Got back from Санкт-Петербург, Россия yesterday!  For those of you who haven’t been working on reading in that alphabet for the past week, I’m talking about St. Petersburg, Russia.  My core course spent the past six days in the city, which was an incredible experience!  I’m going to split this into two posts, because six days is a long time and I took somewhere around 500 pictures. 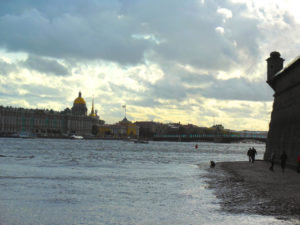 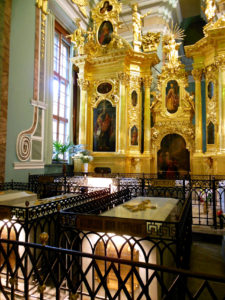 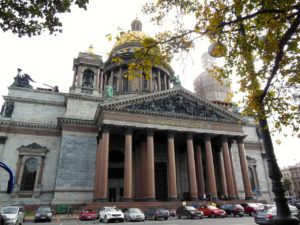 Our first couple days were pretty touristy.  We got up at the crack of dawn to go to the airport, which meant we were still able to actually do some sightseeing when we got to the city.  Driving from the airport to our hotel was fascinating: the buildings nearest to the airport looked much more industrial and communist, but as we drove into the city center we could see the architecture change into a more European imperialist style.  For all of our tours, we were given headphones and receivers so that we could hear our professor even if we were behind the group, or in a room full of other tourists, which made it a lot easier to understand what we were seeing.  Our sightseeing tour that first afternoon included going to a Russian Orthodox mass, where they required all women to cover our hair.  Considering I have never really been to any type of religious ceremony, I felt a little out of place as the Russians lit candles, kissed icons, and crossed themselves.  The evening concluded with us taking a walk on Nevsky Prospect, which seems to be the Michigan Avenue of St. Petersburg. 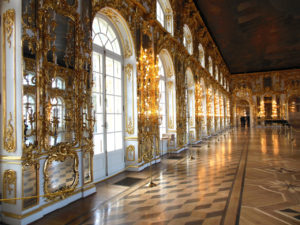 The second day we headed out of the city center to Catherine’s Palace, with was breathtaking.  It was easy to imagine fancy balls and dinner parties among royals taking place there, as many of the rooms were covered in intricate gold leaf designs.  The coolest room was the Amber Room, which had panels of amber across the walls.  Despite originally being looted by Nazis, the room was recreated based on old photographs.  We wandered around the grounds of the palace as well.  A bride and groom were getting pictures done, so our teacher taught us a Russian tradition where you say “bitter” to the couple (it sounded like goy-ka) and they have to kiss.

That night, after a Dostoevsky city walk, our class took the metro!  In Russia, the metro is far enough underground that it can be used as a nuclear bomb shelter.  It’s surprisingly easy to use, since there’s no zone system like in Copenhagen.  For me, using the metro that day was a huge step to feel comfortable in the city, since it’s so important to be able to navigate the place where you are.  I appreciated knowing that I could find my way back to my hotel from anywhere in the city. 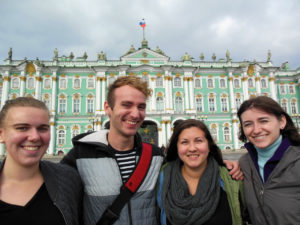 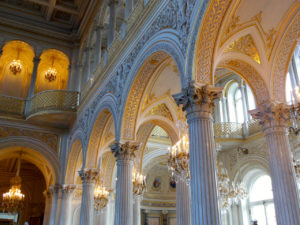 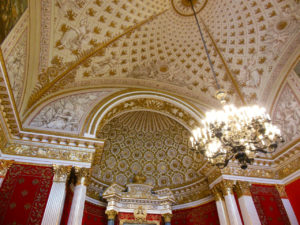 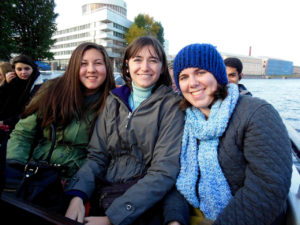 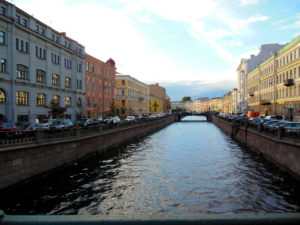 Our third day started out with a canal tour, and then we went to the Winter Palace/Hermitage, which, fun fact, has the largest exhibition of artwork in the world.  Sadly, we only got about an hour and a half in the museum because our professor wanted us to go to the Dostoevsky museum that day as well.  The highlight of that day, however, was that we got to go to the opera!  Although as a former dancer I would have preferred to see a Russian ballet, I love to see any performance, and I was thrilled to see Mariinsky Theater.  The part of the theater we were in had just been remodeled, so it was absolutely beautiful and modern.  Although I learned that I’m not a huge opera person, I still had a great time!