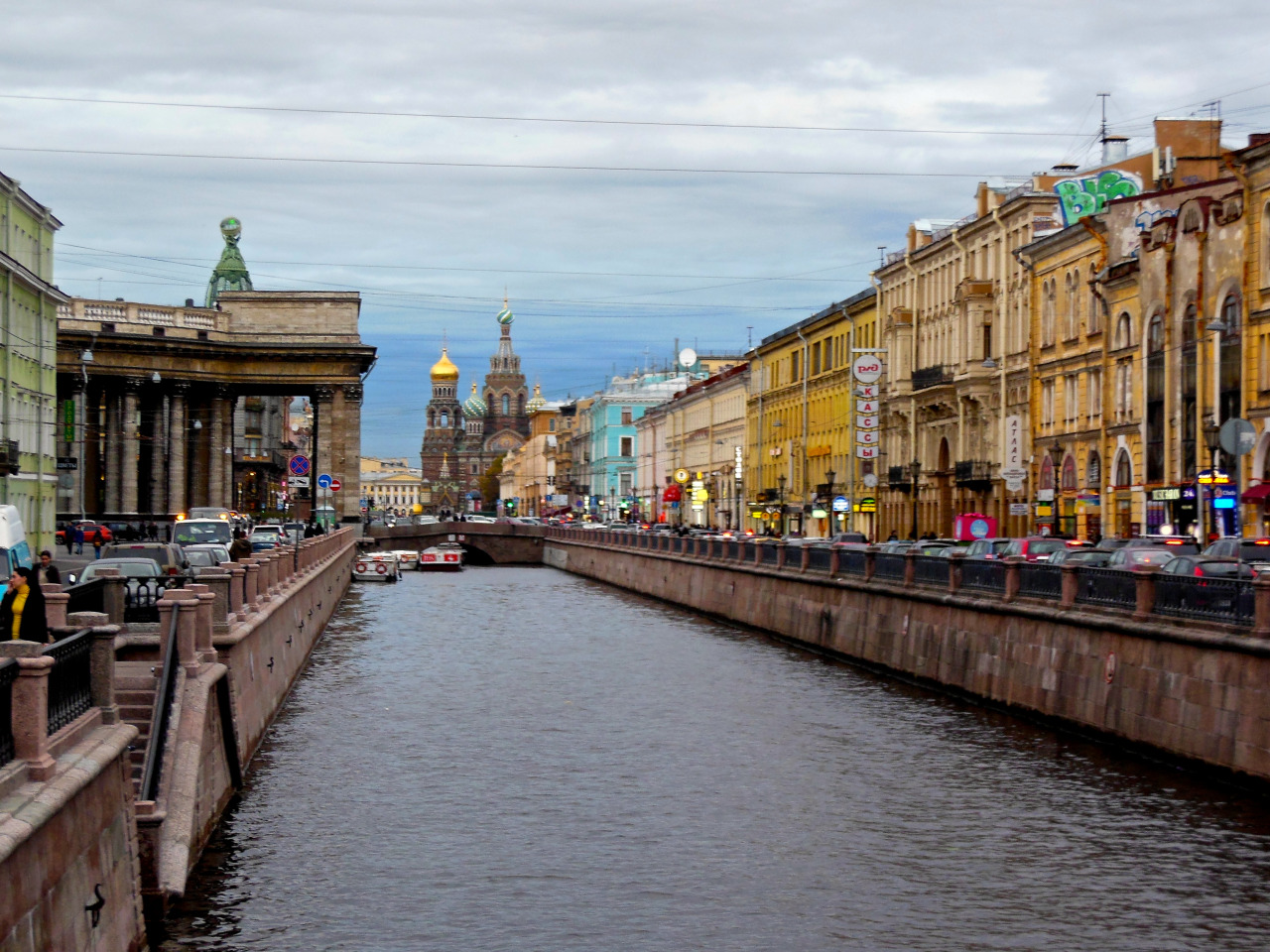 On Wednesday we got some free time in the morning, so my friends and I went to an island in the city and did some souvenir shopping.  Since everything in Russia is so cheap, particularly when compared to Copenhagen, I actually ended up buying a lot more souvenirs than I expected.  In the afternoon, we got to hang out with some Russian students!  Our teacher put us into groups, and my group ended up being four American students and four Russian students.  I ended up talking to a student who was actually from Crimea, and she told me how her Ukranian passport isn’t truly valid anymore and how the time zone in Crimea was changed when they became Russian.  It’s a lot different hearing the ways that it impacted people who lived there beyond what we hear on the news.  Our group ended up going to a modern art exhibit and then we went to one of their apartments for dinner.  Spending time with them made me feel like less of a tourist, and I really appreciated that experience. 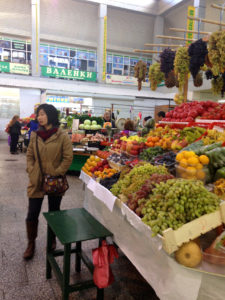 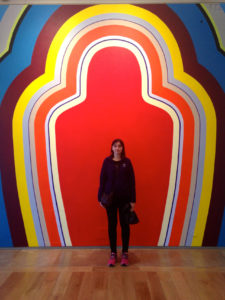 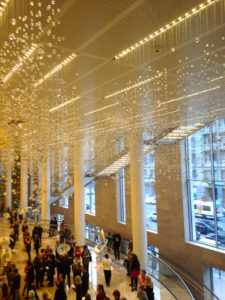 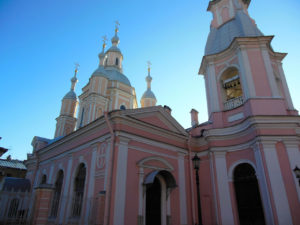 The next day we did another tour of the city, but this one was focused on getting away from the touristy spots.  My favorite part of this tour was going to a communal apartment.  It was clear that it had been designed for the nobility, but during communism each apartment was divided and each family would get a room.  There were fifteen people living in the apartment we saw, and they all shared the kitchen and bathroom.  It would be like living in a dorm for the rest of your life.  This was the first point where I really felt that I was in the former Soviet Union.

We also stopped into a special Russian type of bar and learned the “real” way to take a shot, which means breathing out, drinking it all, eating a bit of pickle, and then breathing out.  Oh, and did I mention it was 11 am? 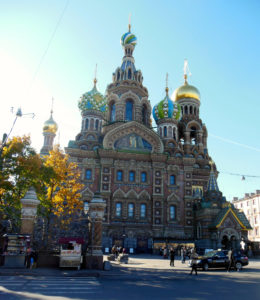 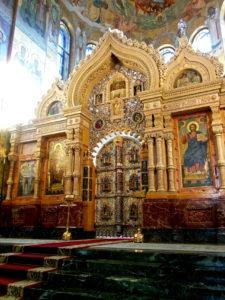 Afterwards we had one more touristy visit, which was going to the Church of Spilt Blood.  It was where Alexander II was assassinated.  It was absolutely gorgeous, both inside and out, and it seemed like the quintessential Russian church with its colorful domes!

A few other thoughts on my week in Russia:

1. The water quality- in St. Petersburg, you can’t drink the water from the tap.  They even recommend making sure to not accidentally swallow the water when brushing your teeth.  Apparently some of the pipes are back from when the city was founded, and they’ve also had problems with parasites.  This is the first place I’ve ever been where the tap water isn’t safe, which made me realize that I was really in Russia.

2. Language barrier- Not only was it the first place with unsafe tap water for me, it was also the first with a real language barrier.  The only places I’ve been to this point are the USA, Canada, and Denmark.  Denmark has a language barrier in theory but I’ve only met one person who didn’t speak almost flawless English.  Russian has a new alphabet and language, and many of them don’t speak English.  Even at the airport I had an experience where the security person was trying to convey that I didn’t need to take off my shoes, but she spoke no English and I spoke no Russian so it took a while to communicate.  This was my first taste of the language barrier and I’m sure it will not be my last, but it was definitely exacerbated by the different alphabet in Russia.

3. Russia as a separate place from Europe- during our Dostoevsky tour our tour guide told us that he “gambled in Europe but not Russia” and I found that distinction very telling.  St. Petersburg, in a lot of ways, does look European, with the facades and the canals; this makes sense considering it was designed to look like the rest of Europe.  Then there are more subtle differences, such as the domed churches and wide open streets, and as you get out from the city center it becomes so different from anywhere I’ve seen with the communist buildings.  Granted, I haven’t been to many European cities, so it might be even more interesting to think about the differences after I’ve seen a few more.

I definitely want to go back to Russia at some point later in my life, to see Moscow and to cross off a real bucket list goal of seeing real Russian ballet.  Nevertheless, I am incredibly happy that I got to go with DIS to St. Petersburg.  They made it easy to get a visa, navigate the city, and experience Russian culture, and they handled all of the logistics.  Even with questionable water quality, cold winds, and difficult interactions with Russian shopkeepers, it was an amazing experience, and I wouldn’t trade it for anything.