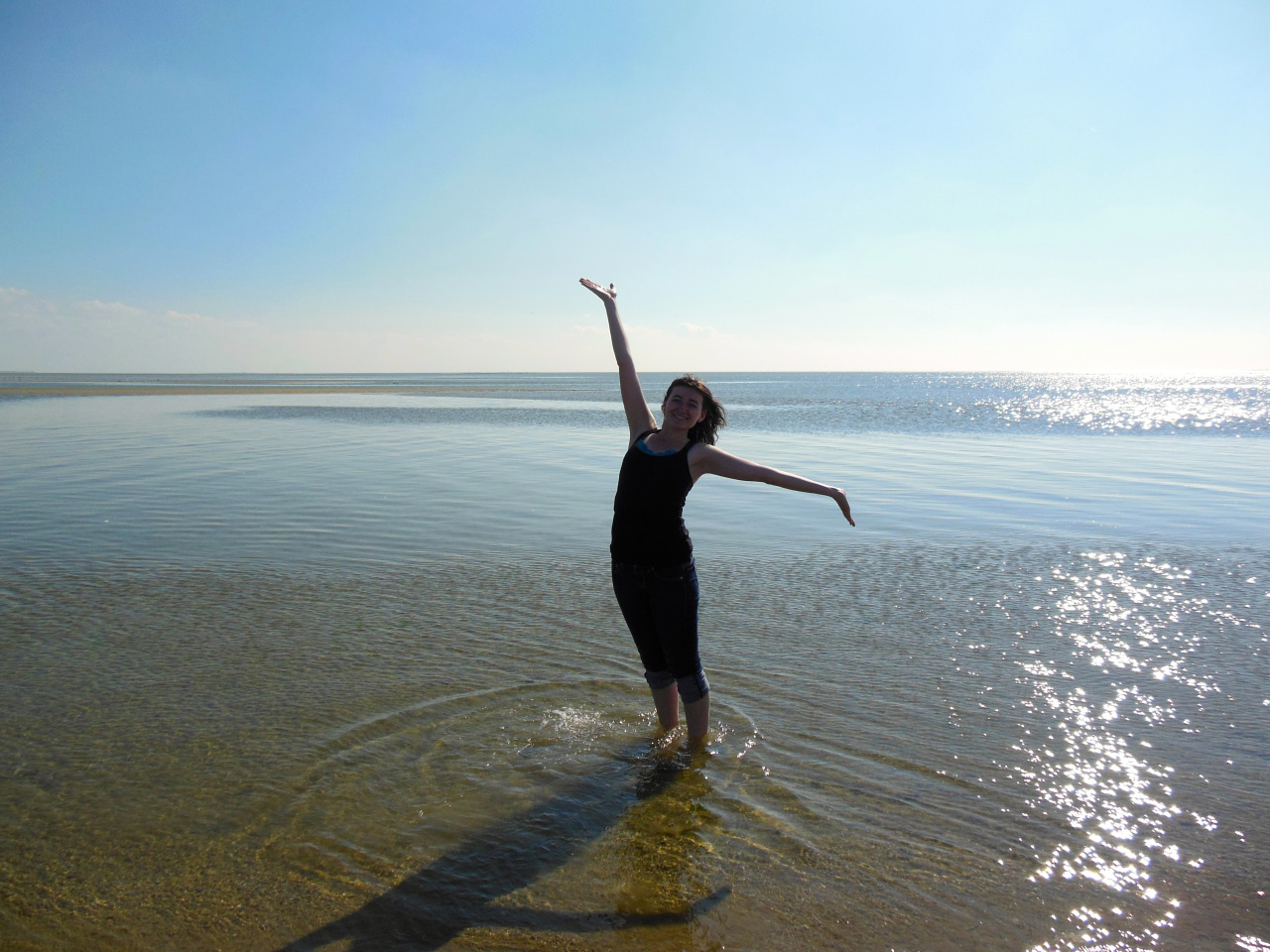 I just got back from a trip to western Denmark with my core course!  It’s nice to be back to my kollegium with wifi, and more importantly, hot water.

This trip was the first time I’ve actually been on continental Europe, since Copenhagen is on an island.  Driving through western Denmark is pretty much the same as driving through the Midwest in the United States, except you have to replace the cows with sheep, add a lot more trees, and give about half the houses the European-style red roof.  Driving across the entire country east to west was also much shorter than basically any road trip my family has ever done, too.  With the same amount of driving, you might be able to get out of my state at home.  If you’re lucky. 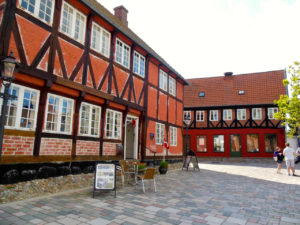 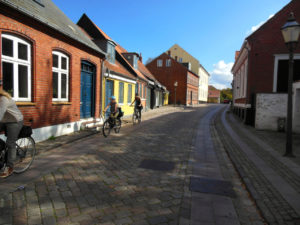 Our first stop was Ribe (pronounced like Reeba) which is the oldest town in Denmark.  It used to be an important city in the Viking times, and now it’s adorable and quaint.  I really wanted to spend more time in the city, but we only had about an hour.  Part of it I spent at a café getting “pancakes” (crêpes) with ice cream.  This café was established in 1583, which is incredible!  It’s been around longer than our oldest monuments on the east coast. The rest of my time was spent wandering through the streets and looking at the architecture of the houses.  Then, we were marched back to the bus so that we could go to Fanø. 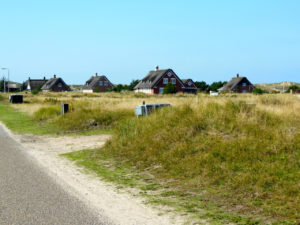 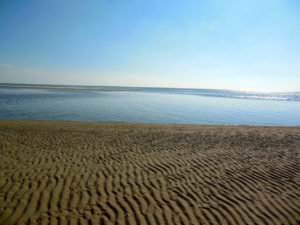 Fanø is a tiny little island off the west coast.  It has two main towns, and we went to the less populated southern one.  Our class stayed in cabins on a campground, where “luxury” meant your cabin had a bathroom in it.  Luckily, my group of girls got lucky and ended up in one of the nicer cabins.  We spent a lot of time walking around on the beach and in the sand dunes, and went into the village as well.  Most of Friday was free time.  We went out as far as the sand was (which was pretty far since the tide was out) and stood in the North Sea. 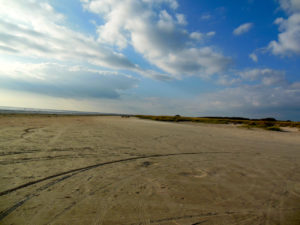 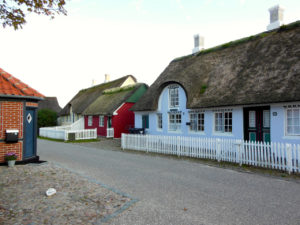 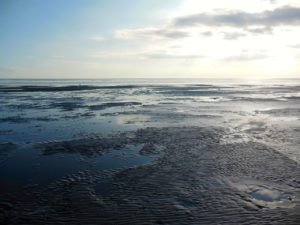 Friday night we went to a folk musical festival as a class.  The musicians were very impressive, and it was great to hear the rhythms of another culture and watch them dance.  I ended up leaving a little early with another girl from my class, and we went to the beach and did some stargazing.  Laying on the beach and looking at the stars with no lights around us was….incredible.  It’s hard to describe in words.  It was more stars than I’ve ever seen before, and probably ever will see again.  It’s hard to find a place that’s so removed from humanity’s influence, and Fanø also had the advantage of being flat so the stars could be seen all the way down the horizon.  It was truly beautiful to experience. 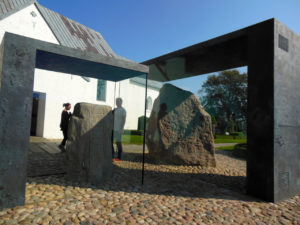 The next morning we headed out, stopping in Jelling en route for lunch and a tour.  Jelling is an important site in Denmark, and is actually one of only a few UNESCO world heritage sites in the country.  The stones are the first place where the name Denmark showed up in reference to the country, and the entire area is a Viking monument.  They used to have a pagan burial ground there, but when Denmark became Christianized they added a church and the site is still currently being used as a cemetery in Jelling.

I’m so grateful that our short trip to Denmark included places that aren’t easy to get to alone.  The experience in Fanø was one that I can’t ever replicate, and it was great to see those pieces of Danish history with knowledgable guides.  In two weeks I’ll be going to my first European country outside of Denmark (I’m starting with Russia.  Go big or go home) but it’s been wonderful to get a better sense of the country I’m living in for these next few months.