This week is core course week, which means I don’t have normal classes.  Yesterday, my core course (the one that will eventually go to Russia) met with a Danish poet and talked about the inspiration for his work.  He also read aloud to us in Danish.  Tomorrow, we’re workshopping our writing in small groups.  The assignment is to write something based somewhat on his method.  Thursday we leave for three days in western Denmark, which will be our first class trip for the core course! 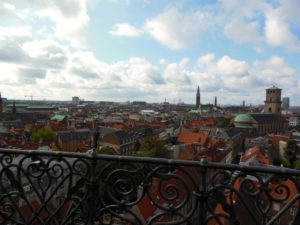 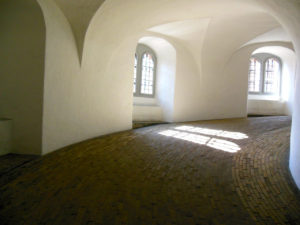 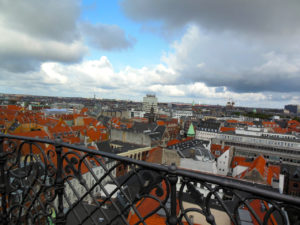 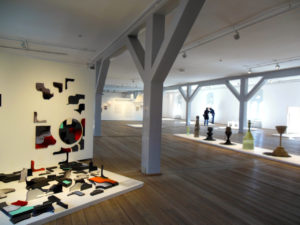 Since today was completely free, I figured I should do a few more ‘touristy’ things.  I climbed the Round Tower first, which had some cool views from the top.  There was also a museum inside with some exhibits of furniture and design ideas from women.  The tower was designed so the king at the time could be taken up in a horse and carriage, because clearly he couldn’t just walk up to his observatory…. 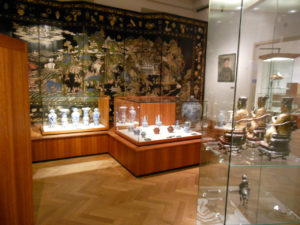 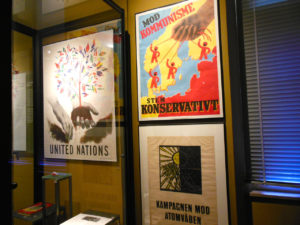 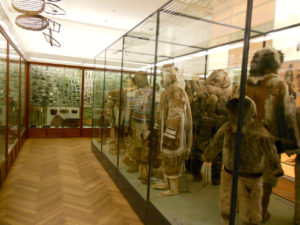 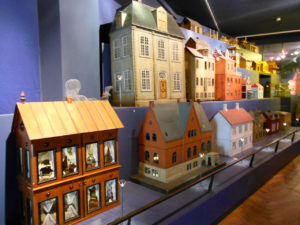 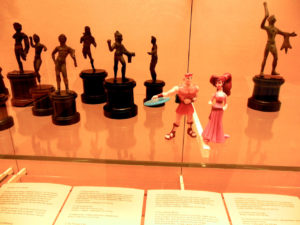 Afterwards, I went to the National Museum, which was super cool and also free.  The exhibits are kind of confusing, so I probably should have picked up a map.  But instead, I wandered around aimlessly, which is more or less how all exploring goes for me in Copenhagen.  There were a ton of artifacts from other societies, and Danish history from around the Viking ages to the 2000s.  I also saw an exhibit on toys and one that was Interiors from the 18th Century.  Probably the best thing I saw is pictured above…. in the exhibit with ancient Greek artifacts, there was a section on Hercules, and someone who works for the museum included the Disney version of Hercules and Meg.  Definitely an ancient artifact.

In other news, I bought myself a copy of the first Harry Potter book in Danish last week, and as I flipped through it last night, I found that the four Hogwarts houses are referred to as kollegiums.  My takeaway from this is that where I’m living is basically Hogwarts.  Also, the Mirror of Erised is Drømmespejlet (no idea how to pronounce that, sorry), which literally translates to ‘The Dream Mirror.’