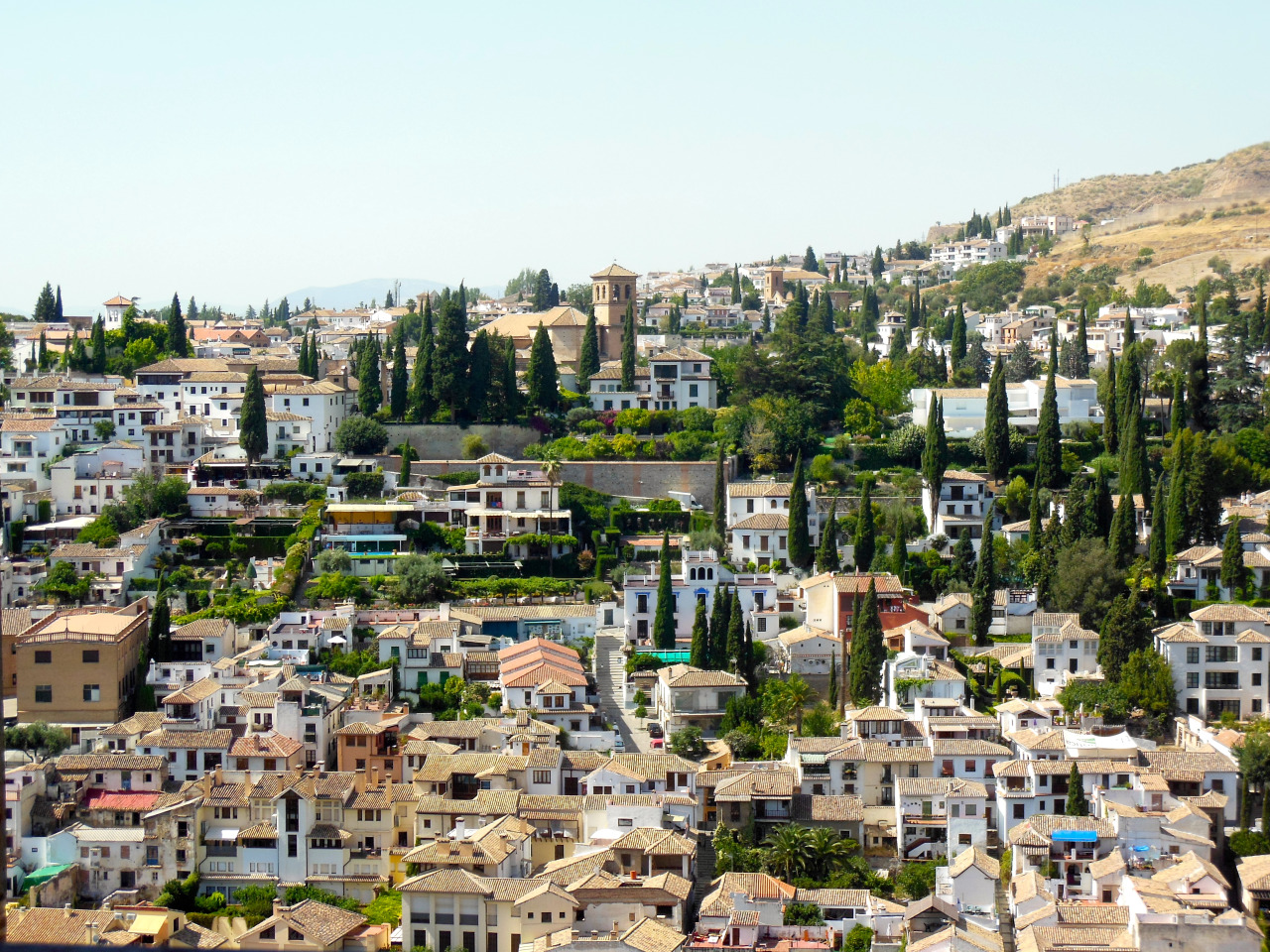 After Barcelona, we headed to Valencia!  It was a long day on the bus, although the drive along the coast was very picturesque.  When we arrived, we did a city tour.  First we went to the modern section, which featured stark white buildings in creative shapes, like a couple that looked like fish or boats.  It was pretty interesting, very unlike anything I’ve seen in the US.  Which might be because our architects aren’t that creative and would rather just make another rectangular prism when they design buildings.  After wandering around the gardens in the modern section for a while, we headed into the older city center.  Our tour guide took us to an ice cream place and had everyone try the horchata flavor, which is a taste that is specific to the region of Valencia and is made of tigernuts.  I thought it was alright, although some people in our group described it as a bit chalky.  From there we walked around, went in a couple churches, and got a sense of the city.  I would have liked to spend a little more time in Valencia, because I liked what I saw while we were there. 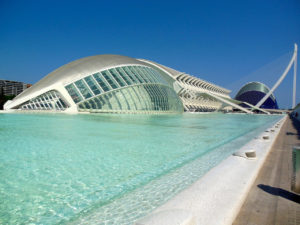 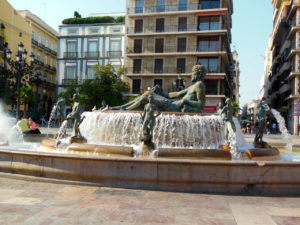 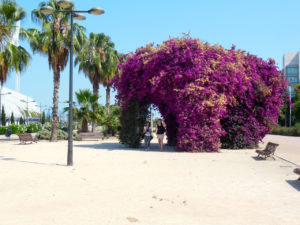 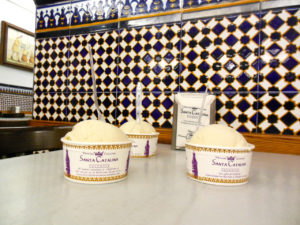 The next day, we got up early to go to Granada. Our afternoon was spent at the Alhambra.  We had the bad fortune to have our visit on a particularly hot day, so it was a little miserable.  We kept dipping our hands in fountains along the way to try to stay cool, which didn’t really work.  Despite all of that, the palace was awesome.  All of the details were stunning, with tiles and intricate designs covering the walls.  The only ugly parts were the ones that Christian monarchs had added years later in an attempt to make the palace theirs, like these awkward ceilings with their crests on them.  Overall, pretty magnificent, and I’m impressed that humanity managed to accomplish anything before we invented air conditioning. 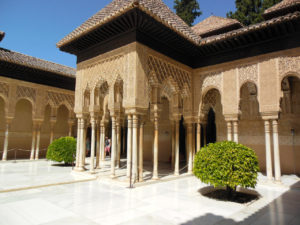 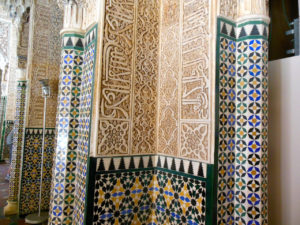 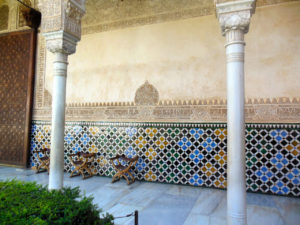 The morning after, most people went on the optional tour to a cathedral.  We decided we didn’t need to see more cathedrals, so we headed into town and checked out the shops.  I tried to buy a dress, except it turned out it wasn’t a dress and so I had to return it and the street vendor was very unhappy.  It was an awkward encounter.  After one more stop at a bakery, we went back to the hotel and met the rest of our group, so that we could get on the bus and head down to Costa del Sol.