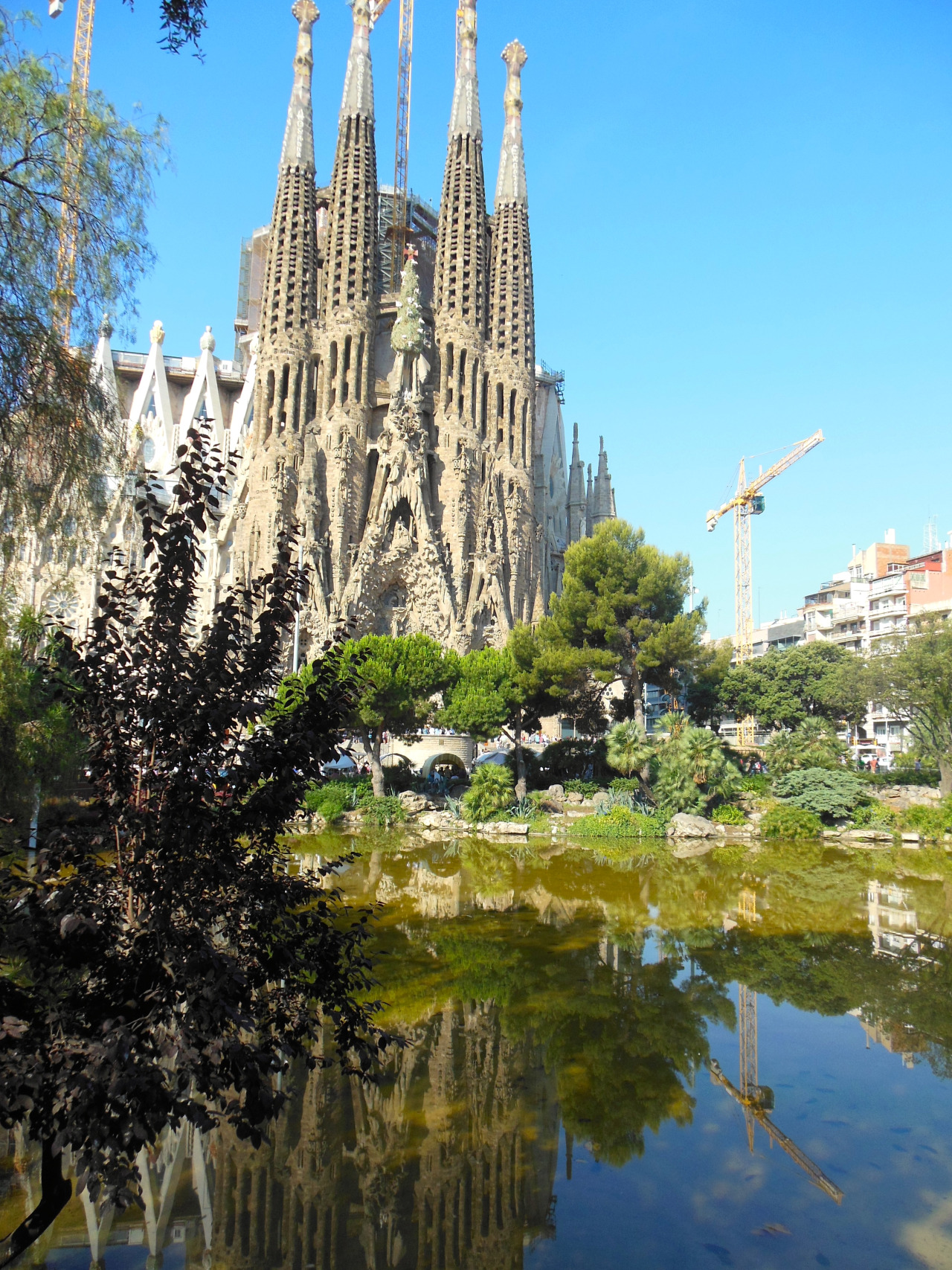 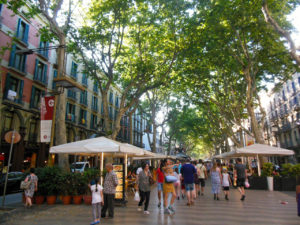 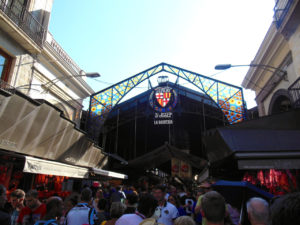 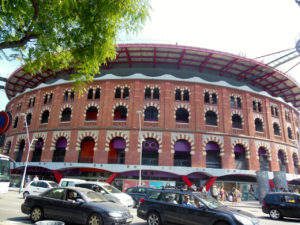 We spent about a day and a half here.  When we first arrived, we did a tour where we got to see the oceanfront area as well as La Ramblas, which is a pretty tree-lined open air market.  Unfortunately our guide walked us through that area at the speed of light, but I still managed to snag an image of Barcelona to join the European art collection for when I have a real place.  We also went to La Boqueria, a food market, which was also pretty cool. 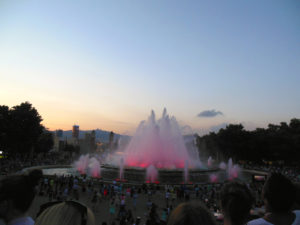 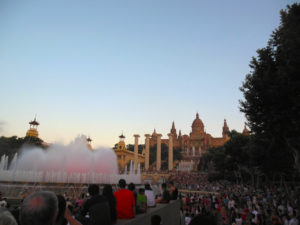 Then after dinner we took advantage of our hotel’s great location to go see the fountains across the street at Plaça de España.  The fountains were awesome, they had colors and movement to go along with modern music- I had been expecting classical music, so I was a little surprised when they started playing Top 40 hits.

As it so happened, the weekend we were in Barcelona happened to coincide with Pride.  So the entire street up to the fountains was blocked off and there were rainbow flags everywhere.  We walked by the whole festival and watched some of the dance acts on the stage.  The whole experience was… very enlightening for my grandma, especially after we informed her that the performers in dresses were actually men.

The next morning we went on another tour, where we saw the Sagrada Familia church.  It was unlike anything I’d ever seen before, and I wish I knew what all the intricacies meant because it seemed like there was meaning and thought behind every detail.  We also went through the Gothic quarter, and we took a drive near the Olympic buildings and up to the top of a hill with a lookout point where you could see the whole city.  At the lookout point, instead of sidewalks or normal cobblestones they used recycled materials like gears and old wine bottles mixed in with the stones, and the effect was very cool. 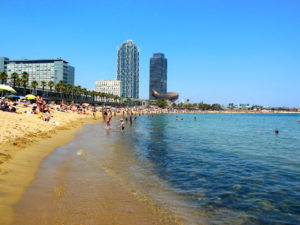 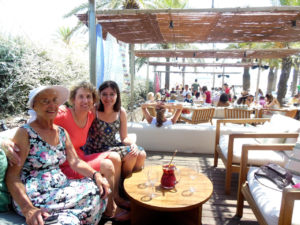 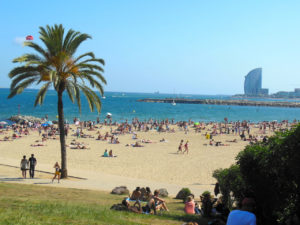 Our afternoon was free, because most of the people on our group were off at a monastery.  So we chose to hit the beach, where I got to dunk my feet in the Mediterranean for the first time.  We walked all the way across, and then we ate a cute little Italian place on the beachfront.  It was a perfect day, with a nice breeze and we ate outside under the umbrellas.  After how busy the previous days had been, it was nice to have an afternoon that was not planned out and scheduled.