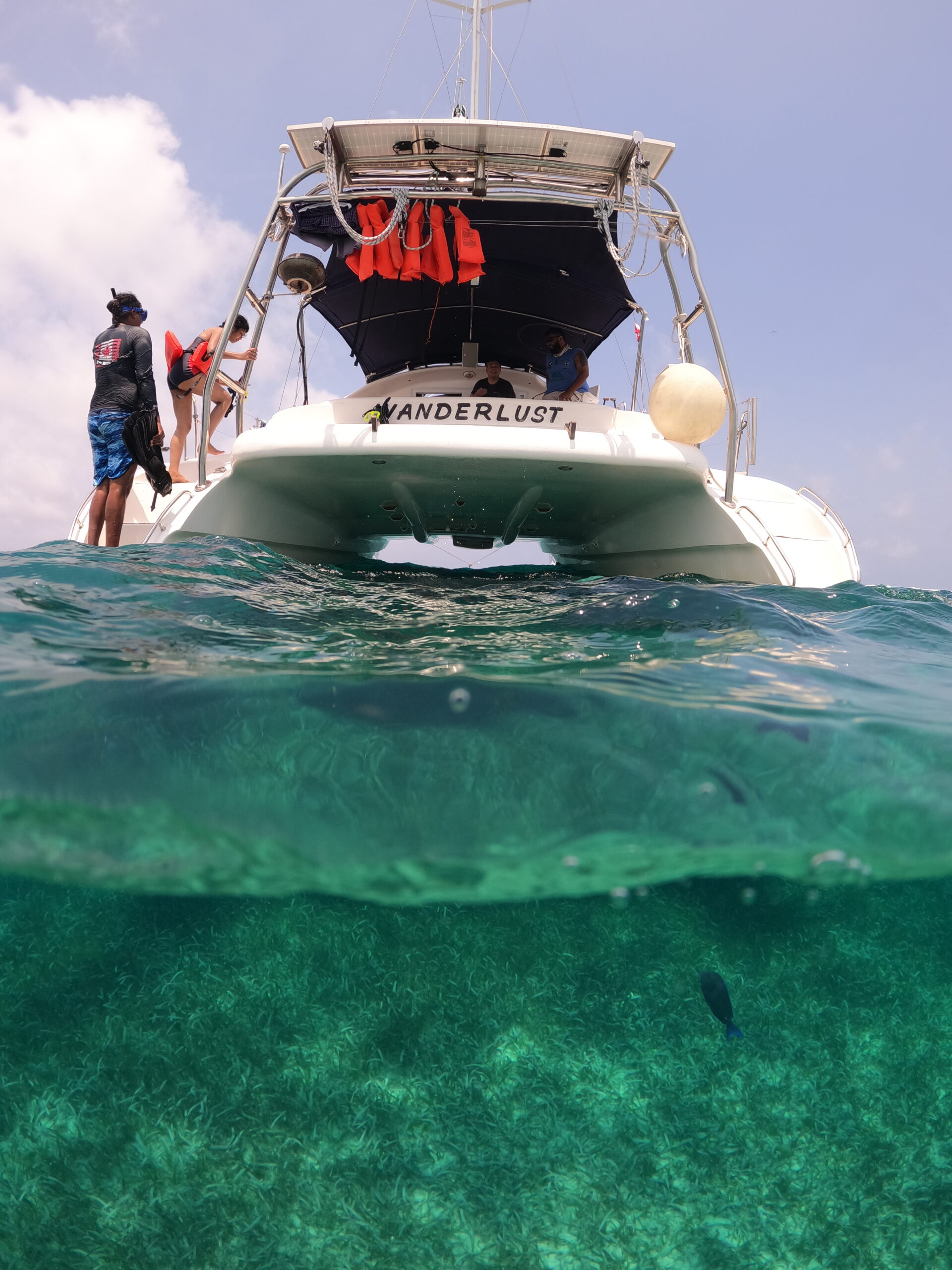 The last few days of our Belize trip were spent on the islands. Belize, fun fact, has the second longest barrier reef in the world! It’s known for having fantastic snorkeling and diving. One of the best places (allegedly) is the Great Blue Hole, although I can’t speak to that because I’ve never been scuba diving. I had a lovely time snorkeling, and Caye Caulker was so welcoming!

Caye Caulker is one of the smaller islands. It’s just south of San Pedro and Ambergris Caye, which are known for having a more developed tourism industry. Caye Caulker is a little quieter and it felt a little more local. Honestly, part of that might have been that we were traveling in May 2021, and there were still lower numbers of tourists when we went, but I loved the feel of getting to know the coffee shop owners and tour guides.

We got there after a long drive back to the coast and an afternoon ferry ride, and immediately fell into that low-key island life. The cocktails were strong, the ocean was beautiful, and we had a great time exploring.

For our first full day, we headed out on the Wanderlust for a full day of snorkeling! There were three stops, and each of them was amazing in its own way. At the first, there was less sea life overall, but we got to see manatees! As you may remember, my first time snorkeling in December 2018 was in Florida to see the manatees. They are amazing, and we were able to see them up close in some of the clearest water I’ve ever seen.

From there, we went to Shark Ray Alley! This is a fairly famous snorkeling spot in Belize. Essentially, back in the day, fisherman used to clean off their fishing equipment there, which started attracting sharks. Now that it’s become a tourist attraction, some of the boats actually feed the sharks. Ours didn’t, but every time they see a boat, the sharks swarm. It was very alarming at first! I questioned whether I should get in the water, but after a few minutes, they settled back at the bottom of the ocean, and at that point, it felt like swimming with normal fish. The barracuda we saw under the boat was scarier, to be honest.

Our third stop was in the Hol Chan Marine Reserve. It’s beautifully preserved reefs, and we saw all kinds of fish and sea turtles.

Despite my multiple applications of sunscreen, I got sunburned so badly in Belize! I had three-quarter length tan lines from my rash guard for months afterward. It was rather painful for the next several days, so I was grateful that we spent the last part of our trip taking it easy.

The following morning, we went to get our COVID test to get back into the US. We all packed into a tiny building on the beach, Venmoed the clinic, and got our noses swabbed. Luckily, everyone on our trip tested negative!

Once we had all breathed a sigh of relief, we wandered around the island a little more and stumbled upon a beautiful beach. The nearby hotel focused a lot on the preservation of wildlife, and so we saw pelicans and stingrays and eels from the dock, along with tiny seahorses in a habitat made for them. I was grateful someone from the hotel was there to point them out, because I never would have spotted them on my own. They also feed the stingrays there, so there was a sign saying the stingrays would be in the area around 6 pm and they were absolutely right. One of the employees told me that the stingrays know to come there if they get trapped in a net or are having trouble, because the people of Caye Caulker help them there on that beach.

That part of the beach is also one of the most incredible places to see the sunset! The next day, we took the ferry to a taxi to the airport and began the process of going home, but that last night on Caye Caulker was a magnificent end to our trip to Belize. I would highly recommend it. There are few countries of that size that can offer such a diversity of experiences, from ancient ruins in the jungle to spotting a manatee in the wild, and it was a great re-introduction to travel as pandemic restrictions eased.