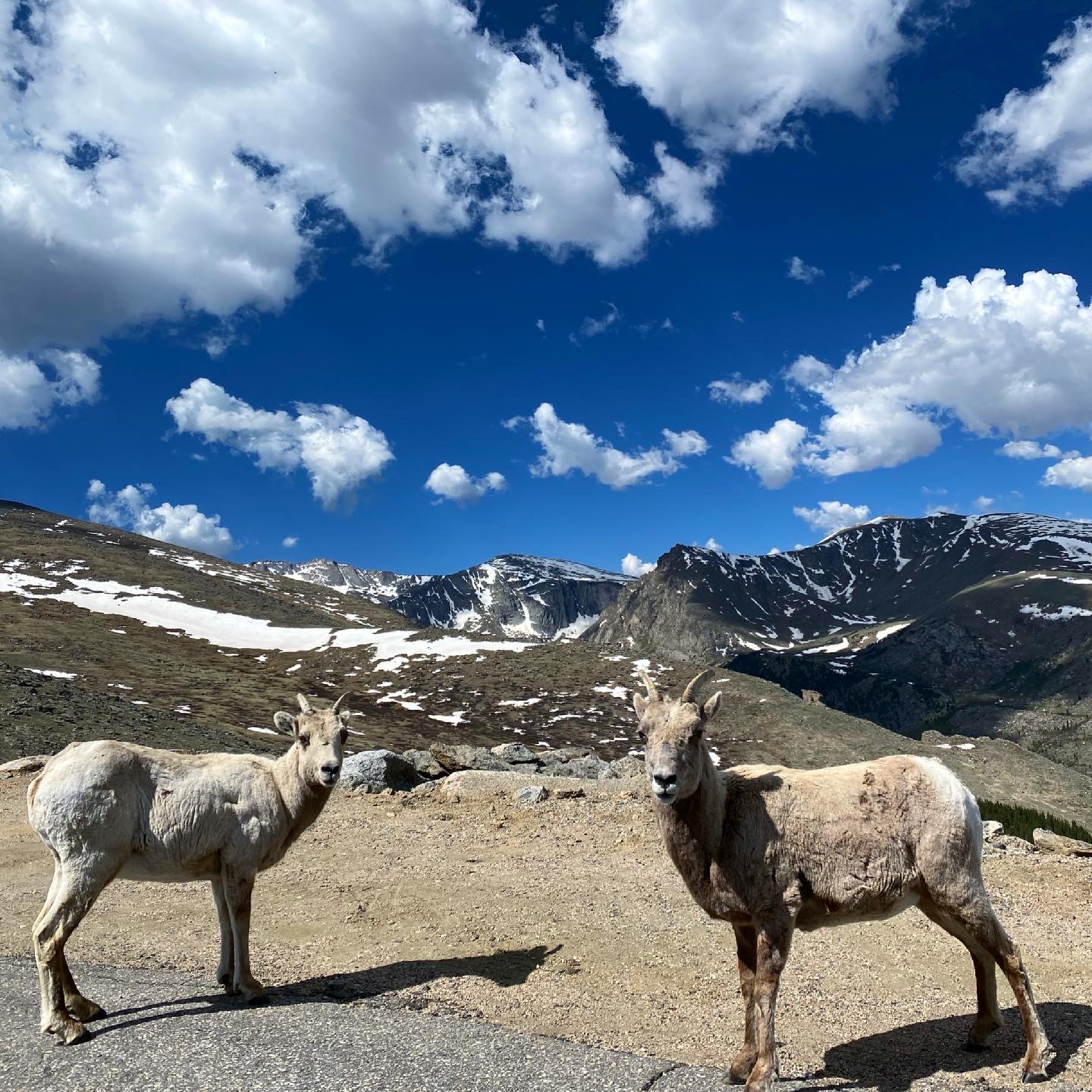 After having to cancel our planned New York trip in 2020, Emmy and I were finally able to meet up in Denver for a long weekend! She grew up on the East Coast and hasn’t spent much time in the West, so it was a fun opportunity to show her the mountains. Up until very recently, she didn’t think tumbleweeds existed in real life, and was convinced they were just a prop in western movies.

We started at Garden of the Gods, which I had never visited either! It was a hot day but we brought water and wandered around. It was pretty busy while we were there. Personally, I’d recommend finding the higher trails that aren’t paved, as those had some cool views and felt a little bit less “on the beaten path.” There are some fun breweries near by in Colorado Springs too, so if you go in the morning, you can make a day of it.

The next day, we headed up to the top of Mount Evans! I told Emmy we were going to go to the top of a 14er and she asked me what that meant, because she lives at 14 feet of elevation. One big note here, the drive to Mount Evans requires reservations now. It didn’t use to, and 2021 was in fact the first year they started doing it. It took me a little longer than expected to get reservations because the system had a few technical difficulties at first, but once they got it sorted out, it was really easy – we just showed the ticket at the base of the mountain.

That view on the drive up is incredible! It’s a pretty limited window in the year when the weather is nice enough, and definitely watch the forecast when you go. We lucked out and had absolutely beautiful weather. Once you get up to the parking lot at the top, there’s a short walk to the actual summit, just so you get to feel as though you’ve accomplished something. One of my cousins reported that you can hike up to the top as well, and we saw lots of people mountain biking their way up to the summit, but our route was significantly easier.

We did accomplish Emmy’s two goals for the weekend, which were (1) seeing the blue demon horse at the Denver airport and (2) seeing a tumbleweed. The second one was only a tiny one on the side of the road as we went back to the airport, but it still counts!