My mom and I have been dreaming about going to Harry Potter World since the concept was announced, and for her birthday this year, we finally went as a family!  After a horribly early morning and two flights for me, we all arrived in Orlando and headed to our hotel.  We stayed on Universal property, at the Portofino hotel, and had an excellent dinner at one of the five Italian restaurants on site.  The hotel was seriously gorgeous.  It looked like an actual Italian city, pretty similar to Vernazza in Cinque Terre. 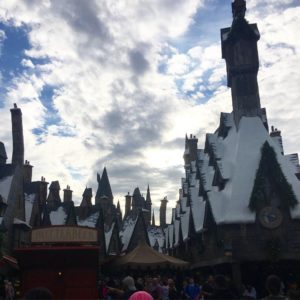 I don’t have many pictures of Harry Potter World, because a few hours after we arrived, it poured.  Torrential downpour, sheets of rain.  We literally dried out our shoes with the hair dryer that night.  Despite the weather, we had a lovely time.  All the Harry Potter rides are awesome.  I got to do magic with my interactive wand, ride the Hogwarts Express, and drink two different types of butterbeer, so it was a day well spent.  It fulfilled all of my Harry Potter dreams, and I almost think the coolest part of all was seeing people walk around casually holding wands.  Almost as if I was genuinely a part of the magical community.

I also tried out most of the rides that Universal has to offer and went to the Chocolate Emporium, which I wanted to try because I had seen their crazy milkshakes on a blog before.  It was an awesome day.

After our day at Universal, we took a Lyft over to Animal Kingdom Lodge and settled in for a busy few days at Disney!  I was impressed with their Magic Bands and disappointed by their transportation.  Once again, I’d like to give a plug to the Disney Tourist Blog, who I read back when I went to DisneySea and I relied on heavily to plan this trip.  I may not be able to imagine going to Disney World for all my vacations, but I appreciate the detailed research from those who do. 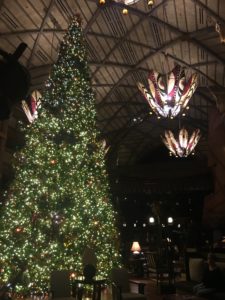 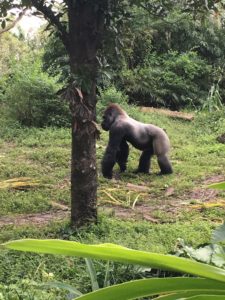 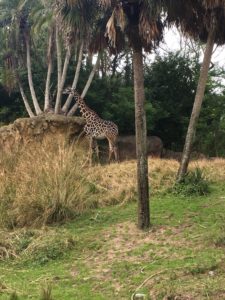 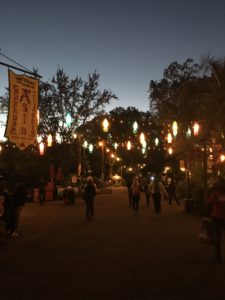 Animal Kingdom – We headed there early the next morning to visit Pandora for the new and incredibly popular rides.  The advice to go an hour before opening worked like a charm, and we found ourselves around Disney regulars who were impressed.  Flight of Passage was awesome, and I would like to also give a shoutout to Kilimanjaro Safaris and the Festival of the Lion King.  Definite highlights.  We had dinner at the Yak and Yeti, which was delicious (although my parents weren’t impressed with the exterior when I first pointed it out!).  After dinner we headed to our Night Safari, an add on where you get a drive through the savannas around Animal Kingdom Lodge.  Our favorite moment was getting close to the giraffes, both to one drinking water close to us and to the baby who started running out of excitement.  Animal Kingdom Lodge also had a gorgeous tree in the lobby, as seen above. 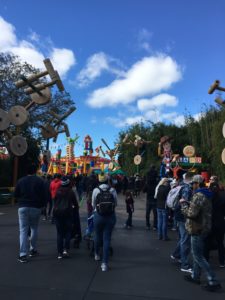 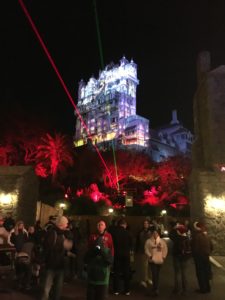 Hollywood Studios – We had a morning and then a night here.  The morning was when we used all our fastpasses and did some Christmas shopping.  I think my favorite ride here was Toy Story Mania.  We came back for dinner at the Brown Derby, where the tables may have felt too close together but the food was delicious.  Mom and I stayed for Fantasmic, which was a great show with projections, live actors, and a moment when they literally lit the water on fire! 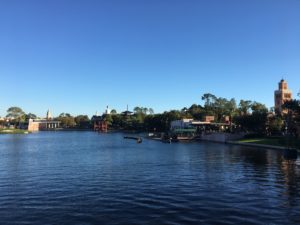 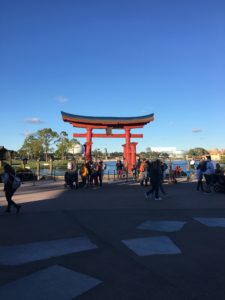 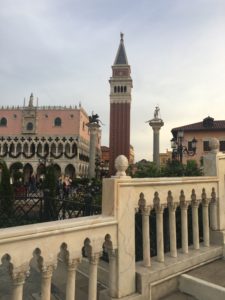 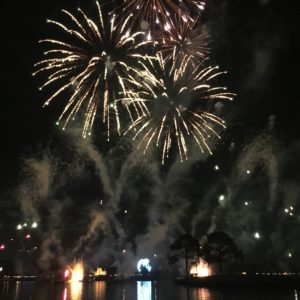 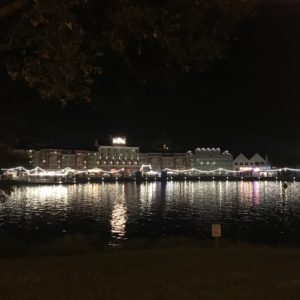 Epcot – We spent about a day and a half here.  As expected, I absolutely adored World Showcase.  We went to all of the movies and walked through all the pavilions, checking out each of the Christmas food stalls.  This was also where the most egregious moment of Disney raising costs showed itself, when I ordered ice wine in Canada and received a glass akin to a shot glass for $11.  We had dinner at Via Napoli, which was excellent pizza.  Soarin’ was a fantastic ride and I would have loved to go on it a few more times.  Dad and I stayed to watch Illuminations, which was amazing.  He’s said that it’s the best fireworks show he’s ever seen, and I must say I agree.  We also moved to Boardwalk for the second half of our time in Disney, which was so cool!  I loved the whole complex, and we had some great ice cream from the place next to our hotel. 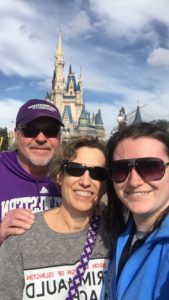 Magic Kingdom – This park thrives on nostalgia, and I went on many rides that I remember from my childhood when we used to go to Disneyland.  Splash Mountain, Haunted Mansion, Autopia, Pirates, the Carousel.  I’d also like to give a shoutout to Jungle Cruise, where our captain was hilarious.  We ate at Skipper Canteen and had another great meal. 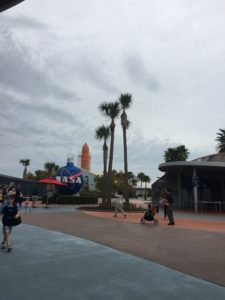 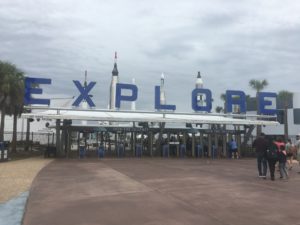 From there, we headed out of the Disney bubble and back to the real world.  Our hotel was out on Cocoa Beach, so we got to spend a few nights near the seashore.  We tried to go to the Kennedy Space Center the next day but found that it was an absurd $57 per person (plus $10 for parking).  Instead, we went to the Cape Canaveral National Seashore and saw dolphins splashing through the water. 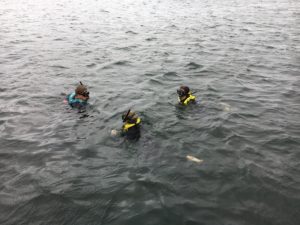 The next day was another thing I was very excited about, swimming with manatees!  There was a bit of a snafu where it was farther away than I thought, but we figured it out in enough time.  And so we headed out on a boat into the areas where manatees come in for the winter in search of warmer water.  I had never snorkeled before.  It was a little intimidating at first, especially when we got in the water and it was raining and choppy and we didn’t see anything in the first area besides scary-looking fish.  I thought at that point that I might have made a huge mistake in insisting we do this.  But in the second and third places we stopped, the water was calmer and we were able to see the manatees, and it was absolutely incredible.  They swam underneath us and right next to us, to the point where we were trying to back up so that we didn’t accidentally hit them while we swam.  It’s amazing to be that close to such beautiful creatures, and it’s something I will always remember.  It was a great way to close out our trip.

1 thought on “Orlando: Magic and Manatees”