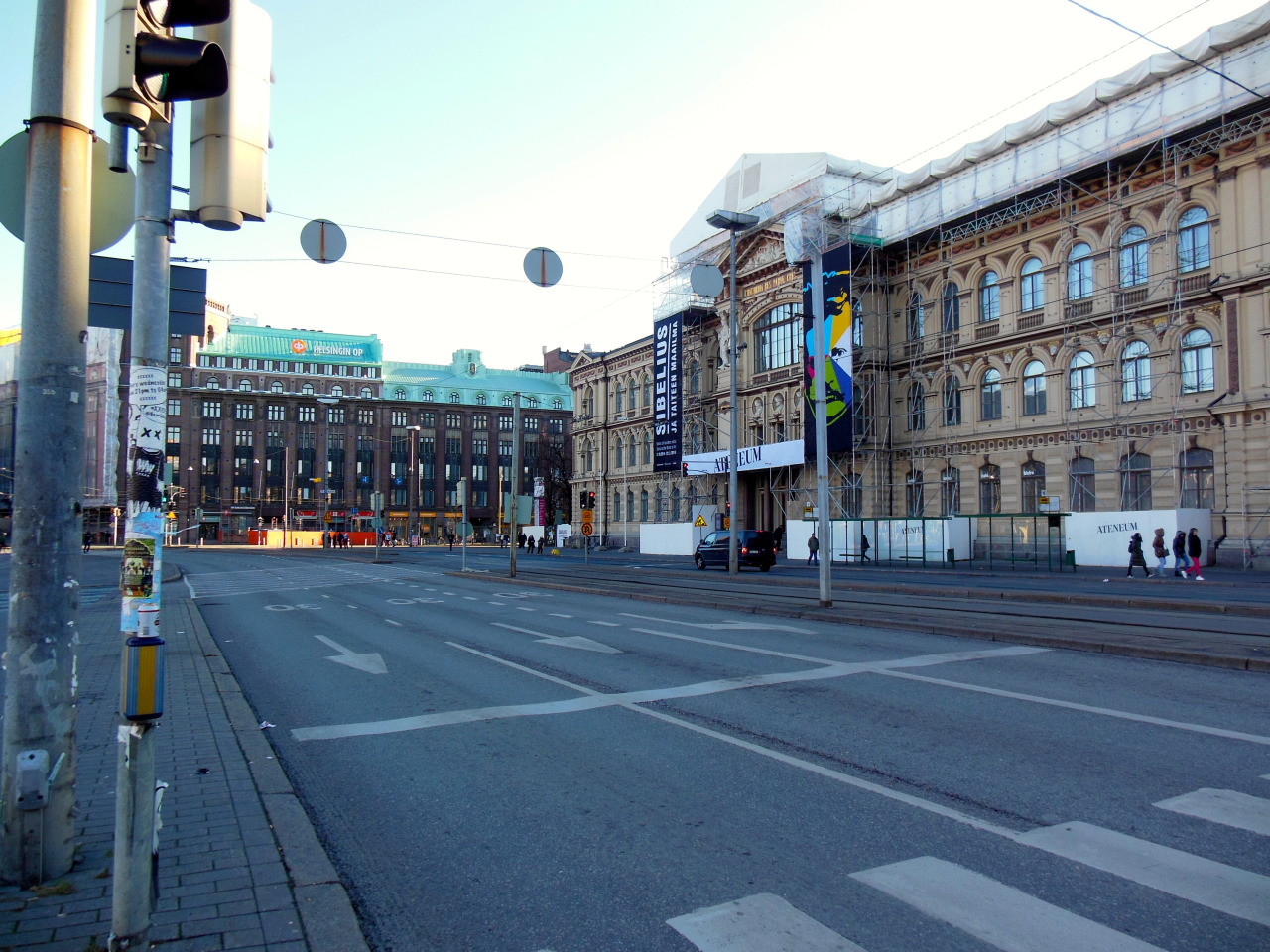 If you’d asked me what my expectations were for this city, I’m not sure what I would have said.  Probably cold, a bit like a smaller St. Petersburg.  Helsinki, however, surpassed all of my expectations.

My first view of the city was from the airplane, and the whole area simply seemed to simply glitter.  After Sarah and I checked into our hostel, we went into the city center in hopes of going to an ice bar, which had unfortunately gone out of business.  Instead, we went to a couple of other bars and got a feel for the city.  The area where we were reminded me of Michigan Avenue, but instead of one street it was pretty much the entire downtown.  Everything was well lit, beautiful, and clean!  Of course, it should also come as no surprise that it was also an incredibly expensive city.  More so than Copenhagen, even.  One thing that was surprising: how many Finns dressed up for Halloween.  The whole city seemed to come alive while we were out, and a good portion of the people out were wearing some form of costume. 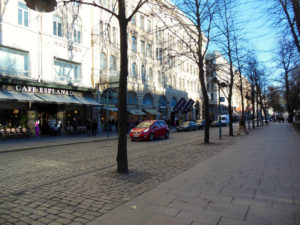 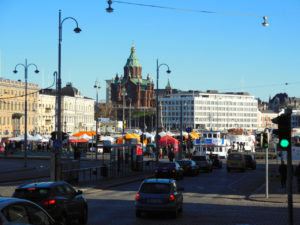 Most of the next day was spent doing an unofficial walking tour of Helsinki, which was perfect because although it was cold, the sun was shining!  We went to three churches, the market square, a park, and the Kappeli restaurant, as well as a place that sold delicious cupcakes. 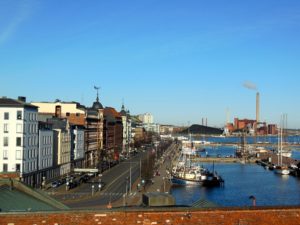 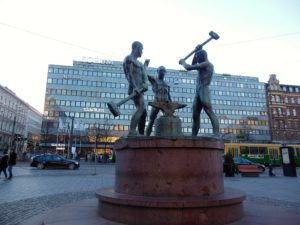 For the early evening, we went to the sauna.  The first one we tried was unfortunately closed, because All Saint’s Day is apparently a big thing in Finland and so most of the stores were closed.  The second one we tried, however, was a success!  This was my first sauna experience, so I’m glad that it was in a place renowned for them.  Sarah and I pretty clearly marked ourselves as Americans by wearing bathing suits, but otherwise we even did the thing where we doused ourselves in cold water in between sessions in the sauna part.  I completely understand the appeal, it was incredibly relaxing!  It made the chill of the night feel much better. 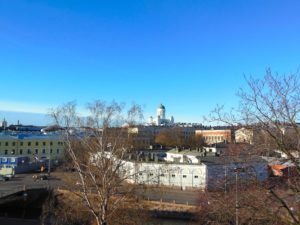 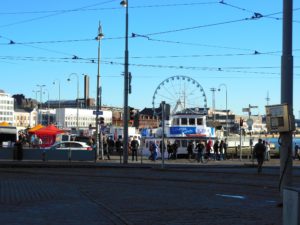 In our day’s travels, we had found some Kraft brand mac and cheese, and did the very American thing and bought it to make in the hostel that night.  Unfortunately, because of the whole All Saint’s Day thing, the regular grocery stores were closed.  We did find a kiosk place that wasn’t closed, and even managed to find milk and butter by using our Danish skills applied to the Swedish words on the labels.  Often, things in Finland are also labeled in Swedish and Russian.  While buying it, the woman behind the counter spoke to us only in Finnish and we responded with “kiitos,” the only Finnish word we know (aka thanks, pronounced key-toes).  Turned out the milk had a bit of a vanilla taste and the butter was strange too, but through the power of Kraft our dinner was still delicious. 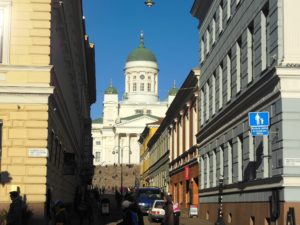 Sunday was pretty rainy, so after walking into the city center, we spent the rest of our time doing primarily indoor activities, like going to the National Museum and looking at Stockmann, which is a giant and gorgeous department store that was kind of like a mall in and of itself and was already decorated for Christmas.  It was strange to see Christmas trees lit up already, with the season fully under way.  It doesn’t get to that magnitude in the US until after Thanksgiving.

If anyone out there is considering going to this city, or Finland in general, I highly recommend it.  Kiitos, Helsinki.