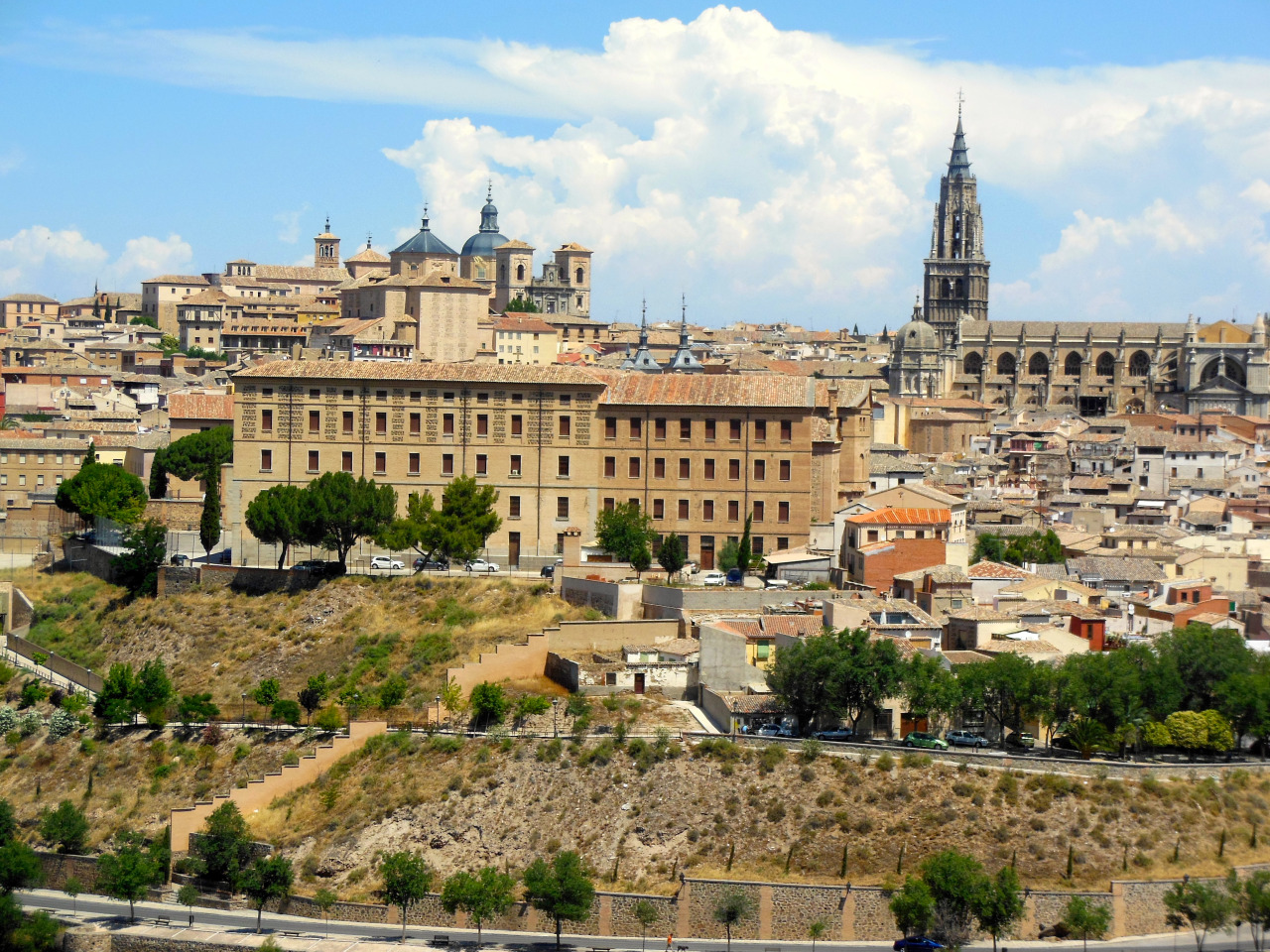 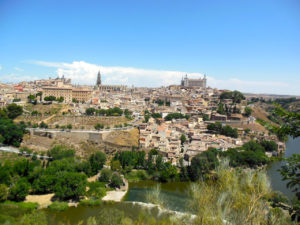 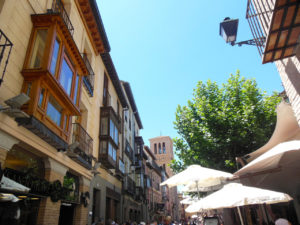 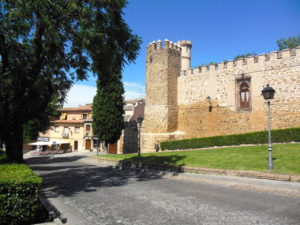 If I had to pick my one favorite place I visited in Spain, I would say Toledo.  When we took the bus there, we stopped at a lookout point where we could see the whole city, and I loved it after one look.  We took an escalator up to the top and then worked our way back down as part of the tour.  It was an afternoon day trip, so we started out with lunch, and then headed over to the Church of Santo Tome and a synagogue.  This was only the second synagogue I’ve seen, the other was in Poland.  But the thing about many of the religious buildings we’ve seen in Spain: they have influences from multiple religions in the same building.  So the synagogue had Islamic architecture, and later in the trip we saw mosques transformed into churches and Christian elements added to Islamic palaces.  Which is pretty cool in my opinion. 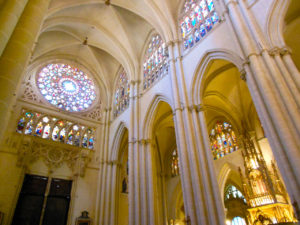 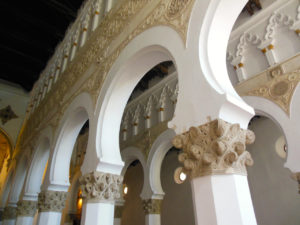 We also did a little shopping.  I added to my art collection and Mom and I found my graduation gift, a Lladro (which is a type of Spanish porcelain figurine and a bit of a tradition for college graduation in my family).  After we were done there, the whole tour group met up again and we went to a Damascene steel workshop, which is very intricate metal work that I saw a lot in Spain.  It’s absolutely beautiful, and the highest quality pieces are hand-made, which we saw people working on while we were there. 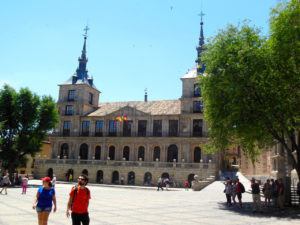 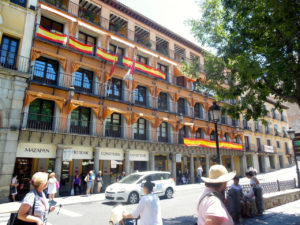 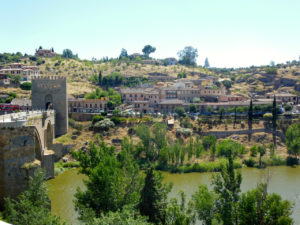 And that concludes the second half of day two of our tour!  Adios for now.