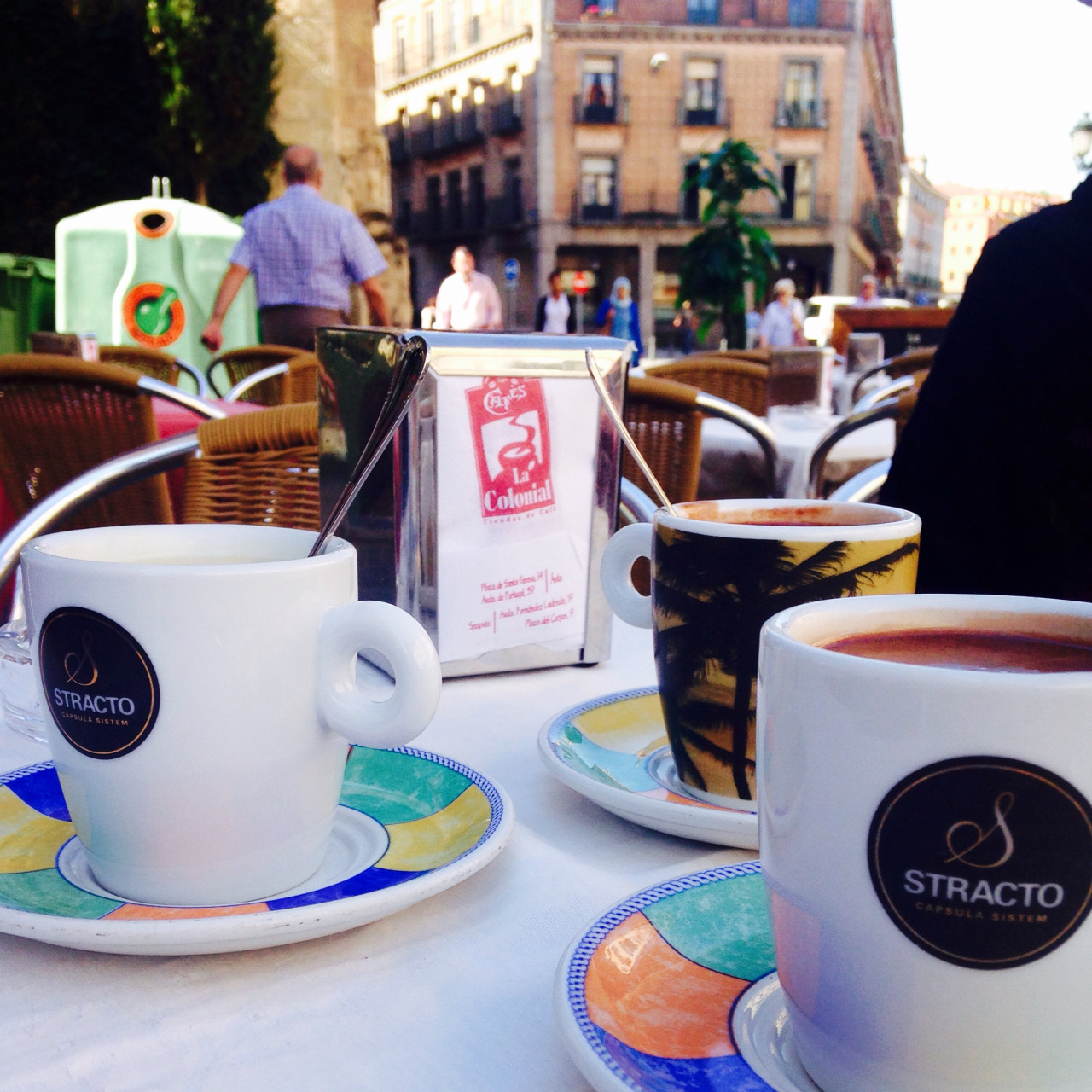 After Madrid we headed up to Basque country! 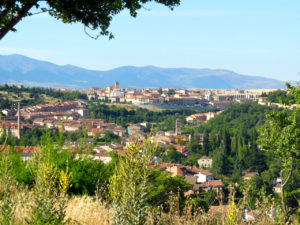 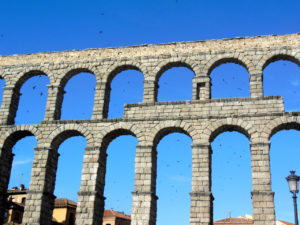 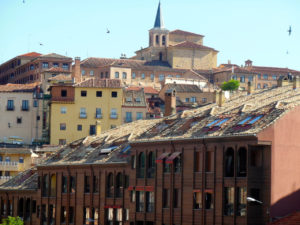 Our first stop was in Segovia, where we saw a 2000-year-old Roman aqueduct.  It’s pretty unreal to go anywhere with history from that long ago, considering the U.S. is such a new country.  We had some free time there, and enjoyed some hot chocolate outside of one of the cafés.  A very relaxing morning, which was followed by a wine tasting.  Which, you know, should have been relaxing….

Except.  I kind of got locked in the bathroom.  There was a sign on it in Spanish, but it didn’t look terribly urgent or important, kind of like an announcement that they wanted to use less paper towels or a reminder not to throw your trash in the toilet.  And someone else had gotten out (escaped?) before me, and just said the lock was a bit difficult.  So I thought, ok, that’s fine, I can handle that.  Ha.  Not quite.  The lock would not turn, and even after it did, the door would not open.  And of course, there was no space between the door and the floor, so I couldn’t get out that way either.  My mom and grandma are trying to help from the outside, and I’m considering the merits of using the sink to vault myself over the top of the stall door, and our tour director is yelling at the people at the winery to fix it…. and finally they brought this guy in, and he did something to the door and it opened.

It was a bit traumatizing. 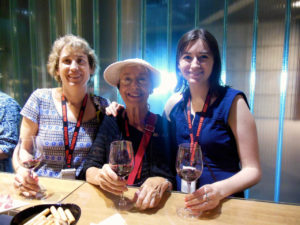 So after that we got to tour the winery, which was cool because they took us through the entire process and we got to see all their machinery and the bottles of wine that hadn’t been labeled yet.  And then they gave us cheese and crackers and wine, which was quite good.  It was Bodega Portia, at Ribera del Duero, in case you were wondering. 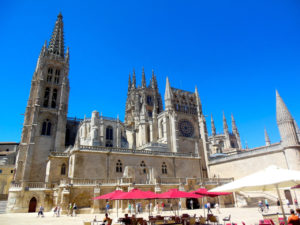 We went to Burgos next, to see the Cathedral of Santa Maria.  It’s this stunning and enormous Gothic cathedral.  A lot of our group went inside during our free time, but we headed to a local restaurant and ordered some sangria.  We appreciated the church from the outside instead. 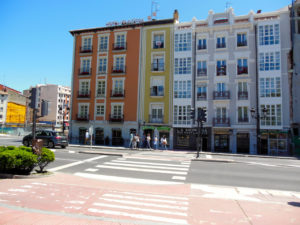 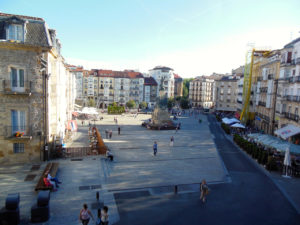 After a little more driving, we finally arrived at our final destination, which was Vitoria.  It was cute, a little more modern-looking.  We walked around and checked out the main square.  After dinner, we headed back to the city center with a couple other people we had met through our tour group, Destinee and Astrid.  Destinee had heard of some sort of alcohol that was supposed to be regional in the north, and wanted to try it.  Well, first of all, there were no Spaniards out, so we went in a bar and were basically the only people in there.  We should have been prepared for the taste, because the bartender laughed when we ordered it…. I believe Astrid described it as cough syrup.  But we ordered a couple other (better tasting) drinks and hung out for a bit, talking to the bartender with our (very limited) Spanish and his (also fairly limited) English.  It was a lot of fun, although we were still a little baffled at how empty the streets were considering we didn’t go out that late.

We had one more day in Basque country, but that will have to be a separate post as we went to three more cities and I took a lot more pictures!