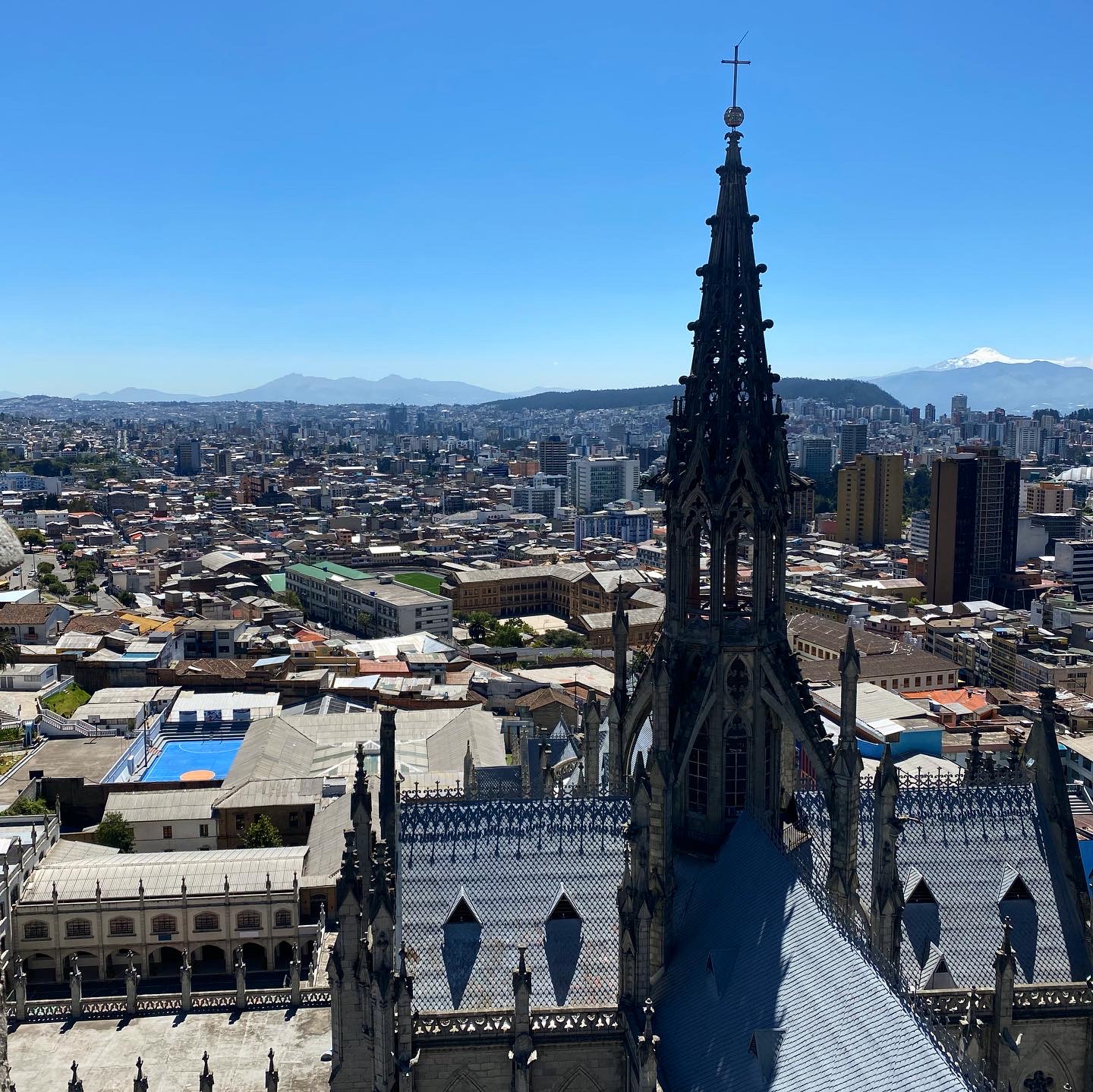 Quito is a much larger city than I’d expected. It’s also as hilly as San Francisco, except it’s at 9,300 feet so going up those hills feels much more exhausting. Still, after Cotopaxi, it was actually a decrease in elevation for me!

I got the chance to explore it for a few days before and after my Galápagos tour, and I had a great time. Becca and I climbed to the top of the Basilica del Voto Nacional, which had some stunning views of the city, and we also went to this amazing chocolate place called Indemini Baez where they showed us the whole process and let us try cacao at various stages in the process. I left with a lighter wallet and a lot of artisanal bars of chocolate, which was a good trade!

We did a fantastic day trip to Papallacta, which are these hot springs up in the mountains. There were hardly any tourists; only locals, which is how you know it’s a good find. Our friends from our Galápagos tour found out about it and let Becca and I tag along, and it was an incredibly relaxing day toward the end of our trip.

We also went to the equator monuments! Yes, I know they’re touristy, and I don’t care. Honestly, I really enjoyed the fact that they had dueling monuments. The one in the picture above is the big fancy one, that the government funded and they spent a lot of money on. And they set it all up there, and then they used GPS to figure out that the equator wasn’t actually there. Oops.

So they created this second monument and museum, which is at the site of the “real” equator, and advertises that in a delightfully passive aggressive manner. They also have experiments where they show you the differences of water going down the drain on each side of the equator and other similar scientific effects. They also have a fairly campy museum about Ecuador and the different regions, and it has what is truly the worst taxidermy I have ever seen.

Quito was an unexpected delight. I was so focused on the other parts of my trip that I overlooked it a bit, but I have some great memories from my time there! There are of course many wonderful parts of Ecuador to visit, but Quito is worth exploring.