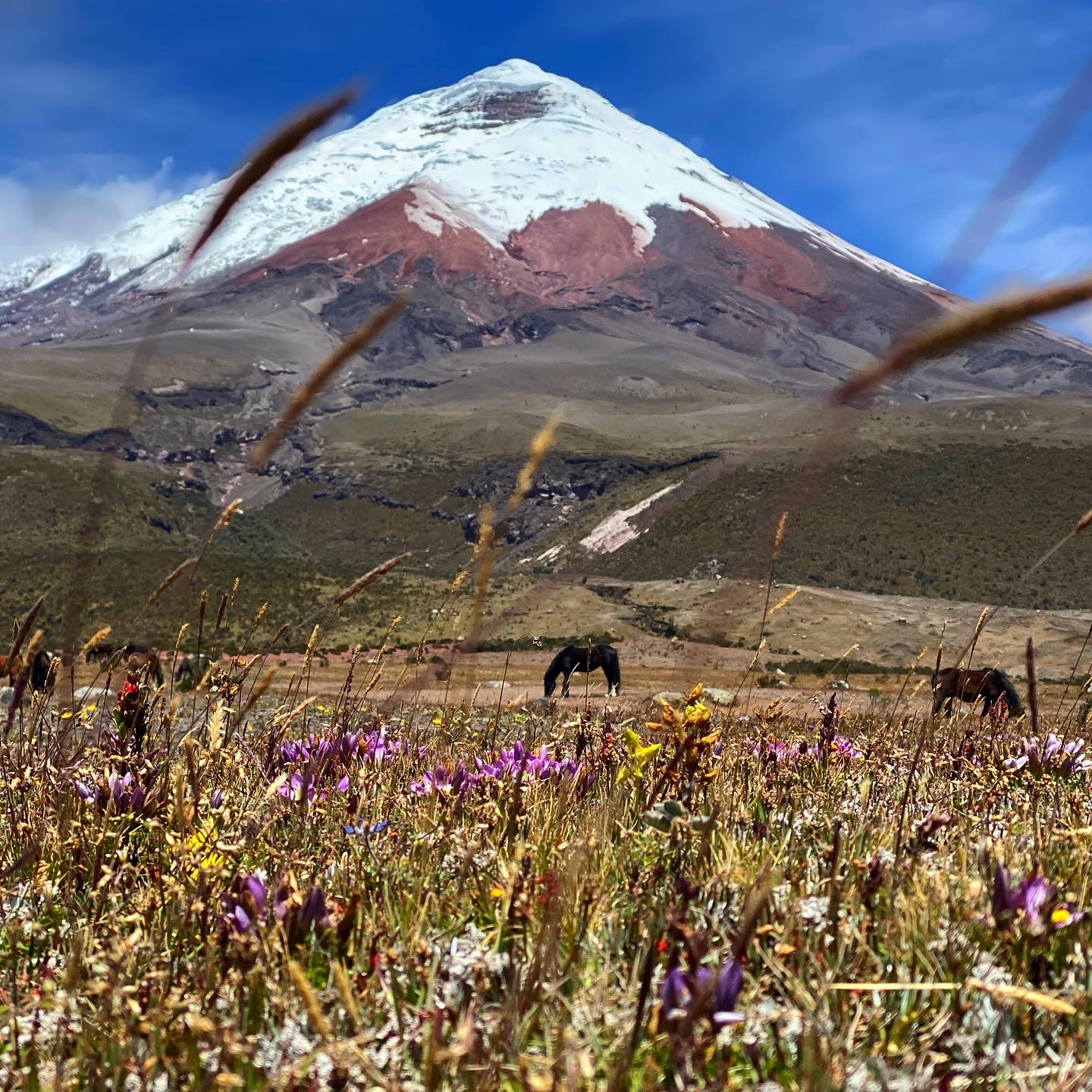 As I planned my international travel for the year, I looked for countries that were accepting proof of vaccines without requiring additional testing and where I could do lots of outdoor activities. It led me to Ecuador! This wasn’t initially the first place I was planning to go in South America, but it was absolutely incredible and makes me so excited to explore more of the continent.

I started my trip with four days at the Secret Garden Cotopaxi, which is a beautiful hostel near Cotopaxi National Park. They had amazing reviews online, and after spending time there, I can see why! It’s possible to book it as a shared dorm, but they also have hobbit houses that you can book. That’s what I went with, and the views were absolutely incredible. In the photo above, it’s a bit cloudy, but on a clear day it’s possible to see the full volcano from the bed.

They have a few included activities, like the waterfall hike above (the water was frigid!) and another hike that we didn’t do. Then they help set up other activities, like horseback riding through Cotopaxi National Park and a hike on Cotopaxi. The meals are all included as well and then there’s alcohol for purchase. We played a lot of drunk Uno and sat around the fire and had an amazing time.

Horseback riding was an adventure, mostly because I hadn’t been in over ten years and when our guide asked if we had experience, Brooke and Christine happily said yes. Let’s just say my horse wanted to go faster than I wanted to go for almost the entirety of the outing, but the scenery was absolutely stunning. Throughout the trip, I was impressed time and time again with Ecuador’s commitment to preserving their nature. I never saw a single piece of litter. Cotopaxi National Park was immaculate.

Our next day was our hike on Cotopaxi! We met other people who were hiking all the way to the top, which is a crazy endeavor that requires ice climbing and starting the ascent at midnight, but we just spent a few hours on the mountain. We started at 15,000 feet, which was already a higher elevation than I had ever been at, and hiked up to 16,000. The air was so thin up there. I should’ve brought hiking boots, as my sneakers were entirely inappropriate (especially for the descent), but live and learn. It was some of the coolest views I’ve ever seen. Truly, if you’re in Ecuador, I can’t recommend the Secret Garden Cotopaxi highly enough!