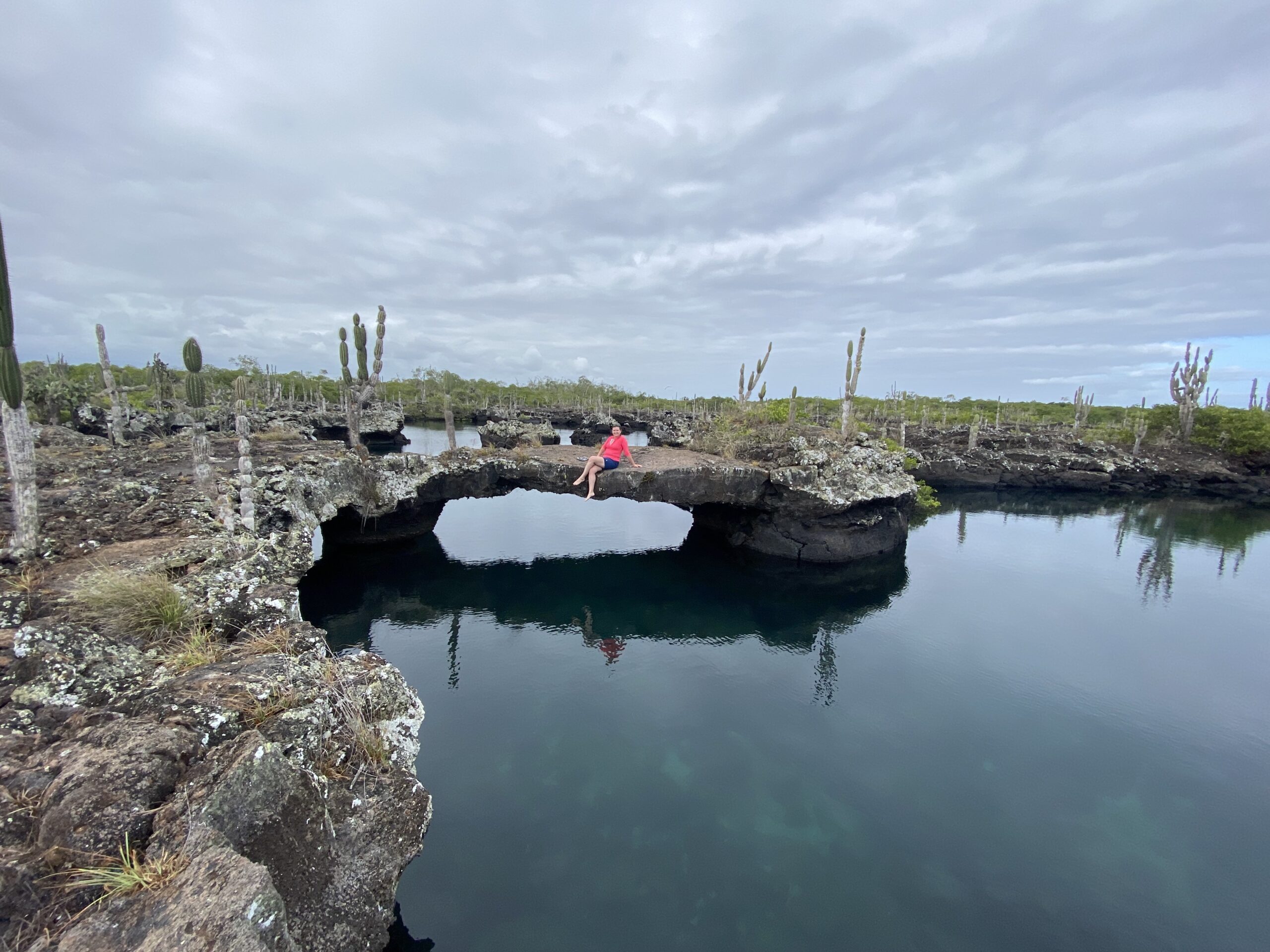 The Galápagos Islands are magical. I’ve known about their existence since biology class in my sophomore year of high school. We talked about evolution and Darwin and the finches, but nothing really prepared me for seeing sea lions lounging on the beach and watching the blue footed booby do its mating dance. The animal encounters were unreal!

We started on San Cristobal. Within twenty minutes of getting out of the airport, we had already seen marine iguanas and sea lions and blue footed boobies on the island. What’s really surprising is how used to people the animals are – it doesn’t phase them at all when you walk by, and most of them are just curious. That baby sea lion in the picture above came over and sniffed my leg as I tried to be as still as humanly possible. It was adorable! All of the Galápagos Islands are considered a national park, and are under strict protections. When we ferried between the islands, we would have our bags checked each time to make sure we weren’t transporting anything organic.

We snorkeled twice on San Cristobal. Once was at a beach, where we got in the water with sea lions. They’re so playful, swimming circles around us and twisting themselves around! It’s hard to believe they even have bones when they swim. They’re incredibly graceful under water, and then they get on land and sort of lumber around. The second time was at Kicker Rock. It’s sort of out in the middle of the ocean. We saw a whole pod of dolphins as we were going out there, which was amazing. Once we arrived, we swam around the rock and through this channel! There were less animals generally at Kicker Rock than other swims we did, but I did have this incredible moment where the sun’s rays were going through the water and I was swimming alongside a school of fish.

Our next island was Santa Cruz, which is known for the giant tortoises. We saw them both in a breeding center and in the wild, which is an incredible experience! The breeding center talked about how they actually raise them there for about the first twenty years of their lives. At that point, their shells haven’t fully hardened yet, and so they’re still vulnerable to predators, so the island takes care of them until they’re old enough to live on their own. We also saw a tortoise mausoleum for Lonesome George, who made headlines for being the last of his kind and being unable to breed and keep his species alive.

I also went kayaking for the first time on Santa Cruz! We went to a lagoon, and saw tortoises and even a ray leaping out of the water. Side note, didn’t know they could do that, and it was somewhat alarming. But kayaking was fun and super relaxing.

Our third and last island was Isabela. This was the source of our best bird encounters! I saw a flamingo in the wild for the first time, and we also went to a nesting site for the blue footed boobies. I even got to see them do their mating dance! It’s amazing to watch. The whole thing is focused on how blue their feet are, and they pick up their feet and shake them at potential mates. One also picked up a stick and started whistling. Their feet really are shockingly blue. It doesn’t look like something that should be possible in nature.

The place we snorkeled here had so many sea turtles, and we got to swim right next to them. We also saw quite a few reef sharks. They’re mostly very shy, and wanted to swim by us very quickly to get to their caves. I did get a video of one though!

We also went hiking into a volcano, the Sierra Negra. Once again I regretted my lack of hiking boots on this trip as I slipped through the mud. But it was so cool to go through the volcanic rock and see all of the rock formations down at the bottom. I got extremely sunburned on this day but it was still a great hike.

I didn’t want to go home at the end of our week there. I just wanted to stay and sit on the beach and watch sea lions sunbathe on rocks, but all good things must come to an end. If you’re going to Ecuador, be sure to visit the Galápagos!