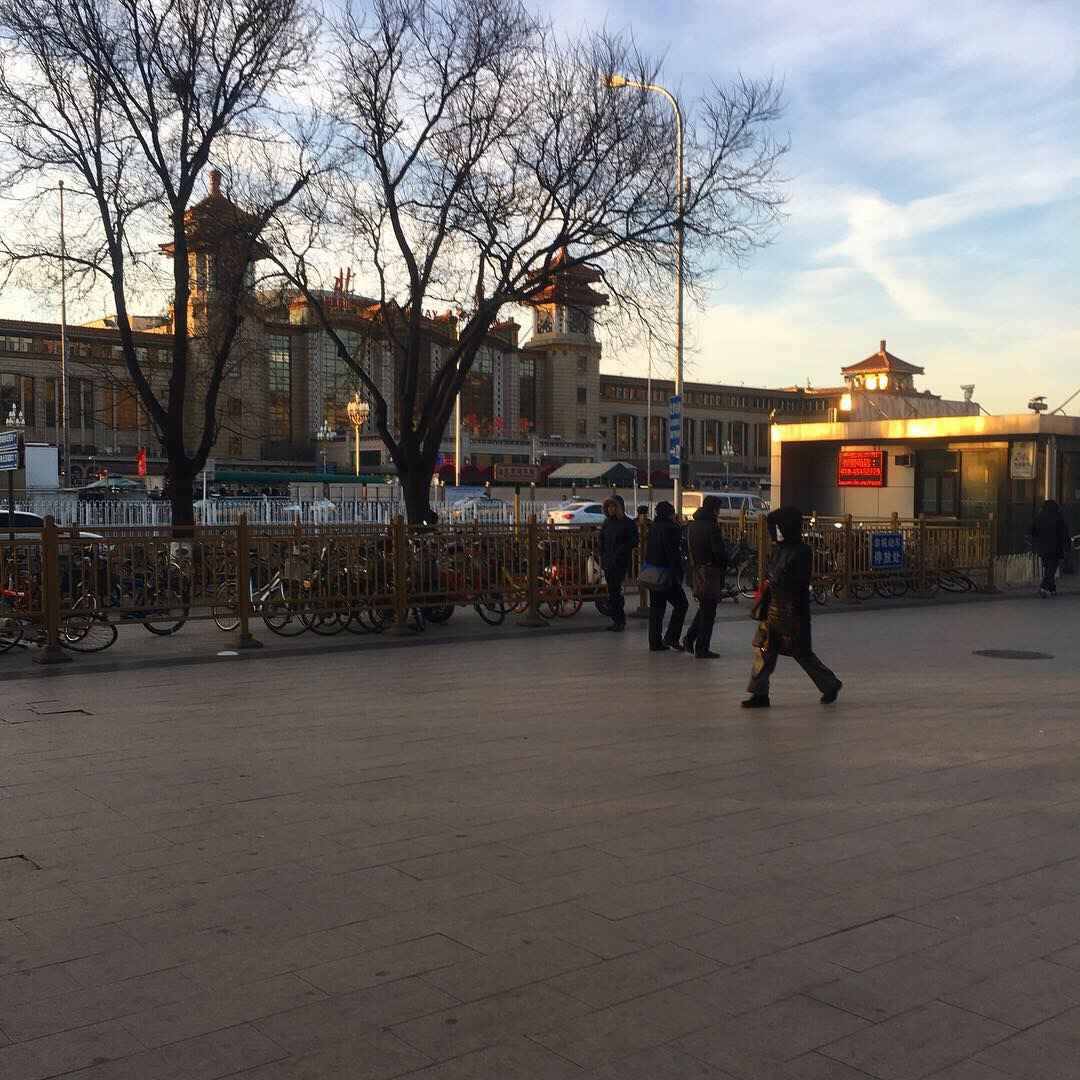 My trip to China started when I landed to the Beijing Airport and went to an ATM, where I found out that I couldn’t get any money.  I tried all of the ones in the airport and talked to the information kiosks, and when neither of those worked, I stood in front of the ATMs for a while and cried until another traveler took pity on me and let me Venmo him for cash so I could get to my hotel.  After Facetiming with my bank for an hour at midnight and about six more ATMs later, I finally found one that would accept foreign cards and managed to withdraw the money I needed for the trip.  It wasn’t exactly the beginning I was hoping for. 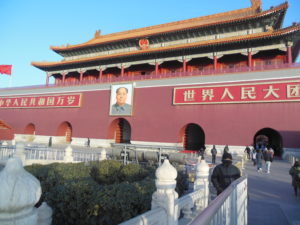 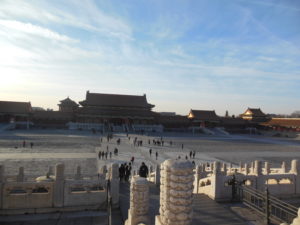 Once I sorted out all my money issues, I set about visiting the Forbidden City.  I ended up hurrying through it a bit, because it was a frigid morning and despite its moniker “The Palace Museum,” the visit is entirely outside.  Still, it was amazing to see the scale of the palace that the emperors used to live in.  The rooms were intricate and beautiful. 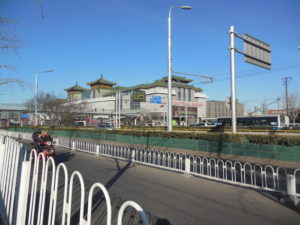 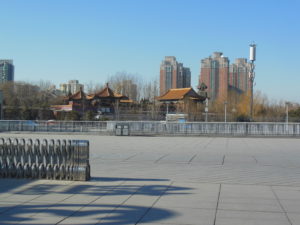 After a long and cold walk back to the metro from the North Gate, I continued my visit through the landmarks of old Beijing.  I went to the Lama Temple, which is an extensive Buddhist temple, and watched as people burned incense.  They had these magnificent statues of giant gold Buddhas.  Across the street from the temple, there was an area of hutongs.  Beijing used to have more of them, as that was the traditional way people lived there, but many have been torn down by now.  It reminded me a lot of the Latin Quarters in old European cities, with twisty and narrow labyrinth streets.  It felt invasive to wander through them, where people were still clearly living, but it took me a while to find my way out. 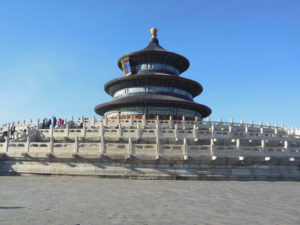 For the afternoon, I headed to the Temple of Heaven.  Ironically, I just saw the “Disney-ized” version of this in Epcot a few weeks before this trip.  The Temple of Heaven complex is a lot more extensive than I thought it would be, with a portion where they used to prepare animal sacrifices and a park.  My favorite part was walking through the Long Corridor, where a bunch of Chinese people were playing cards and some sort of checkers game together.  While walking through there, I got my first taste of being a white tourist in China.  One guy wanted to take a picture with me and a security guard came up to shake my hand.  I had seen this behavior as a tourist in Russia, but it’s strange to have strangers want to take pictures with you. 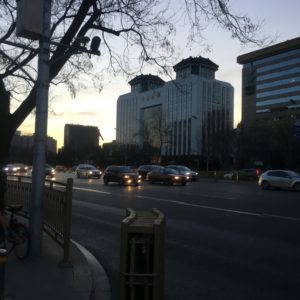 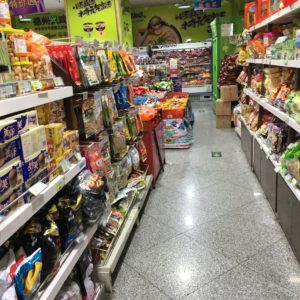 I also visited my first grocery store this evening, which was a bit of an adventure.  I don’t read Mandarin and most of their labeling didn’t even have pictures that made it clear what the flavorings were, so it took me a while to settle on the types of snacks I wanted to try.  From there, I headed on a night train to Harbin for the ice festival and spent the next day there. 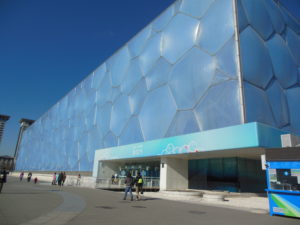 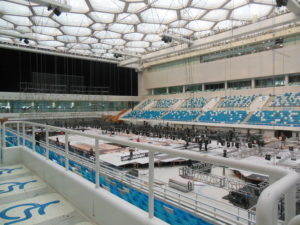 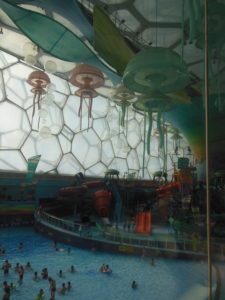 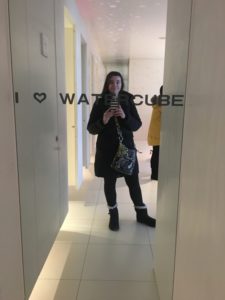 When I got back to Beijing, my priority was the Olympic Park!  I have always loved the Olympics, and the 2008 Beijing Olympics was an amazing spectacle.  Who can forget the drummers, all in perfect unison?  I was beyond excited to be there.  Curiously, the Water Cube (where Michael Phelps won all those medals) has been transformed into half water park and half mall.  There are restaurants and shops, and if you go up to the top floor, there’s an art gallery. 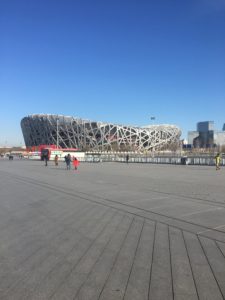 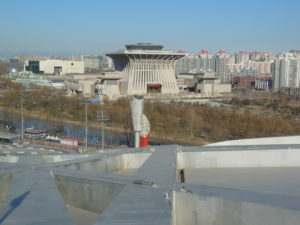 From there, I headed to the Birds Nest!  I splurged for the “VIP” ticket, which meant I could go to the walkway on the very top of the stadium.  They were using the stadium to host a winter festival, with some snow sculptures and gentle slopes for kids to slide down.  It was great, and I spent much of my time there in disbelief that I was actually there. 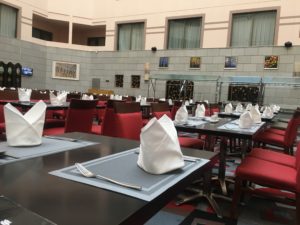 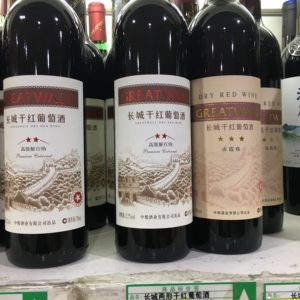 I had an early dinner that evening at my hotel, the Howard Johnson.  Something my parents found absolutely hilarious, since it was historically a Midwestern chain hotel.  Because I was there before most people would go to dinner, I was completely alone in the restaurant, which was a wild experience.  I did get to finally try Chinese wine, which was something I had wanted to do since I first went to that convenience store and found that their main label was Great Wall wine.  It was pretty decent for the price point.