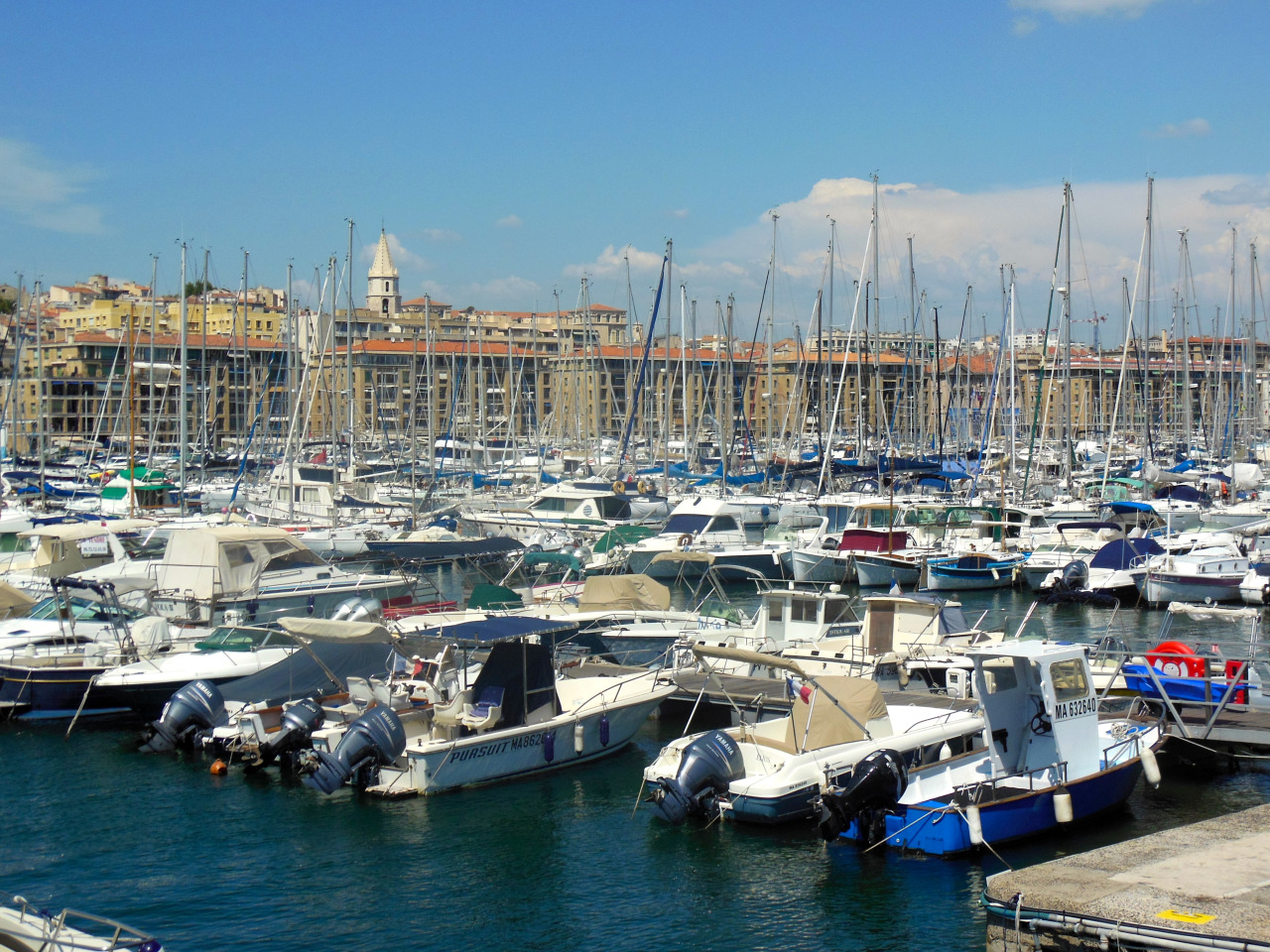 I spent three and a half days here and had a lovely time.  Part of my goal was to go to the French Riviera and go to the beach!  Mission accomplished.  I also got to soak up some of the regional culture of Southern France.

My first day there I didn’t do much, because I had that interview that I was supposed to have in London until I lost my voice.  I still sounded pretty hoarse, but hopefully it went well!  I did head up to the grocery store, which meant I got to check out my neighborhood a little.

Marseille is different from anywhere I’ve ever been.  It’s definitely not the picturesque petite village that comes to mind when you imagine Provence.  It’s not the same as the sleepy beach villages in Spain, nor does it conform to the European cities I’ve visited before.  It’s not conventionally pretty in the same way as Paris or Strasbourg.  There’s an edge to it, a certain grittiness and realness that you don’t find in places overrun by tourists.  And when I say grittiness, I don’t mean to imply that it’s unsafe.  In fact, it felt very safe, and everyone I talked to was very friendly.  I mean that the walls are covered in graffiti, and the buildings are a bit run down.  It doesn’t have the same glass and steel offices in the skylines.  In fact, if it wasn’t for the graffiti and cars lining the streets, I might feel as though I’d stepped back in time. 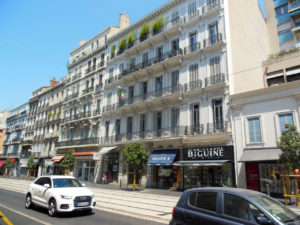 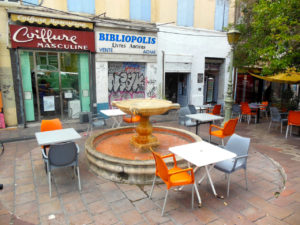 Now, I didn’t do all, or really any, of the touristy things in Marseille.  First of all, it was incredibly hot while I was there, and my apartment had no air conditioning.  However, I also reveled in a few days with no responsibilities.  When I don’t have places to be, the pace of Mediterranean life is perfect.  I spent time at the beach, at the Vieux Port, and at cafés behind the apartment.  And most of my time I spent… just walking.  Wandering through the streets, stopping in stores.  Examining the different winding roads. 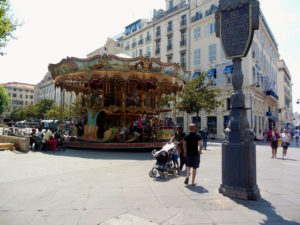 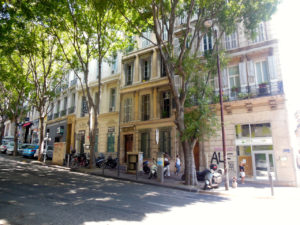 I don’t have any truly great stories from Marseille.  Once a woman bounced a basketball at me and asked me throw it back to her, a man at a café shared a laugh with me about a bird stealing a French fry, I took a picture of a man from Dubai who was a little upset that he hadn’t actually beat the summer heat.  Those are the most interesting things that happened to me.  Mostly I just observed, and relaxed, and put my water bottle in the freezer to try to stay cool(er). 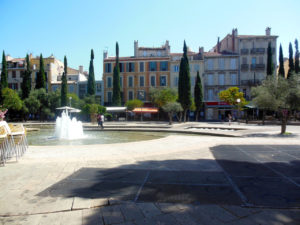 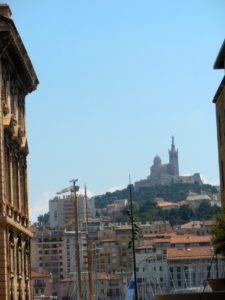 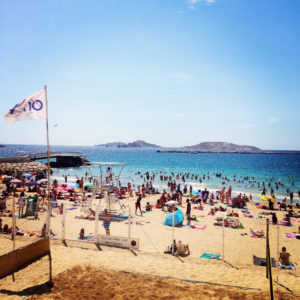 Here’s your French word for the day: la plage.  The beach.  I put my feet in la mer, or the sea, and managed to get a few more tan lines.  All in all, a nice trip.  I’m back in Strasbourg, which has finally lost its heat wave!  I’m looking forward to my first interviews later this week, and I’ll hopefully get the chance to explore more of this city as well.  À bientôt!