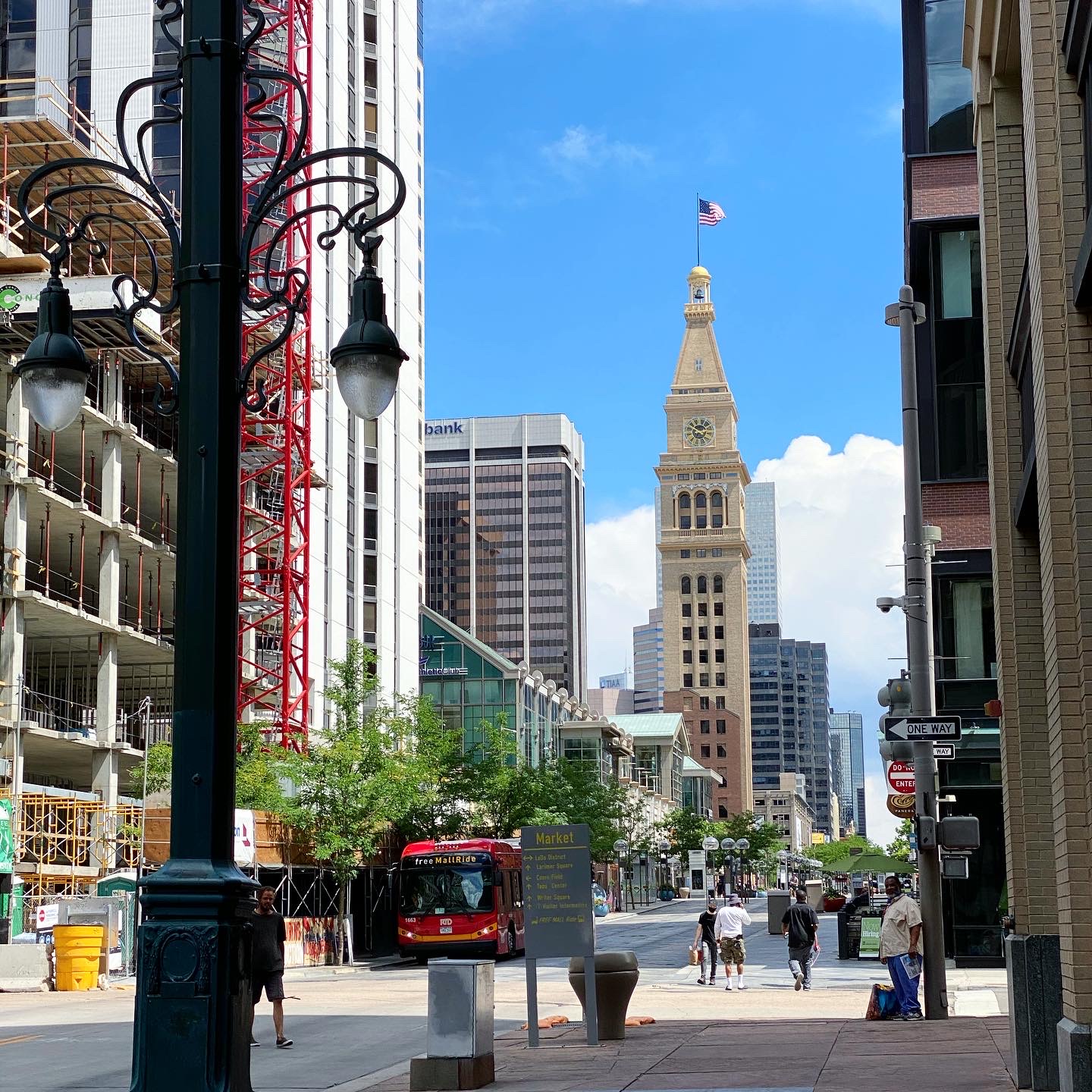 Since we’d visited Sam’s family, it was time to visit mine in Colorado! Cue another two weeks of hard quarantine. We went in early July, so it was hot (but not as hot as it would’ve been in Arizona, haha). There are two ways to go, through Wyoming or over the mountains, and Sam chose mountains. It was definitely the better choice. First it’s down from Salt Lake toward the red rock formations of Utah, and then you go through the canyon and past all the adorable little ski towns. It’s pretty incredible to have this out your window:

It was great to see my parents. I am so thankful that I could work from home and so could they, so that we could all fully quarantine before the visit. Their neighborhood was a good place to spend some time as the cases ramped up in the summer. They back up to a park, which connects out to a lot of walking trails, and we would go on long walks every morning before work.

At the beginning of COVID, when everything went quiet and there were less cars on the roads, it seems that the animals around my parents’ neighborhood took that as an opportunity to come outside! We saw so many deer while we were there, including one that we had to gently herd away from the road and this guy, below. We were sitting on the deck eating lunch when I looked up and saw him. Surprised, I made some sort of noise, which scared him away from our backyard. Instead, he went two doors down, where he proceeded to take a nap and then utterly decimate the lettuce they were carefully growing.

We were there during July 4th. Fun fact, they cancelled a bunch of the fireworks for July 4th, both because of COVID gathering restrictions and because of the danger of wildfires. Here’s the problem, though: they told everyone several days in advance. So everyone got in their cars and drove up to Wyoming and brought fireworks back. People went all out, too. I’ve spent a lot of summers in Colorado and I’ve never seen anything like it. It felt like professional-grade shows. And while I was mildly terrified that they would light the trees on fire, it was nice to have such a spectacle in such a dark year.

We did a few day trips while we were there, too! A couple of my friends masked up and went on walks with us, and we had the chance to go to Boulder, Denver, and that hotel that they based The Shining off of. Denver seemed to be preparing for an expansion of their outdoor dining, as you can see above.

One of the things that I was pleasantly surprised by was that we could get alcohol with our takeout, which is… not a thing Utah offers (shocking, I know). But it led to this delightful cup, which contained some sort of frozen sangria slushie:

Anyway. That’s all I got. It was weird not to be able to see all of my family, some of whom still had to work in person. But it was so nice to see my parents and get a chance to show Sam some of Colorado. It really is a beautiful state!