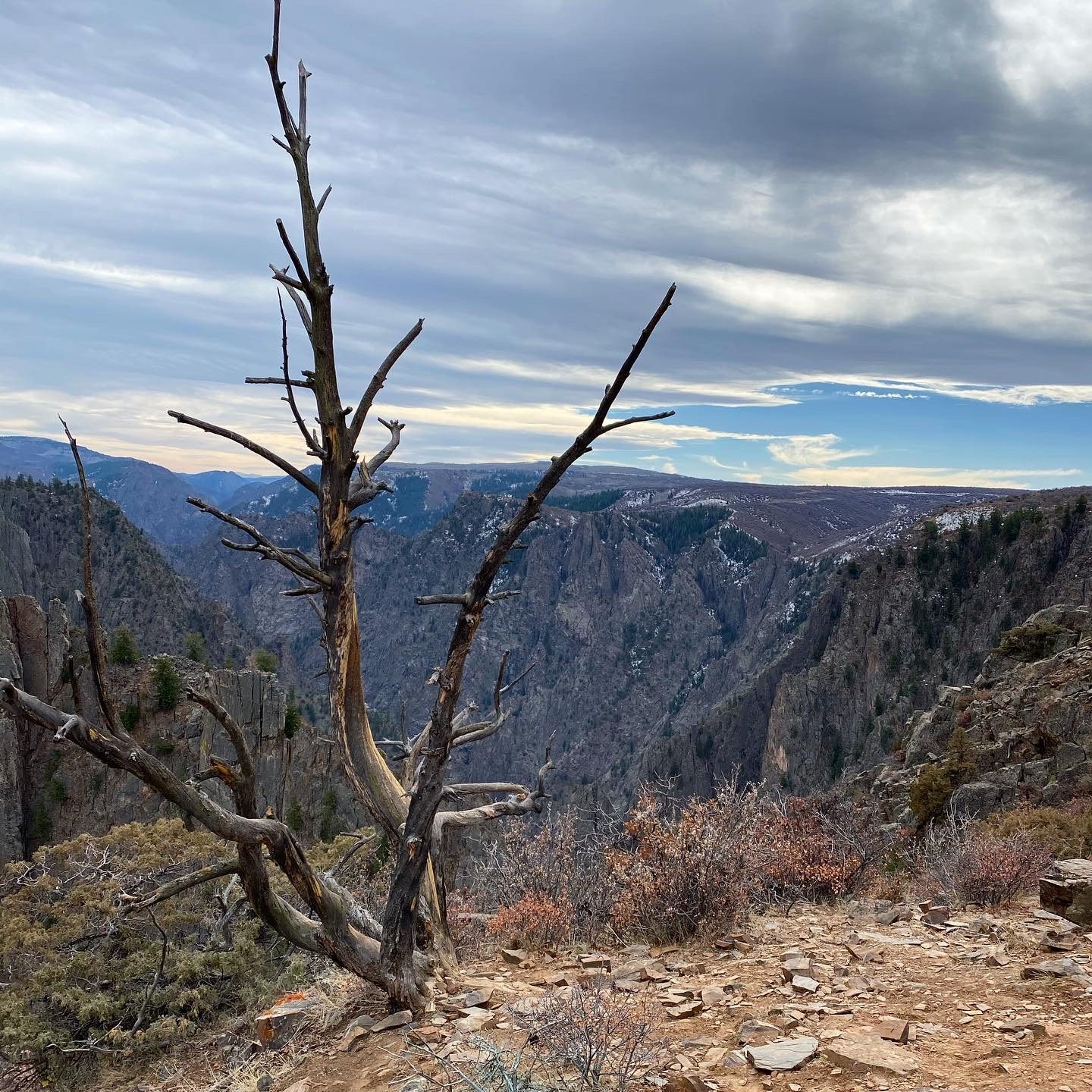 I didn’t plan it out so that we were in the middle of nowhere during Election-Week-From-Hell, but I also wasn’t mad about it. It kept Sam and I from staring at the CNN predictions for 24 hours a day while we waited for all the states to finish counting ballots, which… let’s be real, we needed that distraction.

And when I say the middle of nowhere, I mean the middle of nowhere. My coworker asked me where Delta, Colorado was, and when I said, “oh, it’s about an hour east of Grand Junction,” he said, “but there’s nothing there?” Which, again, wasn’t exactly my plan. These vacation days were originally earmarked for Ireland pre-COVID, and then we went through a couple of other ideas even after it was clear our Europe trip was off the table. Northern California and Oregon road trip? Nope, literally on fire. South Dakota? Nope, crazy high COVID rates. And so we ended up finding an Airbnb through a coworker of my mom, which was a farm stay in Delta.

And here’s the thing – it was great. It turns out that there are amazing destinations all around Delta, and it was nice to be out in the middle of nowhere for a while. I’m separating the trip into two posts. This one will be focused on the landscapes and outdoorsy activities, and the next post will be the cute ski towns we visited around here!

On the way to Delta, we stopped at Arches National Park and hiked out to Delicate Arch. It’s one of Utah’s most famous landmarks! You may have seen it before on the Utah license plates. The hike out is gorgeous, and the arch itself doesn’t disappoint. At some point, we’ll have to do a full Utah parks trip because this was the first time Sam had been to any of them.

Our next day was Colorado National Monument, which is right by Grand Junction.

Fun fact, Grand Junction and nearby Fruita actually have a lot of wineries! We went to one that my parents recommended, Red Mesa. It had great wine, and more importantly, it had Daryl, this delightful dog who sat with us outside while we drank wine.

Another important note about Grand Junction is that they have an… unusual convention for street names. Sam and I were absolutely baffled as we came across the following:

It’s a similar concept to the grid system, but the fractions are wild. We came across one that had a 5/8 and just about lost it.

Our last big National Park Service outing was to Black Canyon of the Gunnison! It’s known for being extremely steep. Just look at those sheer rock faces in the third picture. When we got our stamp at a little table outside the visitor center, the ranger told us about all the lookouts and then said that we could hike a bit into the canyon until he took a look at my shoes. They were just normal sneakers and so he immediately walked that back. But we walked along the rim near the visitor center and then went to a number of the lookouts, and they were indeed spectacular. I think it’s one of the less popular national parks in Colorado, which is probably due to its remote nature. If you’re considering visiting this area, though, I would highly recommend it!