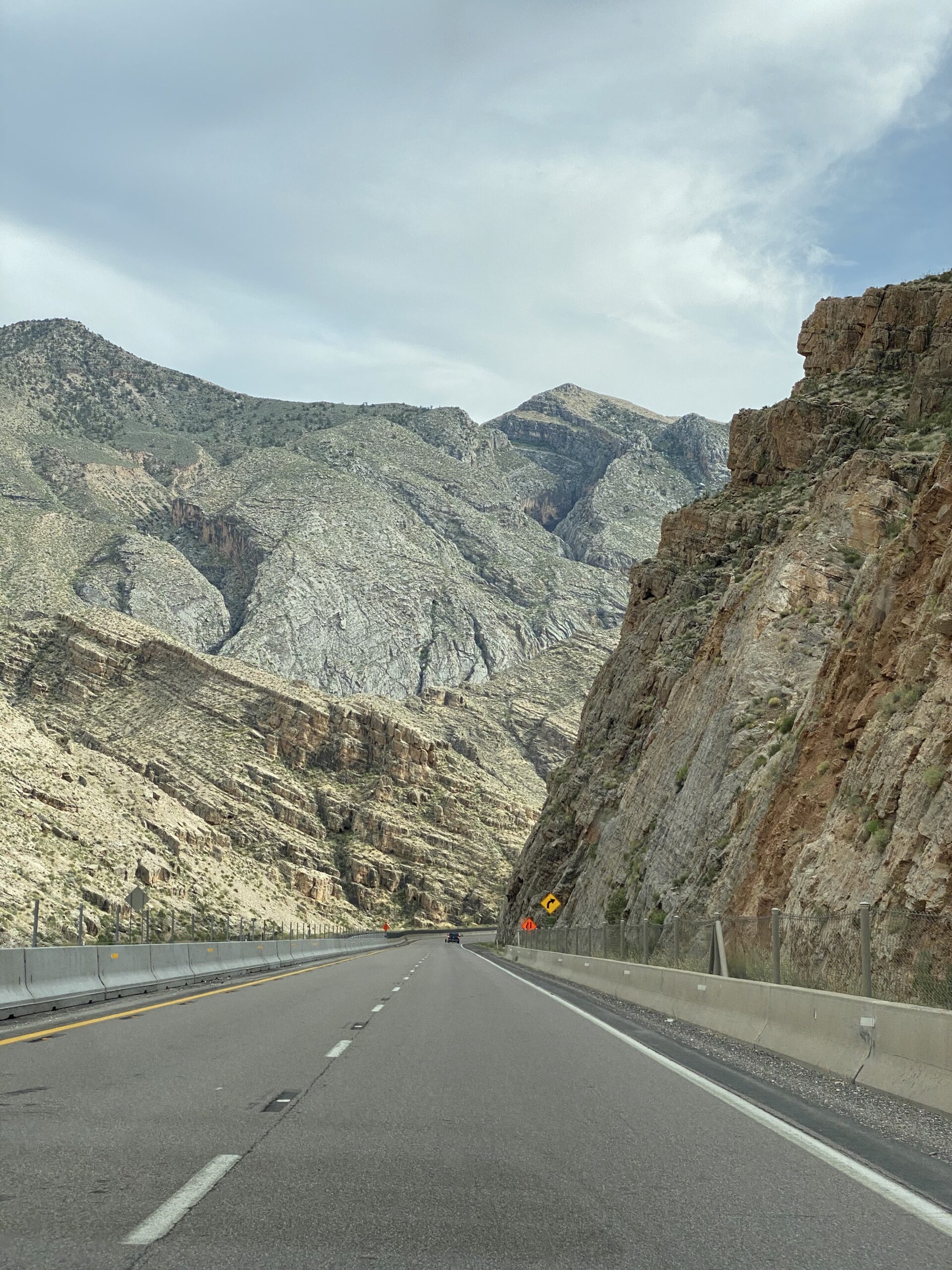 The only “travel” I did in the summer of 2020 was family visits after two weeks of hard quarantine. As we looked at the numbers across the country, both my parents and Sam’s parents agreed that this was likely to go on for a long time, and we decided to figure out how to see everyone safely.

Sam’s family lives near the border of Arizona and Nevada, out in Mohave County, Arizona. I’ve made it a personal rule to never go to to Arizona in July, because it’s just objectively too hot, so we went in May with the hopes it wouldn’t have warmed up too much. Which…. eh. It was still pretty hot. It got to 111 F while we were there. I now understand Sam’s fear of the sun and subsequent desire to make sure we always have 120 oz. of water when we go hiking.

Side note, the drive down was spectacular?! I don’t know if I’d ever been to that bit of Arizona that you can’t reach from the rest of Arizona before. If I had, it was a long time ago. Sheer cliff faces, canyons, and the sun setting as we went into the valley near his parents’ house…. absolutely incredible. Look at these rock striations!

Most of our trip was spent working from their house and taking long walks around the house. Because they’re out farther from big cities and light pollution, the view of the stars from their house was amazing. I also loved seeing all of the quails in the neighborhood. Sam and I heard two of them calling back and forth to each other in the mornings when we would talk past two particular rooftops, which was adorable!

We did visit Needles, California, which is apparently the home of Spike from Peanuts! It’s also a stop on Route 66. Because Sam’s parents live so close to the border, I actually was in four states over this trip – Utah, Nevada, Arizona, and California.

This picture is from a casino/gas station/McDonald’s in Nevada. I find it fascinating how Nevada manages to incorporate gambling into even the most mundane activities. If you’ve got it, flaunt it, I guess? Also, driving through Las Vegas is terrifying. It felt like we’d inadvertently signed up for a NASCAR race.

One of our outings was to Lake Havasu. Extra fun fact, the original London Bridge was taken apart and shipped to Lake Havasu in the late 60s/early 70s! No, really, it was. Apparently it was sinking under the weight of traffic and needed to be replaced, so London auctioned it off and the founder of Havasu decided to buy it for $2.4 million. And obviously, I had to go see it….

One of the other nearby attractions is the ghost town of Oatman, which is now full of burros. In better times, I would have loved to get out and explored all the museums, but we just drove through on our way to the Hualapai Mountains.

The Hualapais were a lovely outing. It was significantly cooler up at elevation, which was a welcome change after temperatures in the 110s with a UV index of 10. Also, the hike was beautiful and we saw a deer leap off the path right in front of us.

I only have one more picture to leave you with. It’s from a stretch of road between Las Vegas and Laughlin in Nevada. There’s a section where they honor the veterans of various wars. WW1, WW2, Korea, Vietnam, etc. They cover quite an impressive array. Including….

Ahhh, yes. The Cold War. You know, the one that even Wikipedia defines as a geopolitical tension based on ideology, rather than an actual war fought with actual battles. I love the mental image of someone being told they need to make highway signs for all the wars and they just printed out a list of any conflict that had the word war in it regardless of what it actually was.

Anyway. My main takeaway is that there are plenty of interesting things to see in this region! Just go in the winter and bring lots of sunscreen.