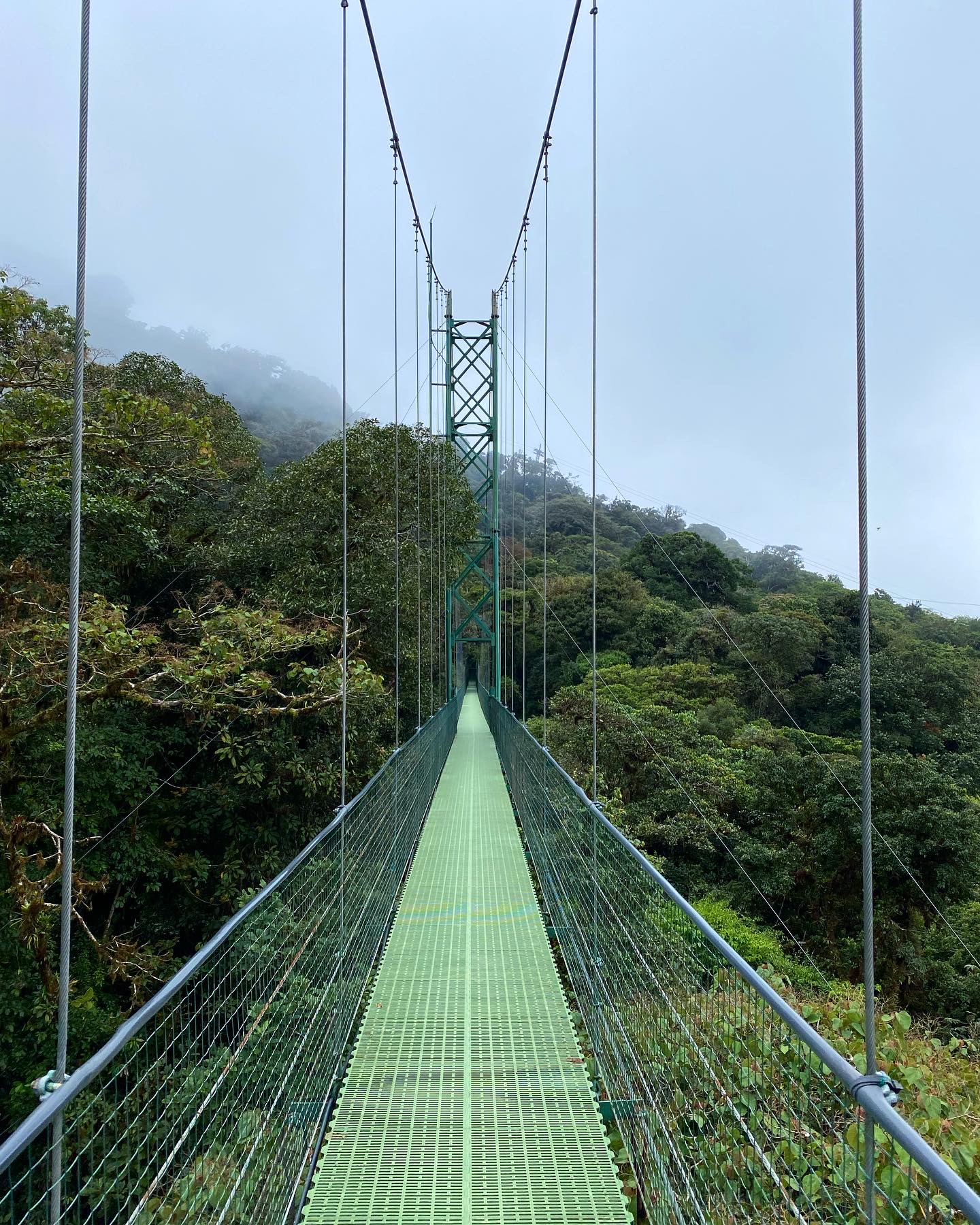 After Panama, I flew on to Costa Rica and joined my cousin and her husband for a road trip! The flight up was a wild experience. I flew to San Jose first, but I was meeting them in Liberia. As it turns out, the San Jose airport has two different buildings – one for international flights and one for domestic flights. I walked across the parking lot only to find out I was far too early for my other flight. I couldn’t check in or go through security until it was much closer, so I trekked back across the parking lot to figure out food.

When I went back to check in, though. The employee handed me a laminated orange card that just said “Liberia 1 Boarding Pass.” I went through security to find about 3 gates, one small shop, and no screens or information telling me where to go to board my flight. I got more and more nervous as it got closer and there was still no news, until finally, about ten minutes before my flight, they announced about eight names including mine. I handed them my laminated card and followed them to the tiniest plane I’ve ever been on. It was a short jaunt, and we never even got high enough to get out of cell service – I was receiving texts and emails the entire time I was in the air. And the views were incredible!

We started in the La Fortuna area, which is close to the Arenal Volcano. It is absolutely gorgeous in that region! I was also very excited because we were staying in an Airbnb that looked like a treehouse, and we had a great little patio where we could drink and play cards after dinner. We started with a hike around the lava flow from the eruption in 1968, which probably would’ve had cooler views if it hadn’t been extremely foggy. The next day, we spent our morning at the local hot springs, which was a warm river off the side of the main road and was full of local families. Afterwards, we headed to the La Fortuna waterfall! I was delighted to find you could swim in it, although the water was quite chilly.

From there, we headed to Monteverde! We did hanging bridges the first day, which was a very cool walk through the tops of the rainforest. The next day, though, was my personal highlight. We went ziplining! This was my first time ziplining, and it was so much fun. I was kind of nervous, because I don’t like the feeling of falling, but it wasn’t that at all. (Granted, I did experience that later when I did the final swing at the zipline park, and I thought I was going to die, but I made it!) Instead, it was soaring through the trees, sometimes even over the birds. There was even a section where they strapped you in face down to go across the zipline Superman-style. It was such a cool way to experience the rainforest.

Our final stop was Tamarindo! We spent most of it at the beach, which was stunning, and I got very sunburned in classic fashion. It seemed like this was a great area for surfing, if that was a thing I knew how to do.

Overall, Costa Rica was amazing. Road tripping was a great way to experience it, as it gave us tons of flexibility to do exactly what we wanted. The natural beauty and wildlife experiences were some of the coolest I’ve had – there were animals that we saw that I didn’t even know existed until we tried to figure out what they were. I would definitely recommend a visit!