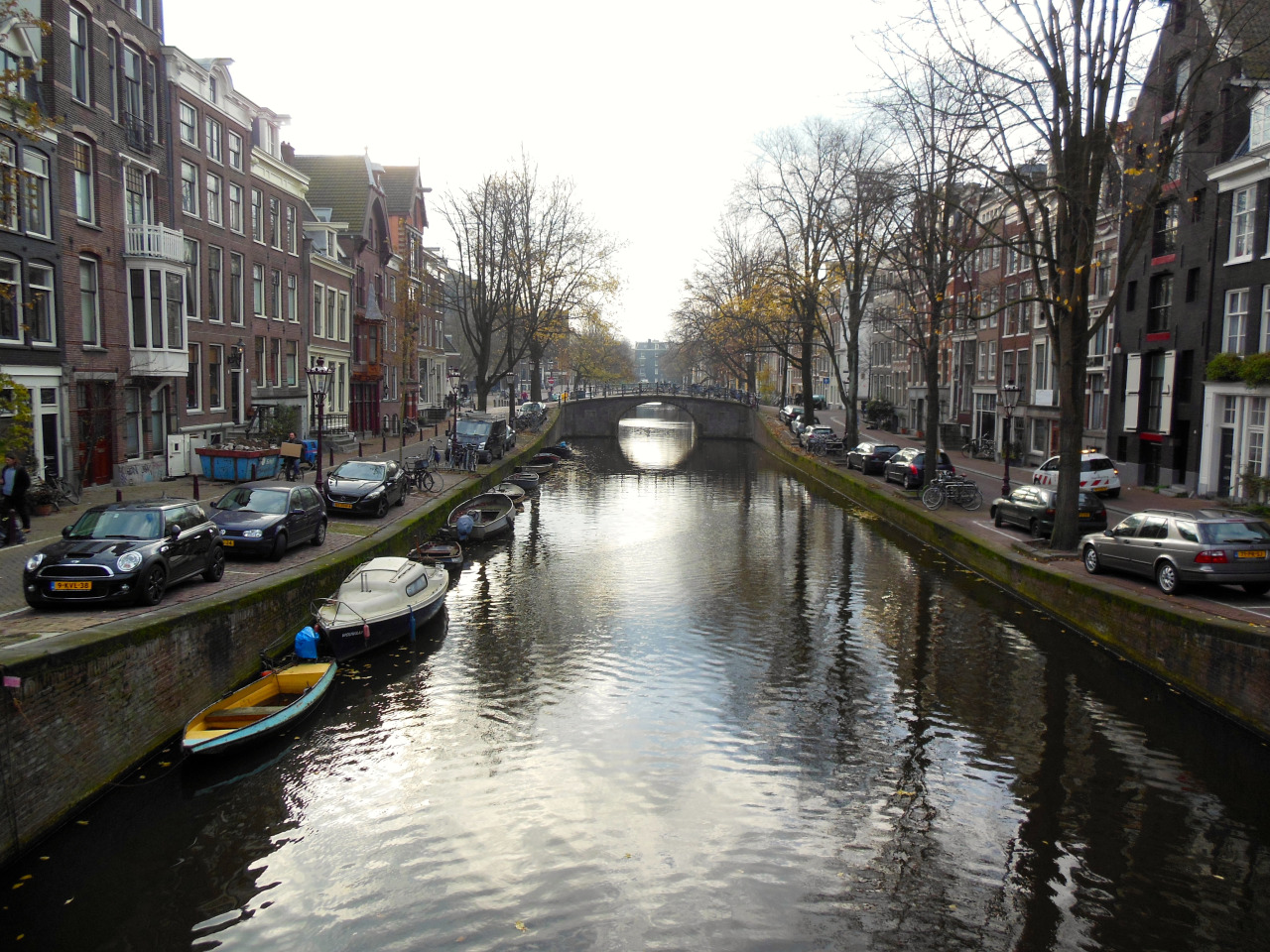 For Thanksgiving weekend, I headed to Amsterdam to meet up with Kelcy and Anna!  This is now the third time I’ve seen Kelcy in Europe, and Anna had come to visit both of us for her fall break.  It was lovely to spend the weekend with both of them! 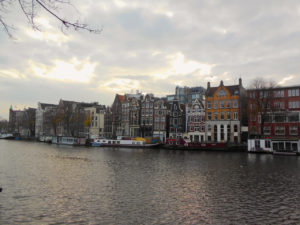 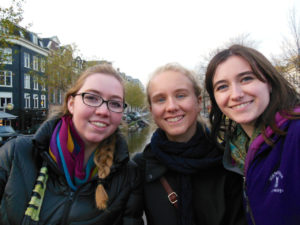 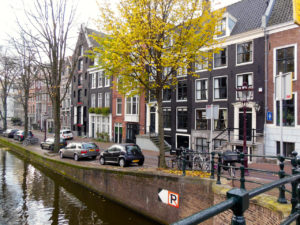 I got in Thursday night, and after finding the hostel, we walked around the city and got some first impressions.  Amsterdam is beautiful.  It’s very cohesive, with most canal streets looking nearly identical.  Which made it fun trying to get back to our hostel that evening.  I had heard that it’s similar to Copenhagen, which is true (although often overstated).  There are a lot of bikes, the facades of the houses are structured the same way, and it has a similar laid back vibe.  I saw primarily men on the streets, which was a bit surprising but can probably just be explained by the red light district.  Obviously the random areas that smelled of marijuana isn’t a totally new experience because I live in Colorado.  However, seeing prostitutes in windows was strange.  It’s one thing to know that prostitution exists, and it’s another to see women selling their bodies in the open that way. 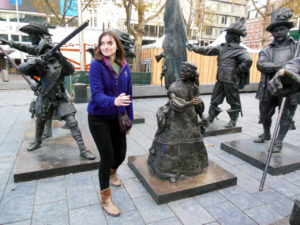 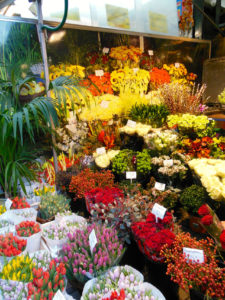 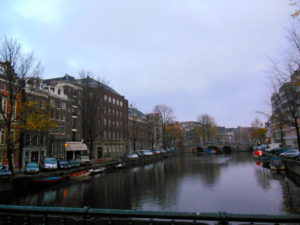 The next morning, our day began bright and early.  We started at the Anne Frank House, and it was pretty cool to see the place I had read about in her diary.  Moreover, after some of the other places I’ve been this semester (i.e. Auschwitz) it was nice to see a place where people risked their lives to help save others.  About two thirds of the way through, the power went out and so we ended up completing the museum tour in the dark.  After that, we did a canal tour.  The audio guides were a bit cheesy, but looking at the city from the water was pretty great.  My favorite story was about the clock tower, where apparently each side is set for a different time which means the bells go off completely randomly.  It must be pretty frustrating if you actually want to know the time!  We also went to the Van Gogh museum and saw some pretty famous artwork.  After my impressionism class, I can actually see where his work developed out of that style.  For someone who came into this semester knowing pretty much nothing about art, I felt very accomplished!  Our night concluded with a visit to the prostitution museum, which was an interesting experience.  There were some rooms set up to look like brothels, sex toys, a room where you looked out onto the street as the sex workers would do, and even a section where visitors put “confessions.” 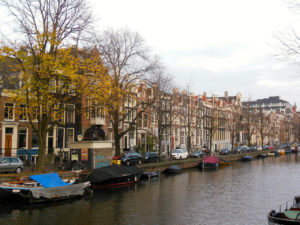 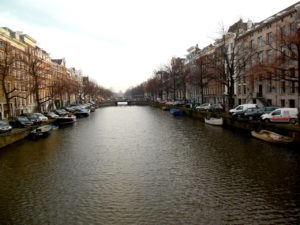 The next morning, Anna had to leave in the morning to catch her flight back to the US, so Kelcy and I had a relaxing day of walking around, taking in Amsterdam, and looking at shops.  We learned that if you want any type of phallic shaped item, you can probably purchase it in Amsterdam.  It’s a teenage boy’s dream.

For those people who asked me if Copenhagen was in the Netherlands or if I would be learning to speak Dutch, I now understand the confusion.  The cities are similar.  Dutch sounds like a cross between German and Danish, with the crispness of German in some words and the soft letters in some cases.

I had a wonderful time in Amsterdam.  Two weeks from now I’ll be back in the United States, but in the meantime I have two more essays to complete and one more European trip to prepare for.  Which means it’s time for me to go back to being a productive person.