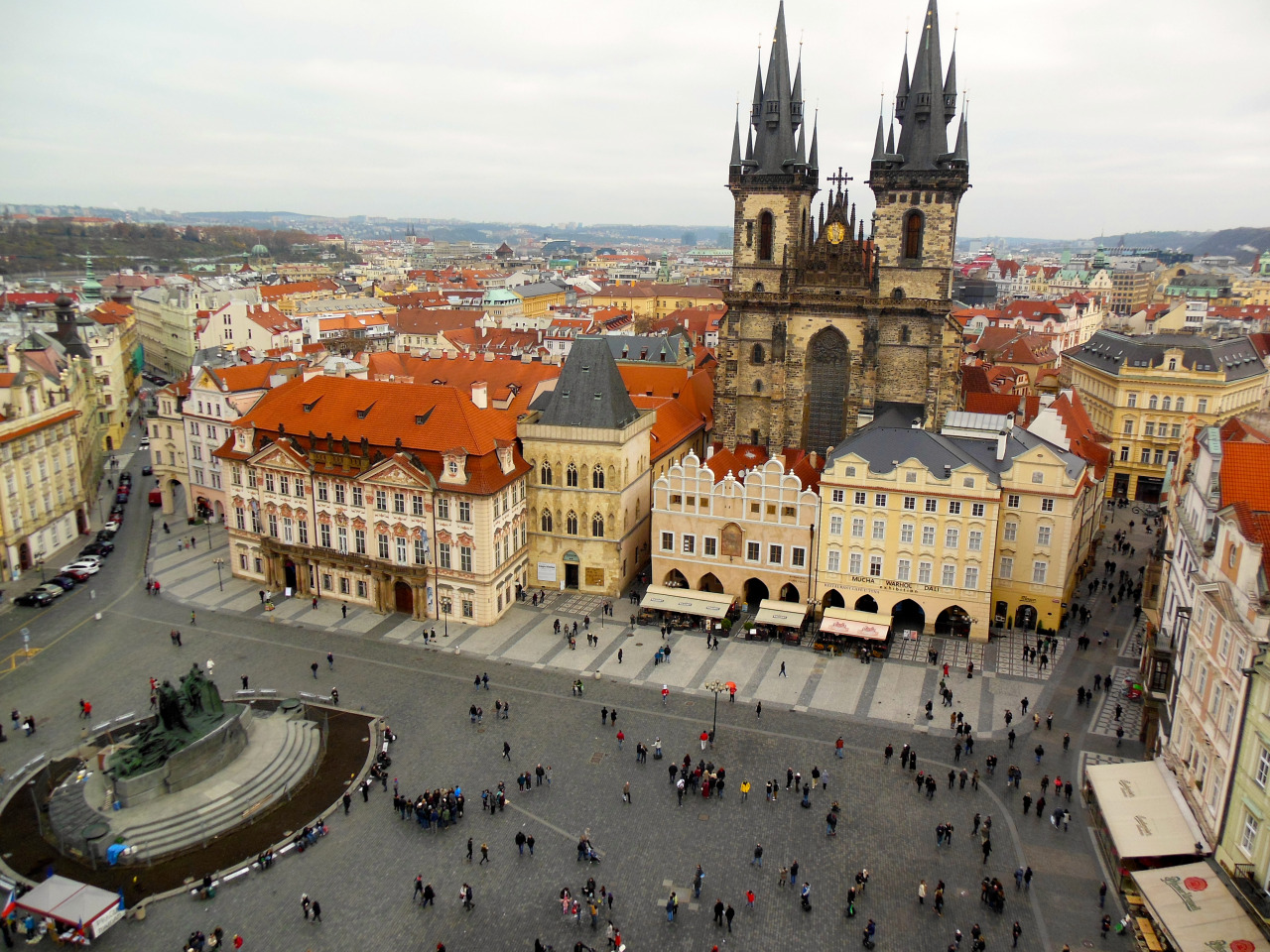 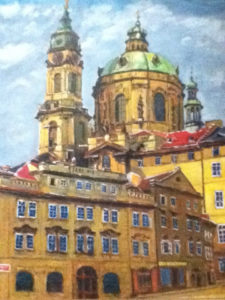 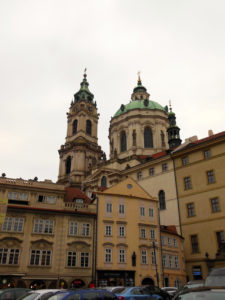 I may or may not have prioritized a weekend trip for the primary purpose of seeing the place where my grandma lived/painted the picture of that church in the top image.

The weekend started out with a layover in Frankfurt for five hours, in which we figured we could go see the city.  Except that sometimes trains in Germany list the stop you’re at instead of the stop you’re going to and then you end up half an hour away in Mannheim, Germany and have to plead with the ticket conductor so that you don’t have to pay the 32.50 euro ticket to get back to the place you thought you were going anyway.  It was an adventure.  That said, we did end up back in Frankfurt and had a lovely dinner, and we still caught our plane to Prague so everything worked out as it should. 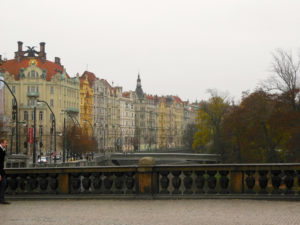 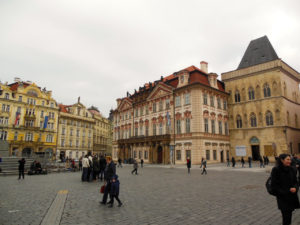 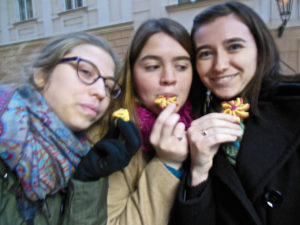 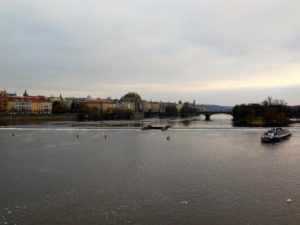 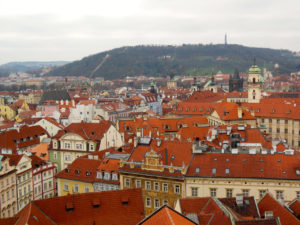 On Saturday we did sightseeing all day in the most unofficial manner possible.  We would walk until we saw a cool building and then go to it, which meant I saw a lot of churches and towers.  The only thing I really wanted to see was a church that my grandma had painted, and I managed to both find it and stand from the perspective she saw as she painted it!  It was awesome to walk around where I knew she had been.  We also went to a toy store and a gingerbread store, which were both pretty great.  Prague is beautiful, especially with the views we saw when we climbed a tower in what I think was the main square. 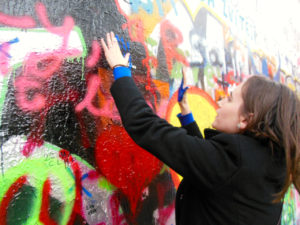 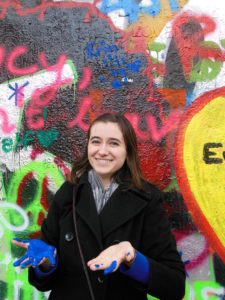 Sunday we decide to head to the John Lennon wall.  I knew it had been painted white shortly before this trip (which I’ll admit I was not thrilled about), and it ended up being really cool to see the response to that as people repainted it.  My favorite was “challenge accepted.”  Thanks to a French woman studying in Prague, we borrowed some paint and set out to add our own pieces to the wall!  Unfortunately, this meant we spent more time there than we’d planned and resulted in an intense speedwalk to get back to our hotel on time for checkout.

In a lot of ways, Prague reminded me of Krakow.  The architecture and atmosphere was fairly similar, although I think Prague is prettier.  It was nice for me to see another piece of my family’s history, and it was also great to travel with Jenessa and Kelsey (even though we only planned it about two weeks in advance!).

As Kelsey unfortunately reminded me today, I only have 19 more days in Europe.  It’s going to be busy, with all of my final papers due and two more trips planned!  I’m headed to Amsterdam on Thursday.