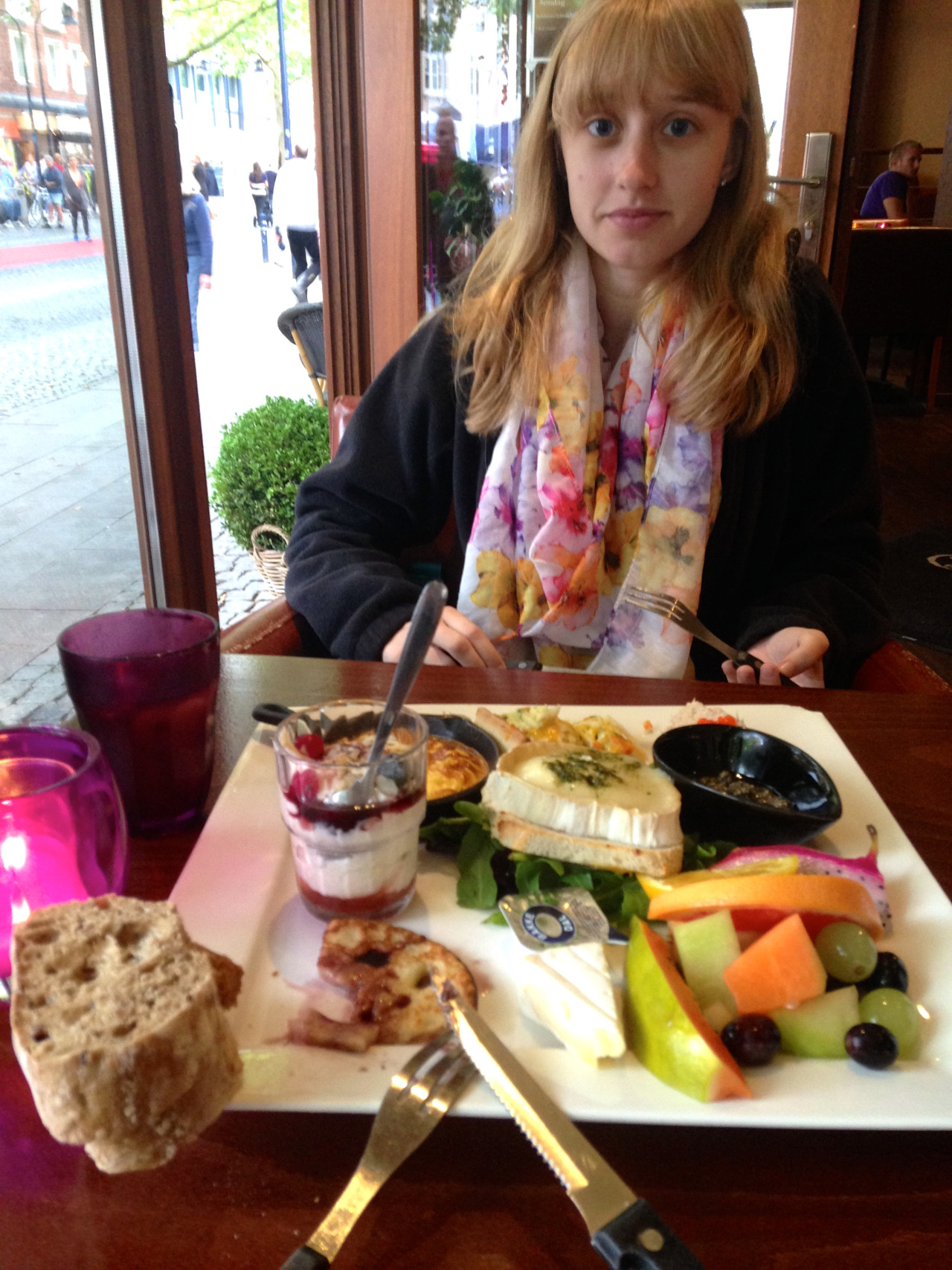 Yesterday I spent some time in the Copenhagen suburbs with my friend Sarah!  We met up in Lyngby.  They were having a festival, so some of the streets were closed and there was live music as well.  We went out to brunch at a Danish place, where they gave us a menu in Danish and we did our best to translate.  We ended up splitting the vegetarian brunch.  Main takeaway from that: when the Danes say “American pancakes” it’s definitely not the same.  The pancake was quite good though.  Afterwards, we walked around the world’s most confusing mall, because apparently in Denmark they design malls to look like labyrinths.  We stopped by Paradis to get ice cream (it’s funny because “is” in Danish means ice cream) and then headed to Sarah’s host family’s house.

They have a lovely house.  It’s a lot smaller than a typical American family home, only on one story.  There are a lot of windows in the main living areas so it looks light and airy, and most of their furniture appears to be straight out of an IKEA catalogue.  Her family wasn’t there for long, as they were going out to dinner with one of their friends, so Sarah and I just hung out at their house for a while and made dinner together, which was nice.

I’ve also successfully done laundry, gone to a club in Copenhagen, and turned in my first writing assignment for class.  This week, classes will actually start to get busier, because our field studies are starting up.  On Wednesday, I’ll be doing a Hans Christian Andersen-themed walking tour with one of my classes!