The other day, in a moment of (almost unprecedented) spontaneity, I booked a train ticket to Odense since I didn’t have class today.  This is the third largest city in Denmark (read: not actually a large city), and its claim to fame is that it’s the birthplace of Hans Christian Andersen.  (side note: I find it amusing that they’re capitalizing on this fact when HCA left there some time in his early teens and almost starved on the streets of Copenhagen to avoid going back)

My journey did not start exactly the way I had hoped, because I accidentally set my alarm for 6:50 p.m. instead of a.m.  Oops.  Luckily, with Danish train tickets, you only have to buy a new seat assignment instead of a full new ticket, so it was only $5-6.  And the trains here are incredibly nice. 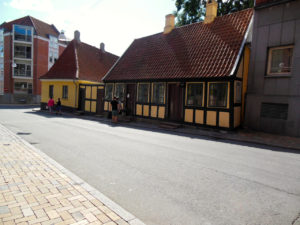 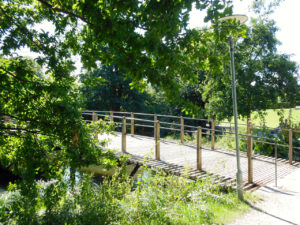 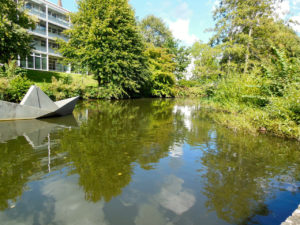 Odense was more or less what I imagined when I thought of Europe.  It seems exactly like the kind of place that would produce one of the best known authors of fairy tales in the world.  Of course, at the time it did produce HCA, the town was fairly poor and was probably not this pretty.  Now, it’s idyllic and old fashioned.  I started out following the Hans Christian Andersen walking tour, and hit all the spots on that, including the museum and the childhood home.  It’s so strange to me that they have the belongings from him and his parents just sitting there.  I could have picked up the china if I wanted to. 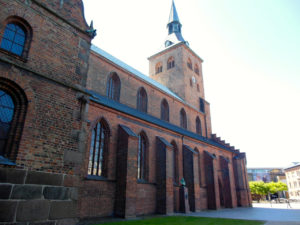 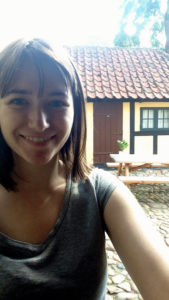 Since I’m learning about HCA in class, it was pretty cool to see the places I read about in his autobiography.  Odense also has a lot of statues relatedto his tales, like the paper boat that’s mentioned in The Steadfast Tin Soldier (which, incidentally, was the inspiration for Toy Story).  I spent quite a bit of time in the park pictured above as well.  The rest of my time I spent walking around the city center.  Like Copenhagen’s Strøget, they had a pedestrian street running down the middle with many of the shops.  I ended up stopping for Danish ice cream, which was very rich but delicious.  Although, the whipped cream was a little too heavy/sweet for my tastes. 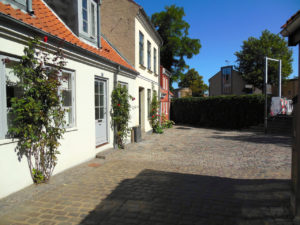 As Odense is not as catered to the international community as Copenhagen is, it was much more difficult for me, a non-Danish speaker.  English proficiency was still excellent, but whereas Copenhagen has many of the signs in English, Odense was entirely in Danish.  People seemed significantly more surprised when they spoke to me in Danish and I answered with a blank stare or an English response.  Sometimes, if I think I know what they’re asking, I just nod.  Looking forward to learning at least enough in my Danish class to avoid the total “deer-in-the-headlights” look.

Danish word for you: jordbær (pronounced your-bear).  Meaning strawberry.  This is a very important word for me, because strawberry flavor is usually safe for things like yogurt.  Also, strawberry whipped cream was also an option at the ice cream shop but I didn’t try it.