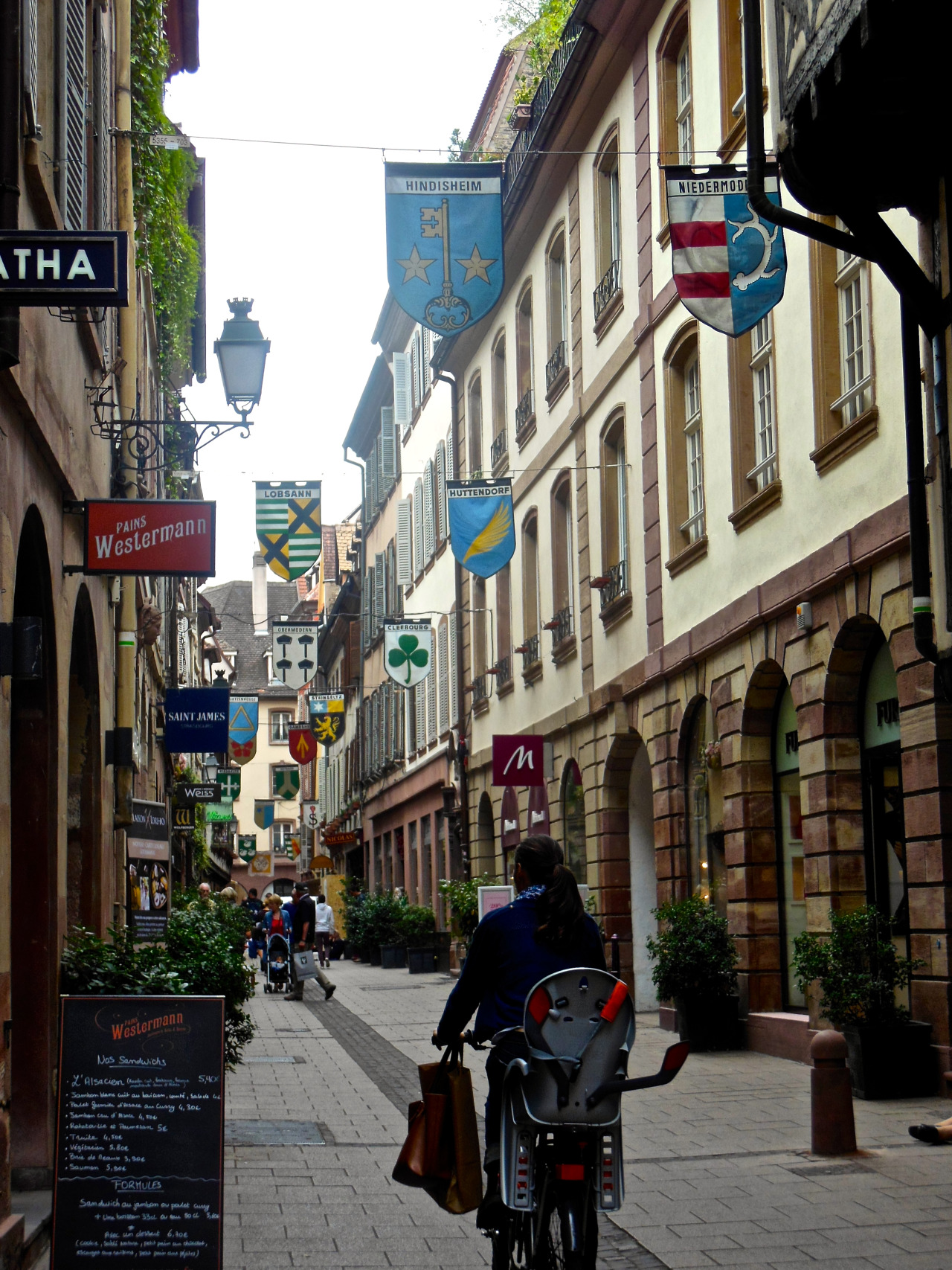 First of all, I’d like to talk about how nice everyone here has been.  Out of the many emails I’ve sent out requesting interviews, it’s true that most of them never got responses.  But of the people who did respond, they’ve been amazing.  This week, I met a man who’s an expert in furniture, and he printed out all of the French expert rules for me, told me about all of his cases, and showed me his furniture workshop.  And then, at the end, he asked me if I’d been to the Musée Historique, and upon finding out I had not, he called up a friend of his there and got me free admission! 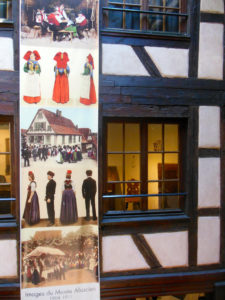 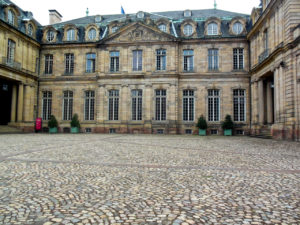 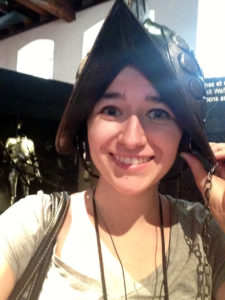 And the Musée Historique was very cool.  Their headsets were location based, so when you stood near a section of the exhibits, that piece of information would play, and it would keep moving on as you walked through the museum.  Plus, I learned a lot about the history of Alsace.  Although I knew it was culturally partially German and partially French, I hadn’t realized how much the territory had actually changed hands!  In particular, the section on World War II talked about how Alsaciens were seen as Volkdeutsch instead of French, but many Germans didn’t consider them to be German enough.  There were also some pictures of places in Strasbourg where they’d had Nazi rallies.  It was strange to see the same places I’ve taken touristy pictures in the museum as part of the exhibit. 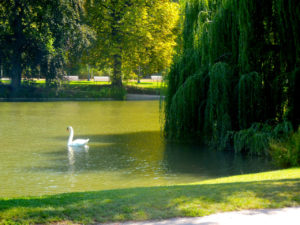 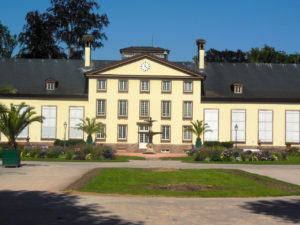 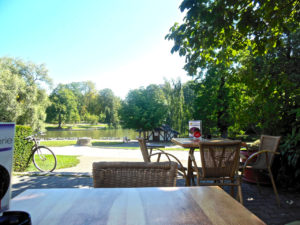 I’ve also done a few other touristy things this week, including walking around the European Institution section of the city and going to the Alsacien Museum, which was overall a little disappointing but had a lot of artifacts from Strasbourg through the ages.  I also went to the Parc de l’Orangerie, which is currently my favorite place in Strasbourg!  It had a mini zoo that contained storks, flamingos and a lot of other birds, a small lake where you can rent boats, a garden area with beautifully arranged flowers, and a lot of cafés.  I went to a café for lunch and I got a sugary drink that attracted a lot of bees, much to the chagrin of the other customer at the restaurant, who spent half an hour laughing at me as I flailed around and attempted to swat the bees away with my napkin.  That incident aside, I will definitely be returning to that park again before I leave Strasbourg!

Anyway, I’m off to Bordeaux on Monday, so my next post will be about that trip!  À bientôt.