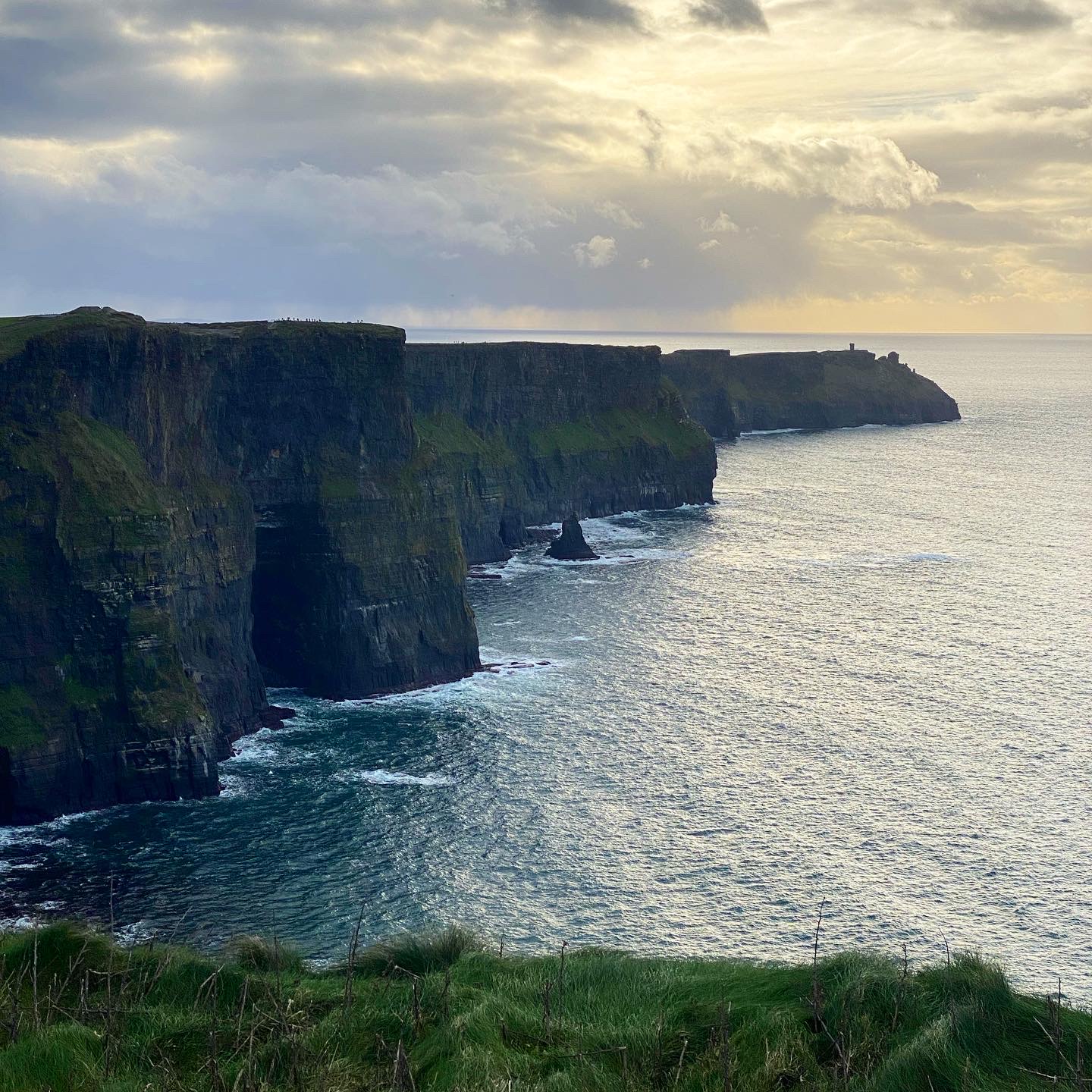 “Would it be crazy to spend Thanksgiving in Dublin this year?”

I mean, a little? It was an idea I had while I was planning travel with my friend Alan, who lives in Ireland. We’d worked together for a few years but never met in person, and with my company still on full-time remote work, I’ve been trying to maximize this unprecedented flexibility since I know we’ll be back to hybrid work eventually. My family has never cared about Thanksgiving as a holiday, since it’s just my parents and I and we can do a family dinner any weekend when flights aren’t 4x as expensive as normal.

Colin decided to join me and we booked an Airbnb for a week in Dublin. We had three days of working remotely from Dublin and meeting our colleagues who work in Ireland, which was so fun after so many months of Zoom. We had a team dinner and a couple great nights at the pub, and a few days to properly explore the city! Obviously we went to the Jameson distillery and did a whiskey tasting. We saw the amazing library at Trinity College, walked along the river, and drank lots of Guinness (which, for the record, is SO much better in Ireland? I won’t even drink it in the US). Alan brought us to a comedy show. It was fantastic.

On Thanksgiving, we headed out to Howth. It’s an easy day trip from Dublin, only about half an hour on the train. We got fish and chips (or in my case, just chips) and did the cliff walk. Fun fact, Colin had not read the itinerary I had sent him or the links about the cliff walk, so he didn’t expect it to be a multi-hour endeavor and discovered that in real time. The views were stunning!

The next day, we went up to Belfast! I do not pretend to be an expert on the Troubles, but I had always wanted to learn more about the history of Northern Ireland. Beyond what you can learn in Derry Girls, that is. I signed us up for a black cab tour, where they take you to the various neighborhoods and talk about the history of Belfast. I was stunned to see how many murals there were around the city. I think I was expecting it to sort of be like the Berlin Wall, where there are some peace-related paintings in one area, but here there were memorials to the dead all over the place. On street corners, in neighborhoods, in alleys. The picture of us there is next to one of the peace walls. It was a really interesting experience. We also went to the Titanic Museum, which was an excellent museum and definitely worth a visit.

On Saturday, since Alan was also off work, he drove us out to the Cliffs of Moher! It was an adventure getting out there, as the drive goes through some very narrow roads, and it’s disconcerting being on the other side of the road. The cliffs were so beautiful. I also hadn’t realized that was where they filmed the exterior shots of the cave in the sixth Harry Potter movie, so that was cool. We had dinner in Galway, which had a ton of people visiting for the Christmas markets and was wildly busy. It was great to get into the countryside a bit more. Next time I visit Ireland I will definitely want to explore more beyond Dublin, but it was such a fun Thanksgiving week!