A highlight of my trip to China was being able to visit my friend Keri in Chengdu!  She’s teaching English there, and she let me stay with her for a few days and showed me around.  For the first night, we got street food near her apartment and explored the markets near there.  The butcher stalls were fascinating, with rabbit heads, intestines, and buckets of blood.  There were even live turtles being sold at the market.  Keri told me that some places sell live chickens and will cut off the heads in front of you when you buy them.  The street food was good, we picked sticks of whatever we wanted and then they grilled them.  There were also quite a few potato dishes, which I am always here for. 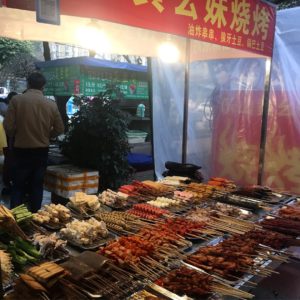 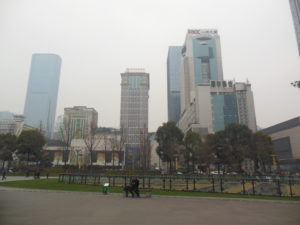 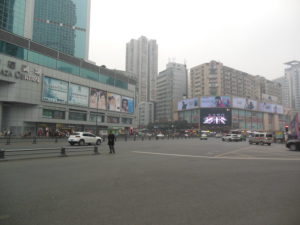 From there, we headed to a “paint and sip” event which included both ex-pats and locals.  I painted a scene from Looney Tunes and drank lots of wine, and we went out after with some of them for more food.  I had a great time, and it was so nice to be able to meet some of the locals. 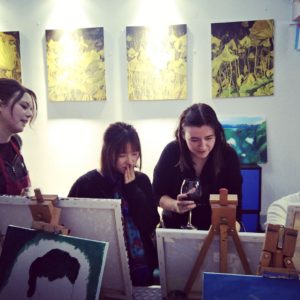 The next day I got a full tour.  We headed into the city, starting at a lovely park.  Keri and I tried one of the beautiful caramelized designs – look at the butterfly below!  There was also a koi pond where people could feed them using some sort of fish-food bottle mechanism. 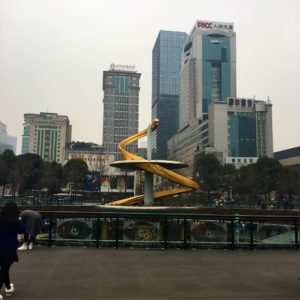 We headed over to a glitzy mall afterward.  Keri tells me it’s a place where a lot of locals go to get pictures taken.  People took our pictures too.  It’s fairly common for Chinese people to take pictures of tourists – while I was in Shanghai trying to get a selfie in front of the skyline, I realized I was in someone’s shot and went to move, only to have her motion that she wanted to be in a picture with me!  We went to lunch at an amazing French place.  The bread was delicious. 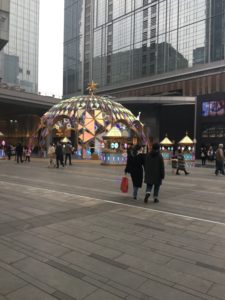 That night, Keri took me to a Sichuan opera show!  They had puppetry, animal shapes in shadows, dancing, and something called face switching.  They were wearing masks, and they would raise fans up to their faces and have a different mask a second later.  There was one part where the man changed the colors of his clothes about six times in a row, and I still have no idea how he did it.  It was fantastic to see local Chinese arts. 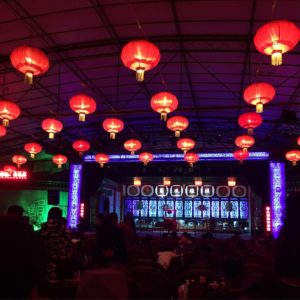 The next morning, Keri had to go to work.  She sent me off to the Panda Conservatory, which was high up on my list.  I got to see so many giant pandas!  The babies were especially adorable.  They had red pandas there as well, including an area where they were only separated from the path by a chain link fence.  While in that area, I turned around and found one on the path with me!  It probably passed within two feet of where I was standing. 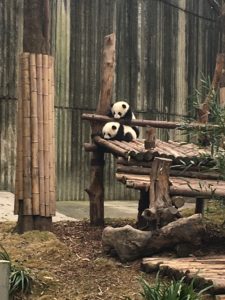 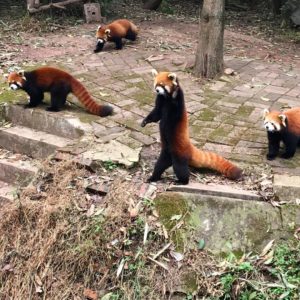 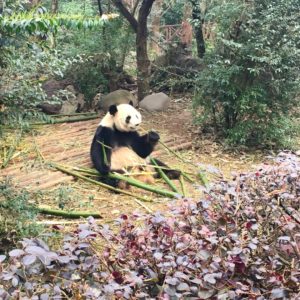 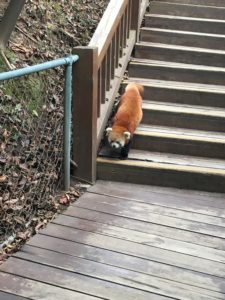 I met up with Keri again after work and we had a last dinner before I headed to the airport.  It was so amazing to have Keri show me around and tell me all about the aspects of Chinese culture that she’s experience since she moved there.  I learned about how they plan their cities far in advance and pay people to live in the developing areas, and what it’s like to work there.  It was a great way to end my time in China!  Hopefully she and I will be able to meet up again soon for more adventures in Asia.