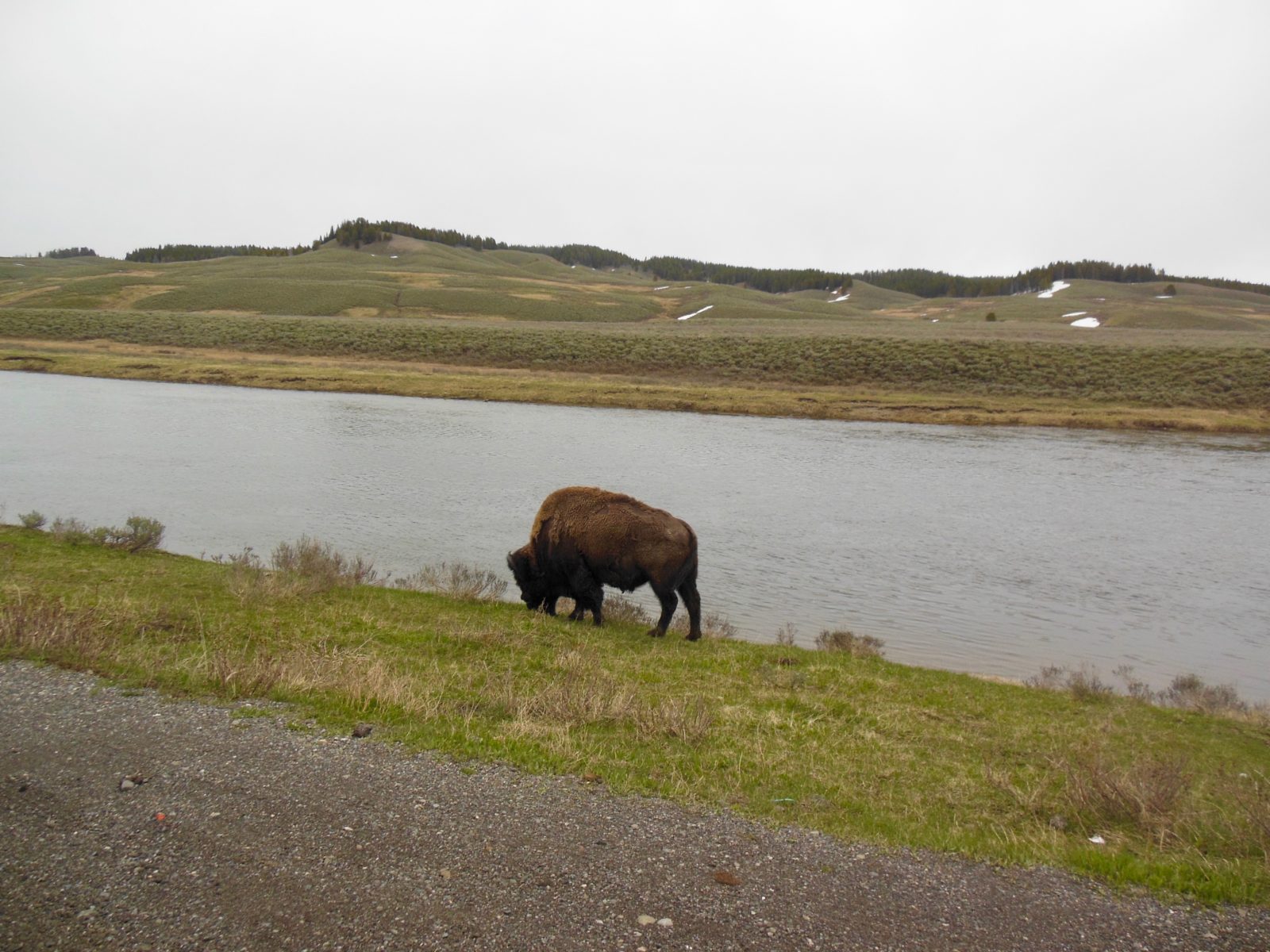 Despite having a childhood full of road trips to U.S. National Parks, I had never been to Yellowstone before.  Crazy, isn’t it? 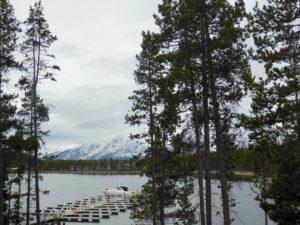 On the way up, we stopped at Grand Teton and stayed in a cabin with stunning views of the mountains.  We mostly ate cheese and crackers, drank wine, and played Trivial Pursuit, which was a challenge because the game was from my mom’s first marriage and there were straight-up references to the Soviet Union.  I struggled hard on the pop culture category, since most of it was outdated for me. 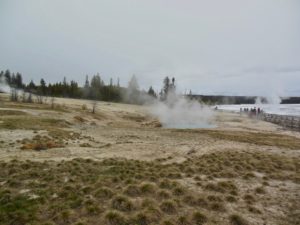 The next day we headed up to Yellowstone.  I absolutely get the popularity, it was absolutely stunning.  We were there the weekend before Memorial Day, so a few things were closed and it was still pretty cold.  We considered this both a plus and a minus – the hot springs were often clouded with steam, which was disappointing when it came to the Grand Prismatic spring (see the picture below), but it also meant we could see more of the small geothermal features that we might have missed on the side of the road. 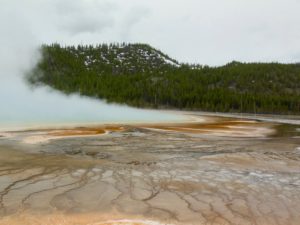 Grand Prismatic may have been a little disappointing, but the coolest part was seeing bison tracks all over the rocks near it.  In fact, based on the amount of bison scat we saw all over the park, it seems as though they manage to get right next to the geothermal features.  We would marvel at how they would have crossed through the walkways and directly adjacent to bubbling geysers. 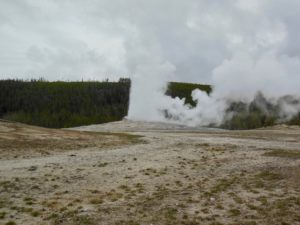 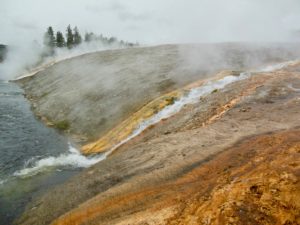 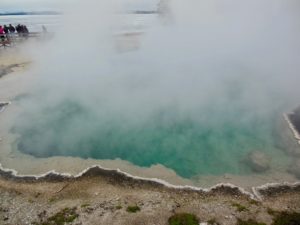 Obviously Old Faithful and the other geysers were a particular highlight.  I even started to get used to the strong sulphur smell by our third or fourth stop. 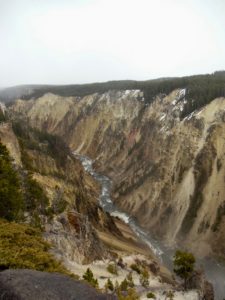 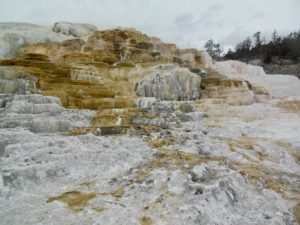 The canyon and the Mammoth Hot Springs were also incredible, with these gorgeous colored rocks.  When we were up at Mammoth Hot Springs, we even saw a small herd of elk right next to cars and a few bison who ran through part of the town. 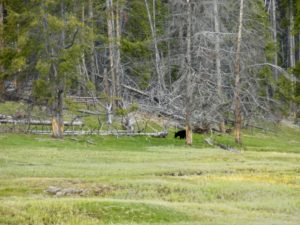 Speaking of animal encounters, there were a lot of amazing sightings.  We saw so many bison, including adorable babies.  At one point, we ended up in major traffic, and it turned out that five or so bison were walking along the road, which meant a whole line of cars had to slow down and drive behind them.  There were also two black bears, and most amazingly, a grizzly bear swimming across a river that got out and shook itself on the other side.  We also saw what I suspect was a wolf, although my parents and I are not quite sure. 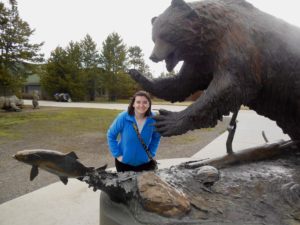 On the way back, we cut through Idaho and saw the Valley of the Moon, which had incredible rock formations, along with the ruins of an old Japanese internment camp.  We also stopped by the wolf and bear sanctuary, where I took the picture with the statue and we got to see two fully grown grizzly bear brothers roughhouse and play.  All in all, a fantastic trip to one of the most beautiful regions of the United States!