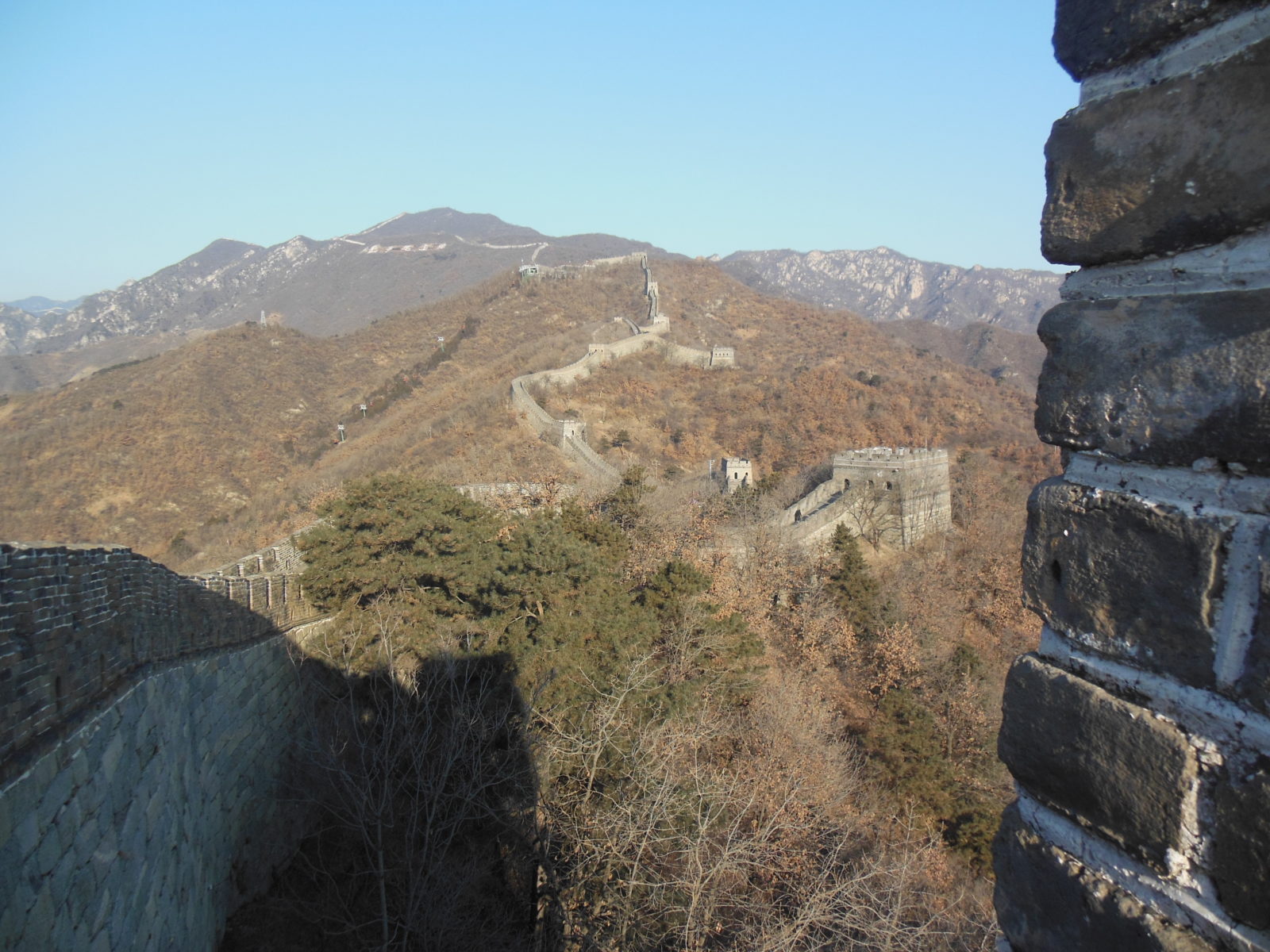 I was so excited to visit the Great Wall!  This is my second of the Seven Wonders of the World, and no offense to Italy, but I found it a lot cooler than the Colosseum.  I ended up climbing between twelve watchtowers, which according to my phone, was about 5.6 miles and 172 flights of stairs. 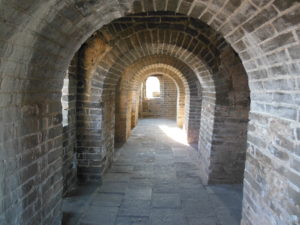 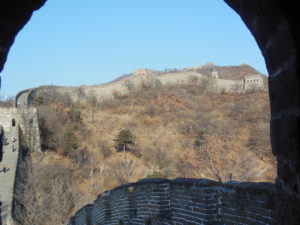 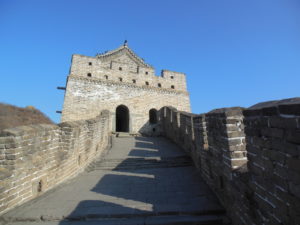 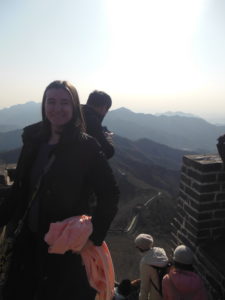 I didn’t want to try to figure out public transit to Mutianyu, so I booked a bus tour.  They picked me up at my hotel.  I ended up sitting by two Dutch guys on the bus and hung out with them for most of the day, which was fun – we talked a lot about cultural differences between the US and the Netherlands, and they taught me all about overtourism in Amsterdam and speed skating.  I convinced them to sled down the Great Wall and they convinced me to climb more watchtowers than I would have. 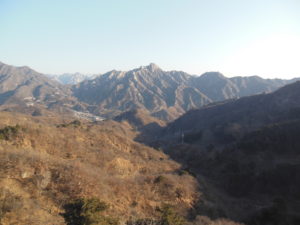 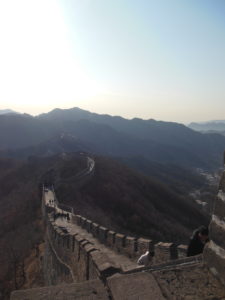 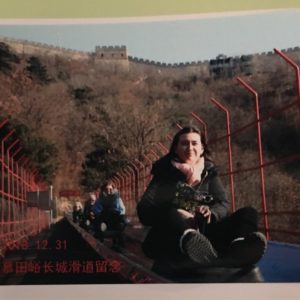 We took a ski lift up and then walked along the wall for about two hours, from there, we headed back and took an alpine slide down the mountain, which was awesome.  Part of the time we had to go slow because we were behind a kid, but I would still highly recommend doing the sled ride down. 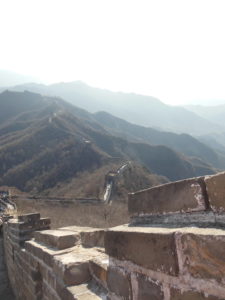 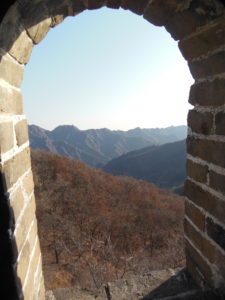 Our tour included lunch, so I had rice and potatoes as well as cucumbers and carrots with a spicy sauce before we headed back to Beijing.  It was a great way to ring in the New Year!