I recently got back from a two week trip to Europe!  Sweden was the first stop, where I met up with a few of my friends from high school.  The flight to Europe went smoothly, and I ended up running into Anna in the airport in Amsterdam.  For our first whole day in Sweden, we headed out to Uppsala, which is a town about 40 minutes outside of Stockholm. 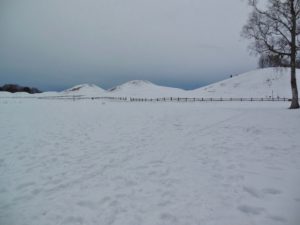 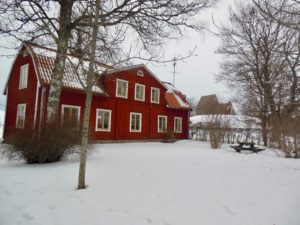 Our first stop was Gamla Uppsala, which is a site of Viking burial mounds.  We took a bus outside of town and started at the museum, where we learned about the lifestyle of Vikings.  Apparently, it was used as early as the 3rd and 4th centuries, and every 9 years the Vikings used to sacrifice people in this area.  We walked out to the burial mounds themselves and climbed most of the way up them until it got too icy to keep going. 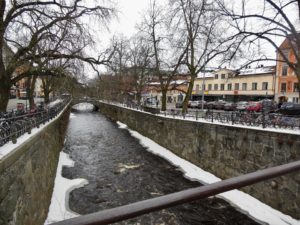 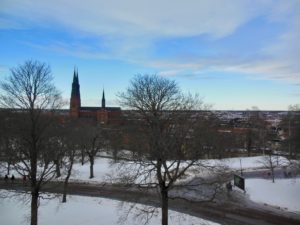 From there, we took the bus back to town and wandered around Uppsala, stopping at the cathedral and walking around the entire city center.  We stopped for dinner at a circus-themed app-based tapas restaurant, which was a strange dining experience.  When we walked in, they made sure that we had downloaded the app and then gave us popcorn at the table before leaving us alone to use the app for the rest of dinner.  It was rather nice.  Afterward, we walked back through the city to try to find the perfect picture angle that Anna had found online before heading back to Stockholm for the evening.  Overall, it was a great day trip from Stockholm, and I would recommend visiting! 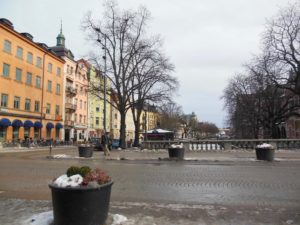 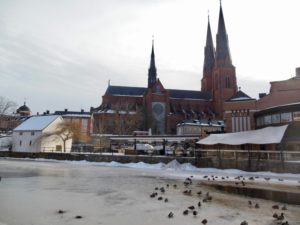