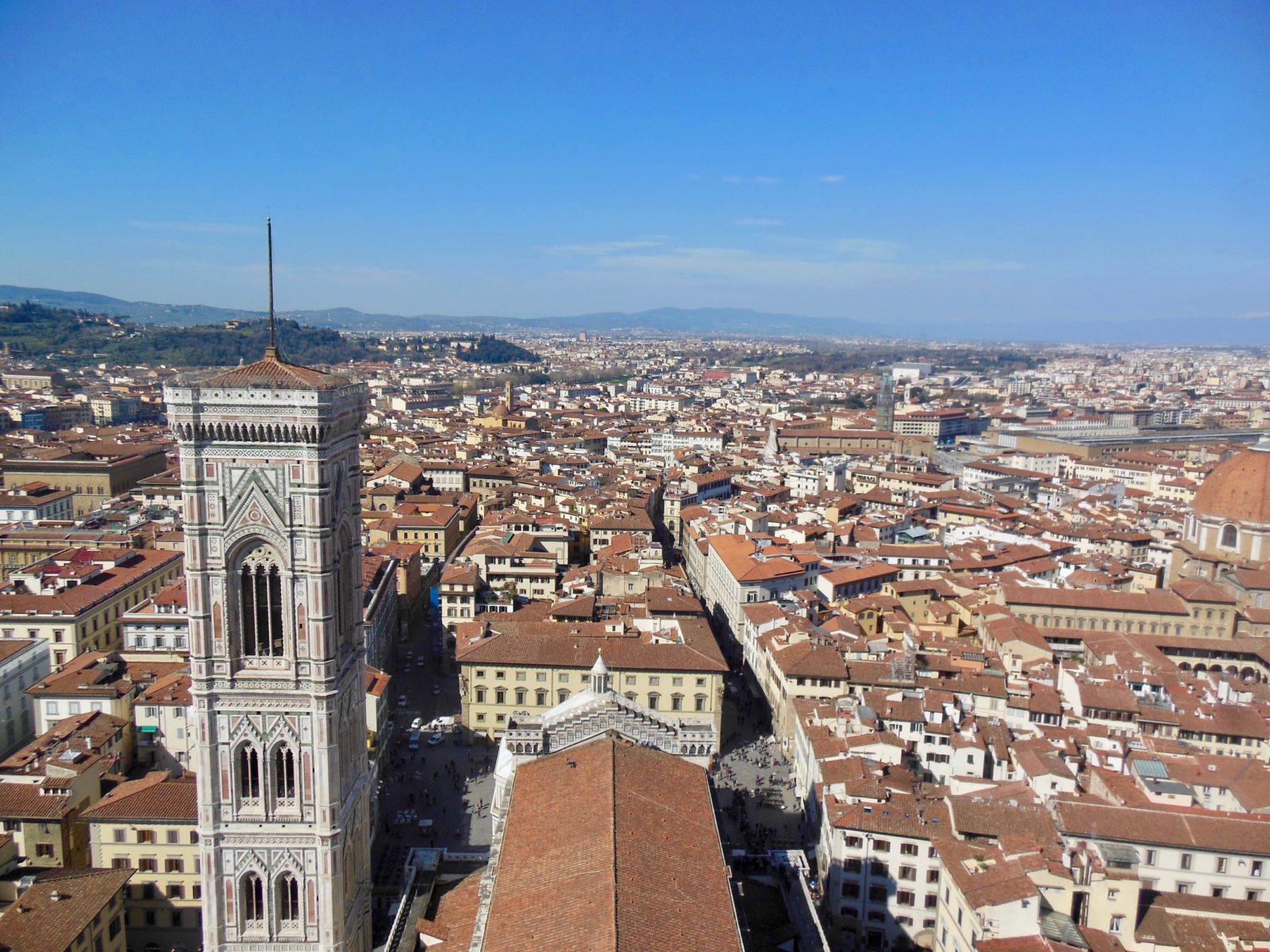 We left Rome early so that we could catch a train to Florence, where we were based for the next two days.  After checking in to our Airbnb, we headed to the main tourist attraction, the Duomo. 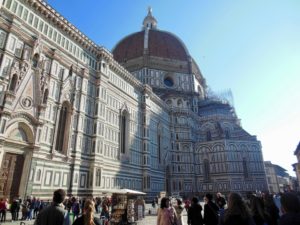 We had reservations to climb the dome, which I would highly recommend!  First of all, the views are spectacular.  It gives you a clear view of Florence, and it also lets you see the inside of the church without waiting in the long line.  Plus, you get up close and personal with the frescos on the ceiling.  These featured dramatic scenes of sinners being pulled into hell. 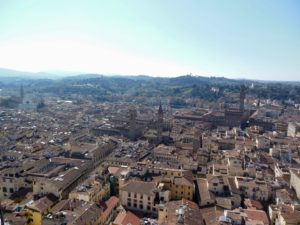 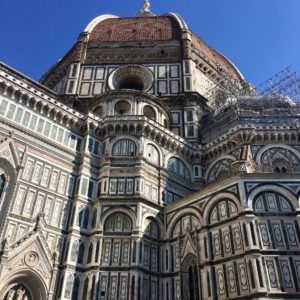 There are a ton of stairs, and the staircases get fairly narrow at times.  I believe when I bought the tickets, it gave a warning to people who were claustrophobic.  The ticket also allowed us into all the other buildings in the church complex, although we opted to not wait in line for most of them.  We did go into the museum, which had religious items and information about the architecture of the dome.  One room had some bones from John the Baptist, so that was kind of cool. 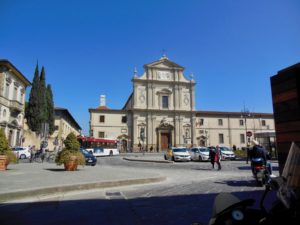 We had a little extra time to explore Florence before we had to meet our wine and pasta tour, so we wandered around through the narrow streets.  I generally have a good sense of direction, but it was a challenge in these streets!  We got gelato and found the courtyard, where our tour guides came to pick us up. 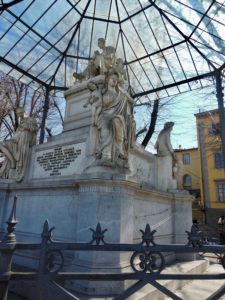 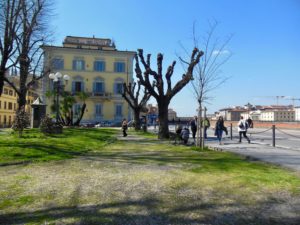 From there, we were whisked into the Tuscan countryside.  Our first stop was a winery.  We got a quick tour of the villa, and then had a wine tasting.  There was a white and two reds followed by a dessert wine.  Unlike the other wine regions I’ve visited, it seems as though Italian wineries see the production of dessert wine as a status symbol.  It’s fairly expensive, as it uses significantly more grapes than traditional wine, but we saw it here and at the wine tasting we did in Cinque Terre. 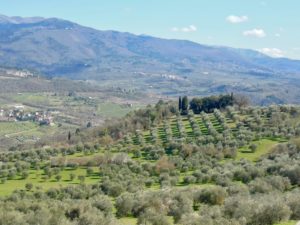 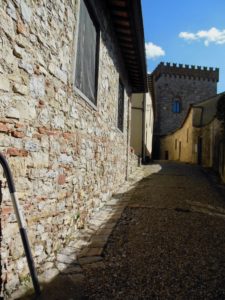 After we had all drank wine and shipped some back to the U.S., our guides brought us back to their family villa for a pasta class.  We ended up with one of the founders of the whole operation, and she told us about how she had started the business.  They were high up on a hill, and the views from their villa were stunning.  They poured more wine and started the lesson on pasta.  It was easier to make than I expected, although I did end up breaking my egg almost immediately when we started.  Oops.  We made ravioli with cheese filling and fettuccini, and they whipped up sauces to go on both.  Once we were done making everything, we all sat down for dinner.  It was such a delicious meal! 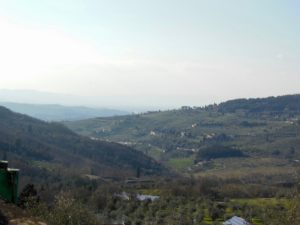 The next morning, we left our Airbnb early to head to Pisa to see the Leaning Tower.  From previous research, I knew there wasn’t much else to see in Pisa, so we just grabbed breakfast at a bakery along the way, took some kitschy pictures with the tower, and headed back to Florence for the rest of the day.  Like Stonehenge, it’s one of those monuments where I’m glad I’ve seen it, even if it isn’t all that exciting.  And after seeing it in person, I’ll admit it leans much more dramatically than I thought it did! 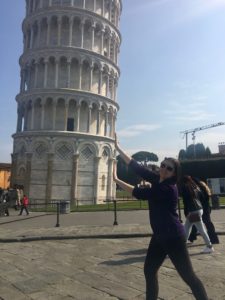 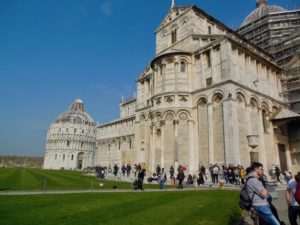 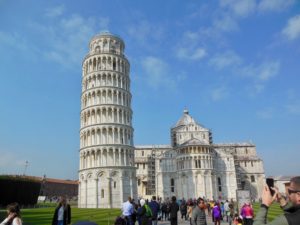 After Pisa, we walked back and explored more of Florence.  I had booked timed tickets at the Uffizi Gallery, so we were killing time until that.  We walked across the Ponte Vecchio, which was swarming with tourists, and walked along the river.  We tried to go around the Boboli Gardens without realizing how large they were, which meant we got a very good look at the charming side streets in that area of the city. 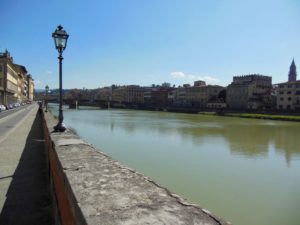 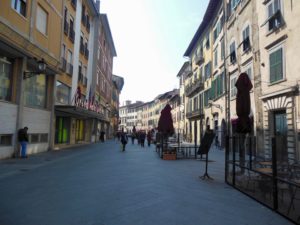 The Uffizi Gallery was less busy than I expected it to be, considering the crazy lines outside.  One of the coolest parts of it was walking into a room and ending up right in front of The Birth of Venus.  I also think Renaissance art is hilarious, because every person they ever painted is in awkward positions and the babies have faces like old men, so I entertained myself that way throughout the gallery.  We had an early night again, since we were getting up for another early train ride the next morning. 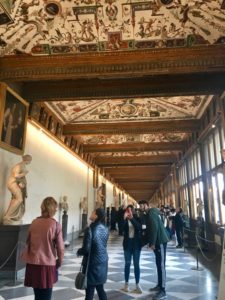 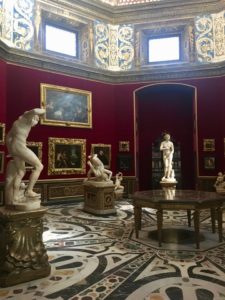 My main takeaway is that I would definitely love to come back and spend more time in wine country.  Florence was gorgeous as well, especially when wandering the streets that aren’t adjacent to the Duomo and the big museums.  It’s fun to get lost in the side streets as they wind through the city.