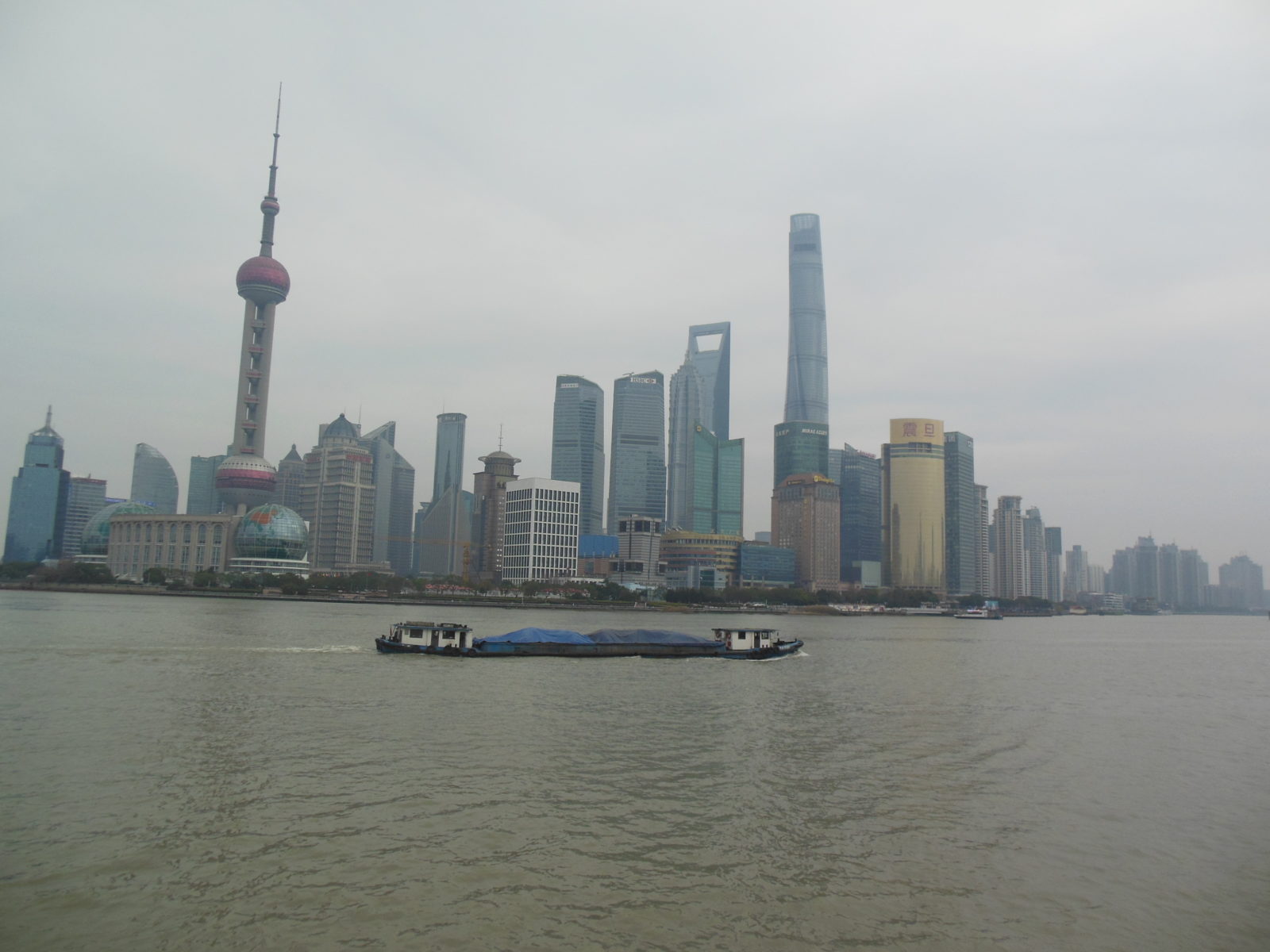 I left Beijing early to take a train to Shanghai.  While I lucked out with air quality for most of my trip (except Xi’an), this train ride was my first glimpse into the horrible pollution that exists in China.  I looked out at the sun rising behind the clouds of smoke, and it took me a few minutes to recognize that it was in fact the sun.

Getting into Shanghai, I could immediately sense how different it was from Beijing.  Much more modern, of course, but also a wider variety of cultures mixing together.  My first order of business was to check into my hotel, which was amazing!  It was about a block away from Nanjing Road.  I had splurged on this one and was absolutely blown away.  They even did chocolate on the pillow, which, in my opinion, is the true mark of a luxurious place. 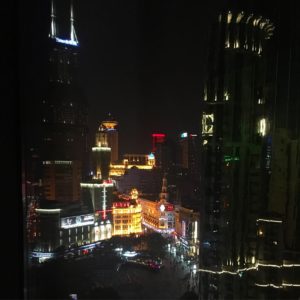 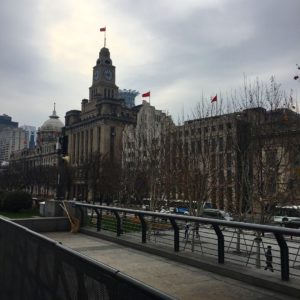 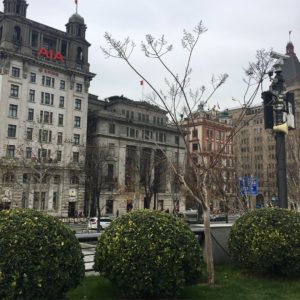 The first picture is the view from my window.  My first stop was the Bund to see the famous skyline, undoubtably the coolest one I’ve ever seen!  From there, I explored Nanjing Road, which had gorgeous shopping malls.  There was one that had a series of spiral escalators.  I’d never even contemplated that a non-straight escalator could exist!  Shanghai truly felt like the future. 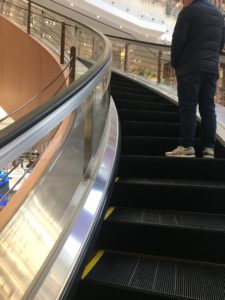 The next morning, I got up early and headed to Yuyuan Garden.  I was there before it opened, technically, which gave me time to explore the area first.  I LOVED Yuyuan Garden.  Truly one of the most magical places I’ve been.  I’ve heard it’s rather touristy, but because I was there early, I was probably the fifth person in the garden, and I felt like I had it to myself for at least the first hour and a half or so.  It’s full of hidden passageways and staircases, which are of course my favorite thing, and every area represents a different style of traditional garden. 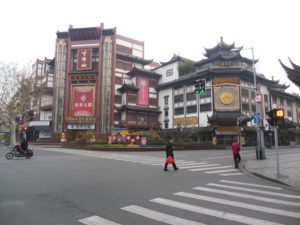 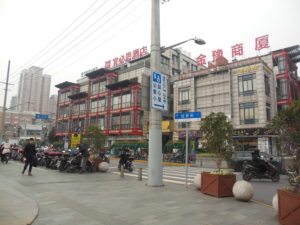 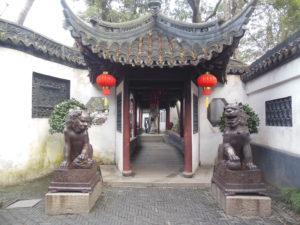 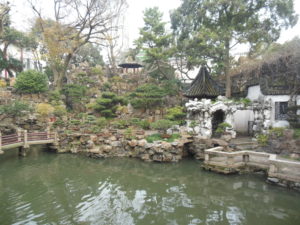 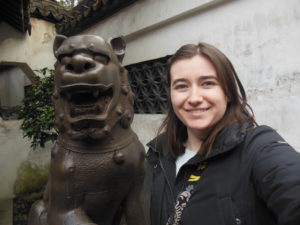 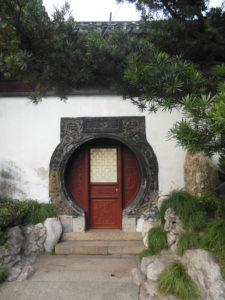 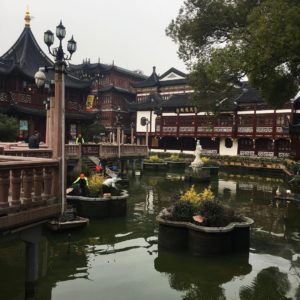 As it started to get more crowded, I went temple hopping in Shanghai.  First I visited the Jade Buddha temple, followed by the Jing’an temple.  This let me explore a few other neighborhoods in Shanghai.  The ironic part of the Jing’an one is that it is right next to a mall, and from many angles you could see a large Old Navy sign in the background. 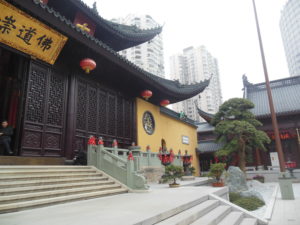 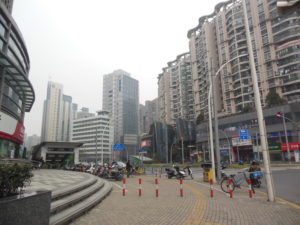 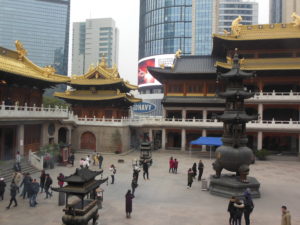 From there, I headed to the French Concession!  It’s such a cool neighborhood.  The first street I walked down was half small hipster boutiques and half Chinese food shops.  Then I ended up in a residential area that had plenty of international schools and hipster beer bars.  I made my way over to the Propaganda Poster Art museum.  Strangely enough, it is located in the basement of an apartment building, so you just have to follow the signs and you come to a tiny museum lined with most of the remaining propaganda posters from the Mao era in China.  For probably obvious reasons, China has destroyed many of these, and this museum is the only one of its kind in the world.  They provided context for each time period, and it was really interesting.  I bought a replica of one that shows one of the few ballet performances that were allowed while Mao was in power. 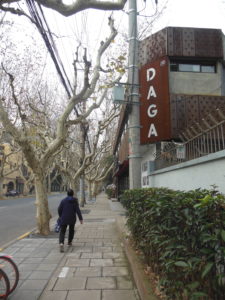 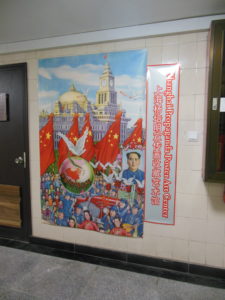 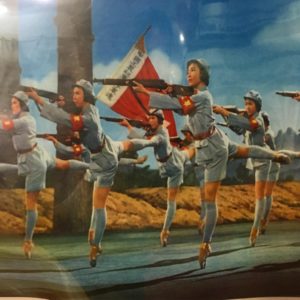 That night, I headed to the Bund again to see the skyline at night.  It truly is spectacular.  The Shanghai skyline feels like someone saw the Jetsons and then decided to make it real.  I wanted to just stare at it forever. 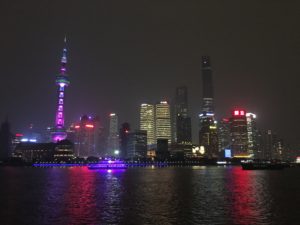 For my last morning in Shanghai, I had a nice leisurely breakfast at the hotel.  I tried dragonfruit for the first time and liked it quite a bit!  Once I checked out of my hotel, I headed over to the financial district.  There’s a walkway over a good portion of it and I headed over to a nice park, where I had great views of all of the skyscrapers. 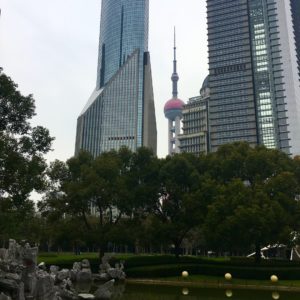 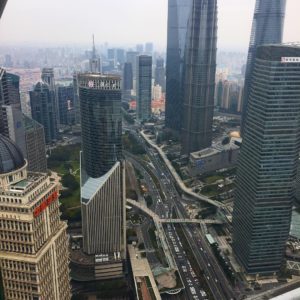 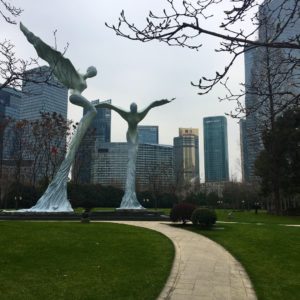 I spent part of the afternoon at the Oriental Pearl Tower, which offers amazing views of the city and has a museum about Shanghai on the bottom floor.  It was great to get a sense of the history of the city.  They went through its origins, from an old port city to colonization and later modernization.  One interesting aspect of museums in China is that they have stores in between the exhibits…. they’re excellent at the “exit through the gift shop” method. 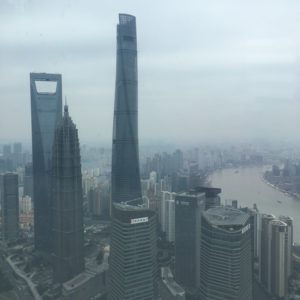 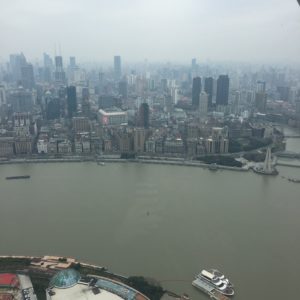 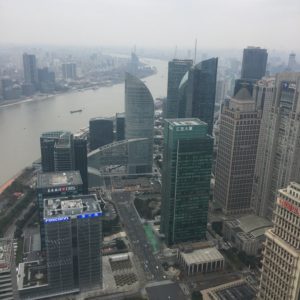 I took a night train to Xi’an that night, which was an adventure.  At the end of my time in Shanghai, though, I had fallen in love with the city, and I would absolutely love to go back!