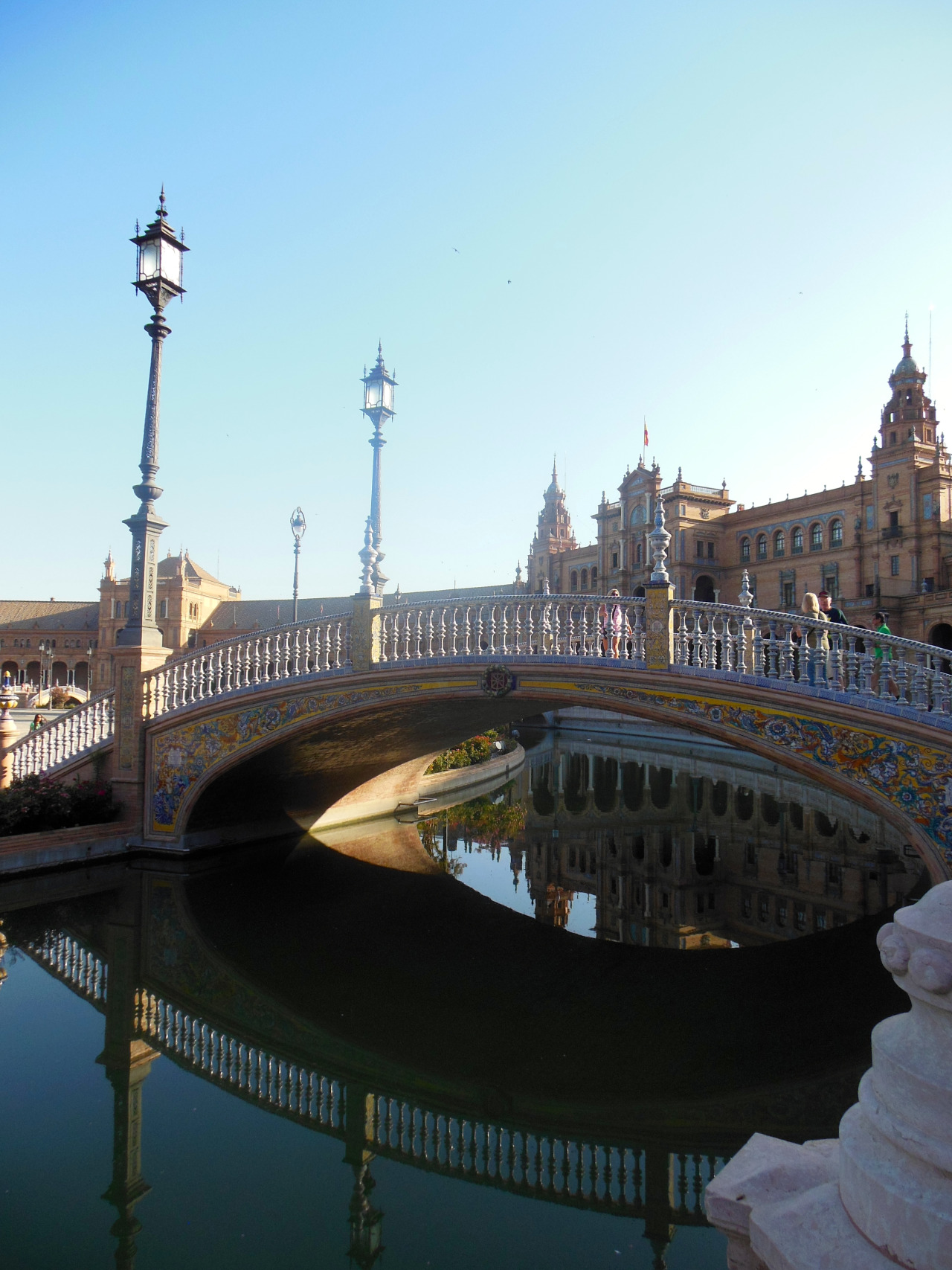 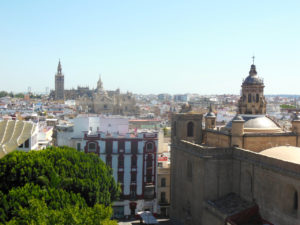 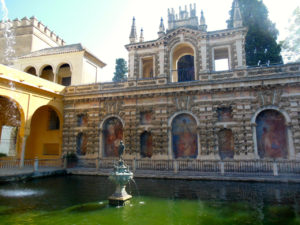 After Gibraltar, we drove to Sevilla.  We climbed up to the top of the Mirador, that looks like a mushroom, which was quite hot in the afternoon but had pretty great views of the city.  We wandered around a little that evening, taking in the area around our hotel, and then had the main tour the next day.  It started at Plaza de España, which was gorgeous.  Then we headed to the Alcazar, which had similar tiling as the Alhambra, and walked around the city center a bit.  Sevilla is a beautiful city, the architecture was very ornate. 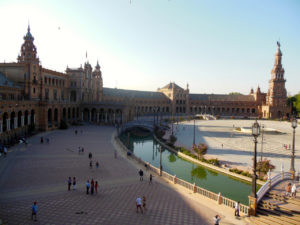 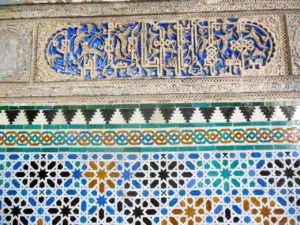 The best part of our time there, however, was the flamenco show!  The footwork reminded me a lot of tap, and it was pretty impressive.  The woman who did the choreography was apparently 70 years old.  They performed an excerpt from Carmen, had live music, and did various solo and couples dances with castanets.  Having once danced to the music of Carmen, it was nice to hear music I recognized.  I love watching people dance, and it was awesome to see the regional style! 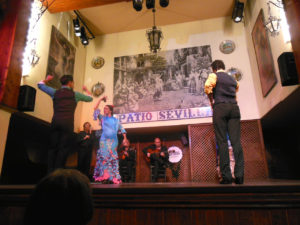 Our next morning was spent in Cordoba, where we went to a mosque that had been turned into a church.  It had beautiful ceilings, and row after row of columns with red-striped arches.  It still amazes me how the different religious practices seem to coexist so easily in Spain. 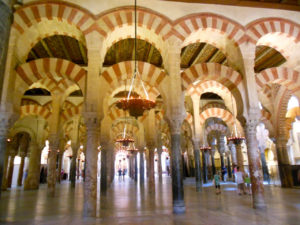 Our final night was in Madrid again, after coming full circle.  The trip was a whirlwind!  I had a great time, and although there are a few cities I would visit again, I feel as though I have a good sense of Spain and I’ve seen many of their famous monuments and artwork.

I’ve finished blogging about this trip just in time, because I leave for France in 5.5 hours!  I have a flight into Paris, a train ride to Strasbourg, and then I’ll have to find my Airbnb place from the train station.  I’ll keep you updated on how that goes.