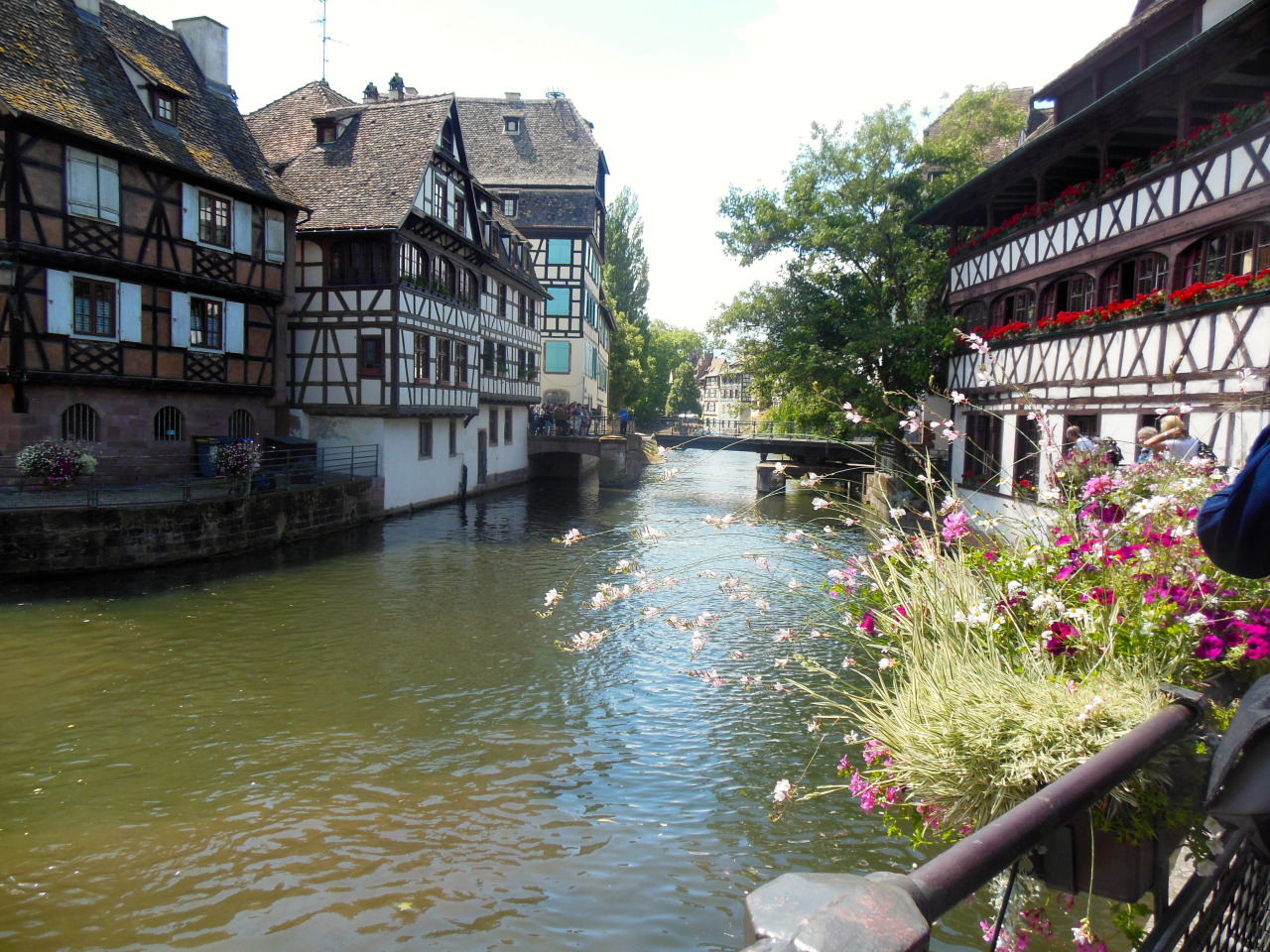 I’ve spent the last week exploring the city and starting my research, which involves a lot of sending emails to try to get interviews (at varying degrees of success).  I had my first interview last Thursday, which went incredibly well!  The woman walked me through their system, helped me refine my questions, and made sure to speak slowly and write down the important details for me.  Considering how nervous I was, it was nice to have such a good experience to start everything off! 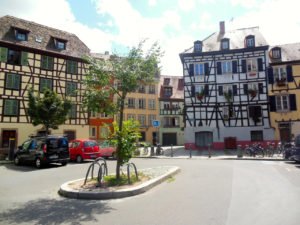 I’ve been busy trying to immerse myself in the culture as well.  The weekend before last, there was some kind of festival, so it was as though the entire city had been turned into a giant garage sale, which was fun.  And on Tuesday, I went to an event that was essentially like multilingual speed dating, where people who want to work on English and people who want to work on French meet up and speak in 7-10 minutes in each language. 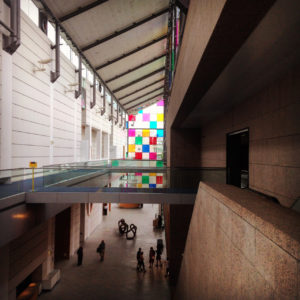 This past weekend, I went and visited the Strasbourg Modern Art Museum, as pictured above.  As I’ve mentioned before on this blog (see the Guggenheim Museum), modern art is hit or miss for me.  There was a whole exhibit on the the history of modern art, that started with my favorite style, impressionism, and then went through different phases, including everything from cubism to stained glass until it got to the extremely modern part, where I counted four canvases painted entirely black.  There was also a sculpture that looked like a twisted churro, a section with a lot of pencils that I think had something to do with the Cold War, a dress made out of dried cow organs, and some rocks arranged in a giant circle.  It’s always a bit unsettling in a modern art museum, because you never know what to expect when you round the corner.  In one exhibit, there was this room off of the main section.  When you walked in, it was very dark, with black walls and a single light bulb illuminating the room.  What made it interesting was the soundtrack of loudly crashing waves, so it felt as though you’d walked under the deck of a ship. 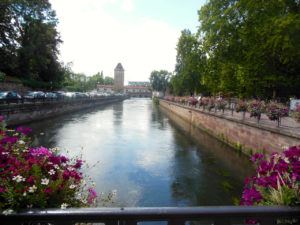 Now I want to talk a little about the French language, because that was the #1 question I got when I told people about this project.  It has been a challenge, as expected.  As a little background, I started taking French classes at the age of 12, because I wanted to start a foreign language and I had this crazy idea that taking ballet classes would make it easier.  I continued until my senior year of high school, when it stopped being offered.  When I got to Northwestern, I took two quarters more to obtain my required proficiency and didn’t continue.  I was over the comprehension videos about cheesemaking, the endless conjugation charts, the nitpicking grammar, the professor who seemed upset when my class was not already fluent… and then I studied abroad, and was reminded why I took French in the first place.  I sat in my Danish classes and realized I liked taking foreign language classes, and when I visited Paris I decided that if I was brave enough to speak to French speakers, I could handle taking another class at college.  And then, I upped the ante by applying for this project…

The years of French class have mostly prepared me for this.  I’ve had conversations with people.  In the airport, over lunch, with my Airbnb hosts, at the interview.  There’s still a part of me that’s scared of talking to people, and I wish I could casually respond when I’m on a train and it gets delayed and the person next to me asks me a question.  I wish I could go into a shop and not freeze when they ask me if I need help finding things.  I often understand what’s going on, but responding quickly is difficult.  I think having these conversations has been good for me, though, and I’m hoping by the end of the summer it won’t be so scary.