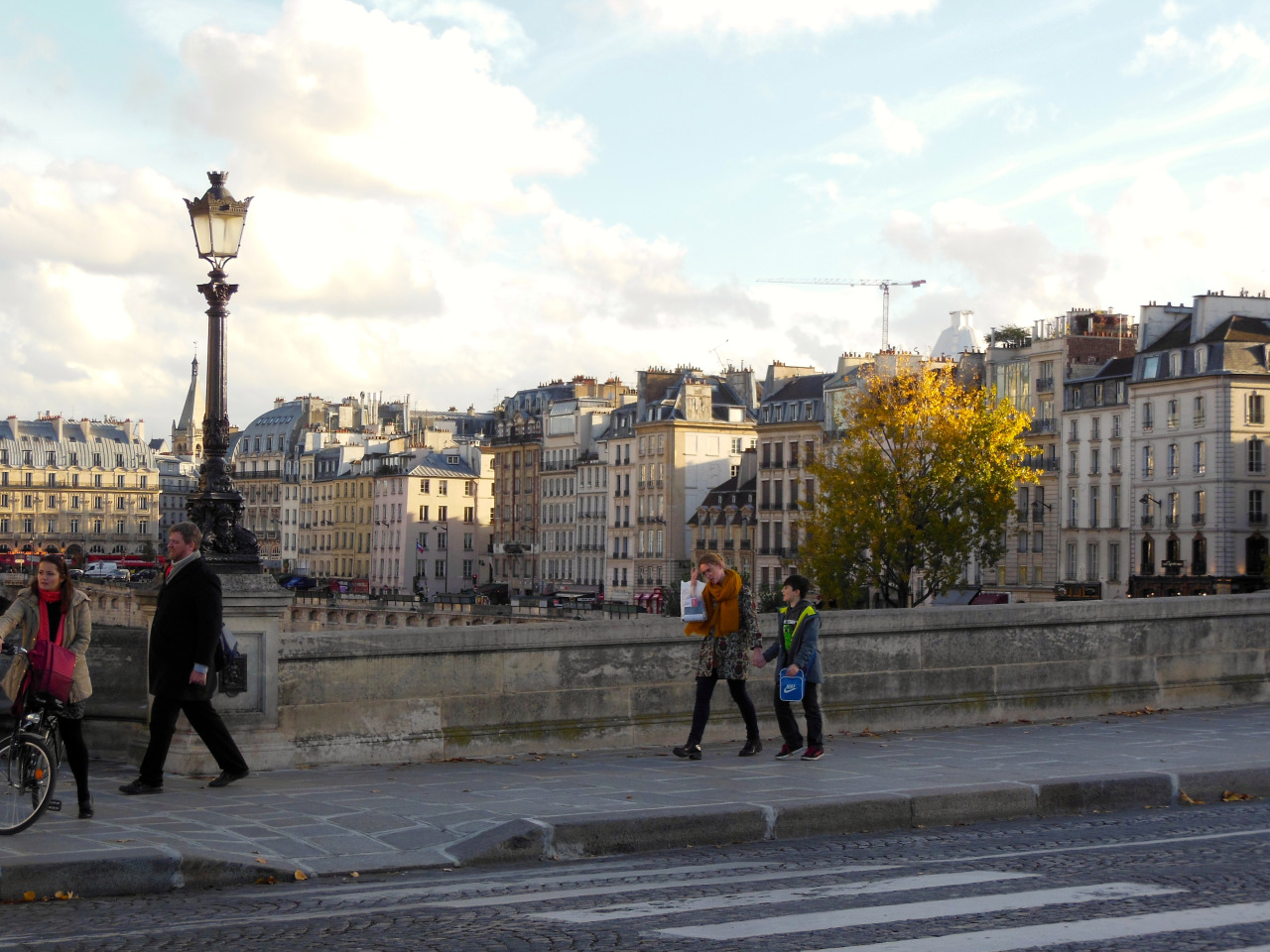 Five days was not enough.  I fell completely in love with the city.  It was vibrant and gorgeous, and for the first time since coming to Europe I could actually communicate properly with people in their native language.  I never thought I would be excited at being able to read advertisements and other signs on the street…

Strangely enough, though, there was a little culture shock.  When I first got on the train it struck me as so inconvenient that I would have to put my ticket in the machine, since in Denmark they just assume you’ve paid.  I realized I’ve lost my ability to jaywalk.  And, as I walked by a shop, someone who worked there said “Bonjour!” and it took me an absurd amount of time to respond since Danish people would probably rather vote for a Republican than talk to a stranger on the street just to say Hi. (yes I’m totally exaggerating no Dane would ever vote for a Republican) 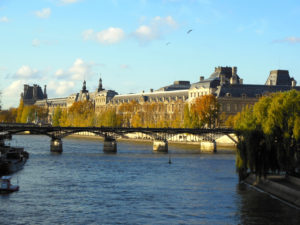 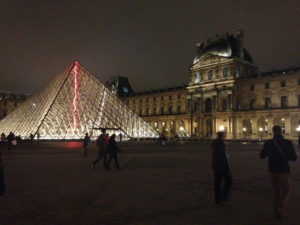 My first day I went to the Louvre and wandered around until I reached my daily art limit.  Then I walked through the city along the Seine and soaked up the beauty of the city.  That night, Kelcy took me to the Eiffel Tower to see the lights as they sparkled and L’Arc de Triomphe, and I could barely contain my excitement at seeing the two most iconic monuments in Paris. 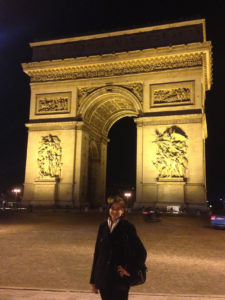 The next morning, Kelcy had to go to class and so I met up with Chen He, my friend from Northwestern.  We went to some of the less touristy spots, like a taxidermy shop/museum (“Do you like dead animals?”) and France’s oldest library!  It was great to get to see some places I wouldn’t have necessarily explored on my own, and after that I met up with my Impressionism class.  We went to the Opera Garnier and got a tour of that, which was beautiful.  I wish I would have been able to see a show there!

After that, we had free time, and I had my most successful encounter in French to date.  I went to one of the really nice department stores, and went to the bookstore part because I decided I wanted another book in French.  In the mystery section, I found Agatha Christie, and figured I could get And Then There Were None.  Except it wasn’t called that, so I had to ask a sales assistant, which meant I had to give a few details of the plot so that he could tell me what the French name was.  Dix Petits Nègres, if you’re interested.  Political correctness is not Europe’s strong suit. 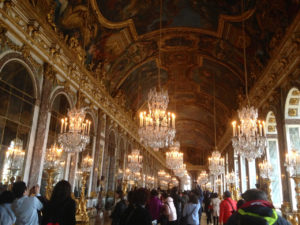 The next day we got a sightseeing tour and then headed to Versailles!  It was beautiful, but honestly after seeing the palaces in Russia I wasn’t as impressed as I thought I would be.  The Hall of Mirrors was cool, and I think the gardens would be amazing if they had flowers (that’s the struggle of visiting during November….) but overall, most of the rooms seemed fairly normal.  Later that night, I went back to the Louvre and finally saw the Mona Lisa.

The art didn’t stop there, because our next morning started with Musée de l’Orangerie, which had Monet’s water lilies, followed by Musée d’Orsay with most well known impressionist works.  It was pretty awesome to see art where I knew the pieces and their context, and impressionism is my favorite movement (based on my very limited knowledge of art).  This was followed by more free time, in which I went with a friend to the catacombs.  I’ve now seen more bones than I ever expected to, although the basement part of Hamlet’s castle was actually far creepier.  It was definitely worth the visit though! 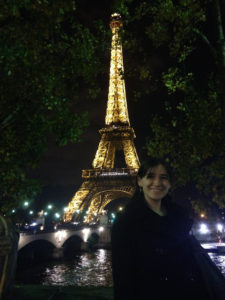 The final highlight of the trip was our Seine dinner cruise.  Everyone got dressed up and we had three hours of floating down the Seine, with a three course meal and quite a bit of free wine.  The views were lovely, as was the company and the alcohol.  Afterwards, Alanna and I went to find a bar to experience Parisian nightlife and we ended up finding a wine bar!  The atmosphere was relaxed and the bartender recommended a very good light red wine.  We felt very classy and French, and he even gave us a 3 euro discount at the end of the night so that was exciting.  (But also confusing.) 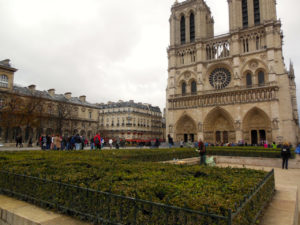 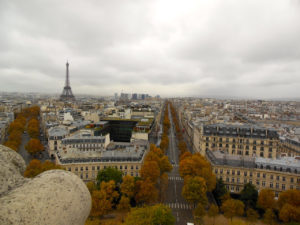 My last morning, I went to part of the mass at Notre Dame.  The music and stained glass windows were very beautiful.  After I left, I went to L’Arc de Triomphe again to climb it, which had amazing views of the city.  I took a lot of selfies.  When I got down again, Kelcy took me to Shakespeare and Company and then I spent the rest of my time wandering around the Latin Quarter before meeting up with my class once more to head to the airport. 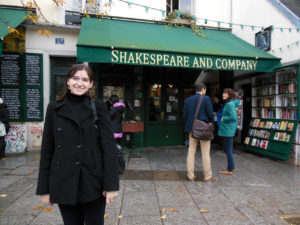 Everyone says Parisians are rude, that they’re the New Yorkers of Europe.  Having never been to New York, I can’t really make that comparison, but the Parisians I interacted with were not rude.  I usually spoke to them in French, and they apparently deemed it acceptable.  In fact, the one person I talked to who switched to English asked me in French first if we should switch to English (which was great since I was getting directions).

Overall, it was a fantastic five days.  Paris is my favorite place I’ve ever been to, and I know I’ll be back.