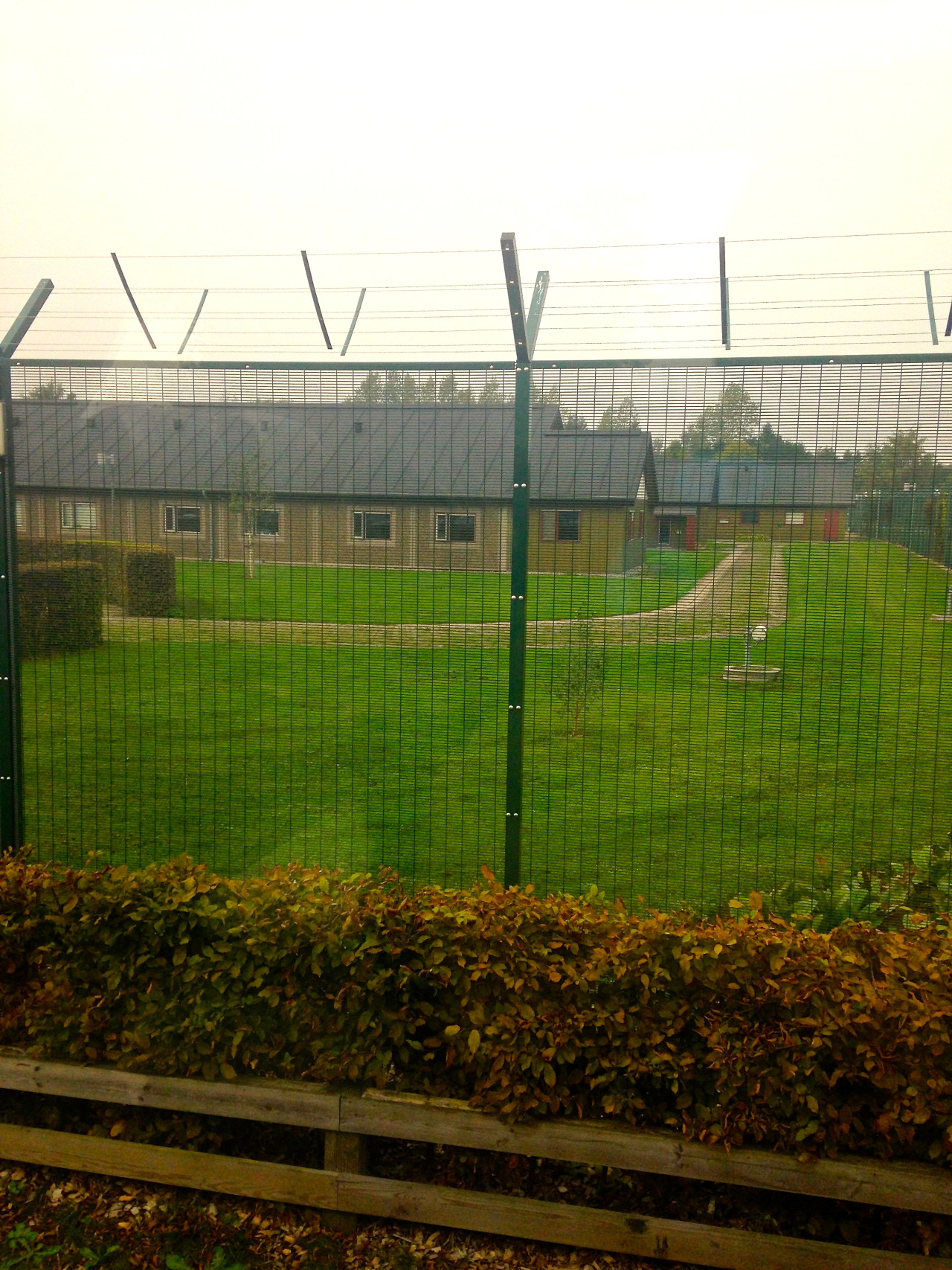 When you speak of culture shock, you might expect it to hit you right away when you arrive in a new country.  However, someone once told me about a theory of culture as an iceberg: you can see some of it as you walk down the street, but there’s so much more that isn’t obvious.  It only starts to become apparent later, when you learn about the underlying values of that culture and how they think about things differently than you’re used to.  For me, I feel culture shock whenever I spend time in my criminology class.

Today, we went to the Danish open prison in Jyderup and got a tour from a prisoner and a guard.  An open prison means that prisoners are often allowed to leave the grounds for work and school.  Even if they aren’t granted leave, the inmates are still allowed quite a bit of freedom.  In open prison, they are each given cell phones where they can text and call people at any time, they just can’t access the internet.  Denmark also has closed prisons, which are more similar to the type we see in the US, and are usually where prisoners with longer sentences start serving their time.  Criteria for a “long sentence” is 5 years.

We didn’t go through a metal detector or have any kind of search to enter the prison.  The inmate met us wearing regular street clothes, which is completely normal for Danish prisoners.  In the cells, most of the prisoners bring their own furniture, so the rooms end up looking quite nice.  We went inside two of them (but of course we weren’t allowed to take pictures).  The first was someone who I gather was from a rich family, as the inmate and guard warned us that most cells were not like that.  The room looked as nice, if not nicer, than my bedroom at home, with a TV on the wall and a personal bathroom.  The other cell was a bit smaller, but that one was in the drug treatment ward so it was less personalized and looked equivalent to most dorm rooms I’ve seen in the US.

When we saw the kitchen, one surprise was that there were knives hanging on the wall.  They were attached to the wall, but as the guard talked about that area of the prison she told us that she wished the knives were not attached.  It’s interesting, because Denmark’s philosophy on that is that anything can be made into a weapon if you try hard enough and so they would rather make it a little more normal for the prisoners.  Their entire criminal system is about normalizing the prisoners as much as possible.  Visitors are allowed to spend time in the prisoner’s room, and they’re allowed to cook together in the kitchen or play football in the yard.  Girlfriends or wives are even allowed to have sex with the prisoners- the guard told us it was nicer to be able to use your own bed than the one in the visiting room “that would be used probably six or seven times before you got there.”

We went to see the gym, where they told us that Denmark restricts weights in prisons.  To use the heavy weights, the inmates must have a ‘green card’ from an organization that tests for steroids, which the prison implemented to stop steroid users from bulking up and being more aggressive.

Both the inmate and the guard said that the prison we saw was Denmark’s nicest open prison, mainly due to its policies for family visits.  The prisoner talked about how it made him want to follow the rules more, because there was more at stake and he didn’t want to go back to a closed prison where he couldn’t see his wife and children as often.  He had served approximately four years of an eleven year sentence for trafficking cocaine, and also spoke about how difficult it would be to adjust to life outside since he had never known a life where his primary source of income was not criminal activity.

For me, coming from a summer of working in the District Attorney’s office, it was fascinating and shocking to see this type of system.  I’m still somewhat baffled as to how it all works, since that level of social trust is a foreign concept to me.  They have open prisons, open public transportation systems, and most of their society relies on people doing what they’re supposed to.  And people don’t take advantage of it!  I’m so glad I got to go see open prison while I’m here, since the legal system has always fascinated me and Denmark’s is so incredibly different.  Even after this, though, I’m sure my criminology class will continue to surprise me.

I leave for Russia on Sunday, so the next time I post I will hopefully have pictures and stories from that!  Vi ses!