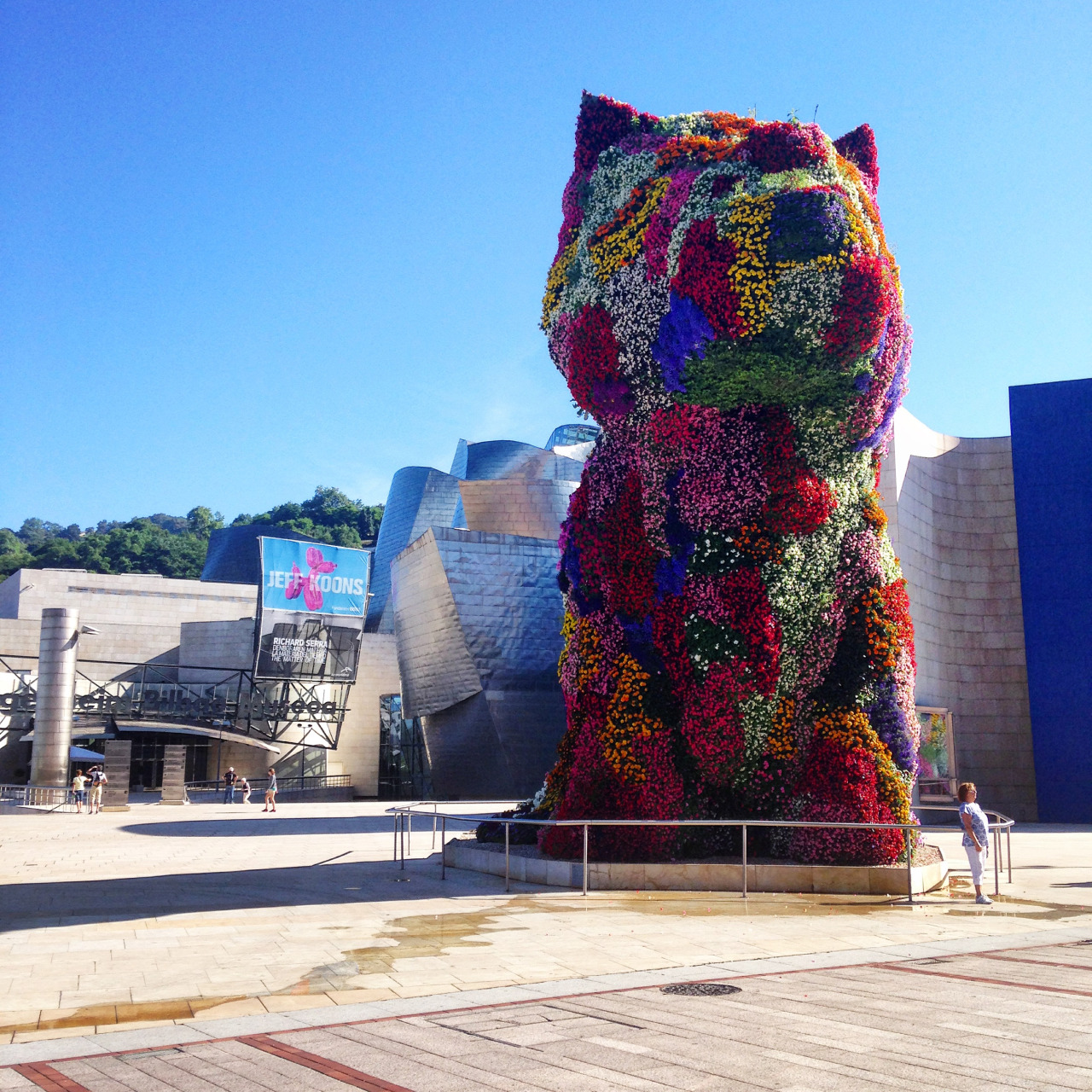 After we left Vitoria, we headed to Bilbao, where we saw the Guggenheim Museum!  Architecturally, it was amazing, with all these curved walls.  I’ve only been to one modern art museum before, which was ARoS in Denmark, and for me, modern art is very hit or miss.  I tend to look at it as an experience, rather than “art” in the traditional sense.  And I totally didn’t get some of the exhibits, like the umbrellas in the lobby, but other ones were really cool.  They have this giant flowered dog in the front of the museum, and there was another piece by the guy who did the Bean in Chicago’s Millennium Park, and a creepy spider that was supposed to represent the artist’s relationship with her mother (….yikes).  The most interesting for me was a series of statues that looked like inflatable pool toys, like the animal kind that kids can sit on.  They looked exactly like inflatables, but they were made of steel.  It was bizarre.  I had the feeling if I could reach out and touch them that there would be give.  In the ehh side of the exhibit, the part that made me shocked that someone got paid to do it, there was a series with old vacuum cleaners in glass cases with bright lights.  Don’t ask me what that one represents. 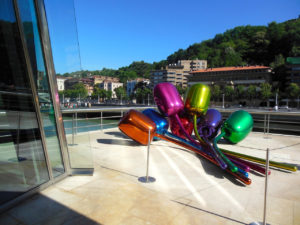 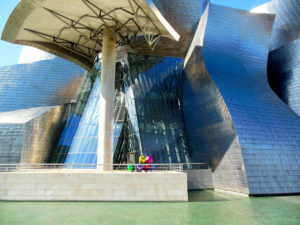 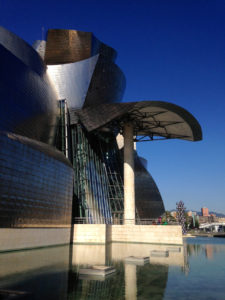 After we left the Guggenheim, we went to San Sebastian, which was beautiful.  It’s shaped like a big horseshoe so there was plenty of beach space.  We walked around the area with shops and restaurants and got some ice cream.  I got to practice a little French with some tourists who wanted me to take their picture, and then we went on to the beach and walked along that.  It was lovely.  It was also my first introduction to topless beaches.  Which is a trend that I am very glad has not spread to America.  Not that I’m a prude, but I really don’t want to see certain people topless. 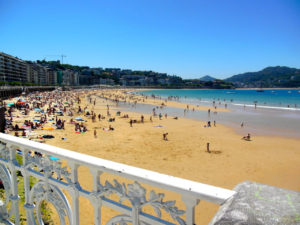 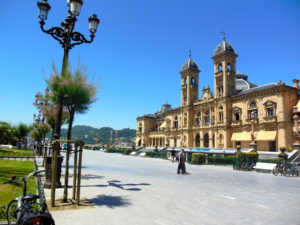 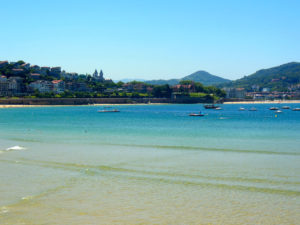 From there we ended the day in the Pamplona, where we got to walk along the path where they do the running of the bulls.  They were setting up the fencing for it while we were there, actually.  Our guide told us all about bullfights, which I don’t support, but I have seen the running of the bulls on TV so it was pretty cool to actually be where that takes place. 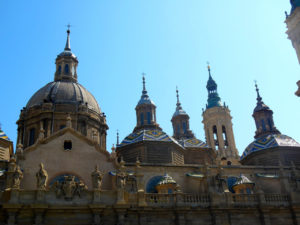 The next day, we left for Barcelona, and we had a stop at Saragossa at a very pretty church where supposedly the Virgin Mary appeared to someone.  After a short tour of the church, we headed off to a café again and enjoyed another relaxed morning.