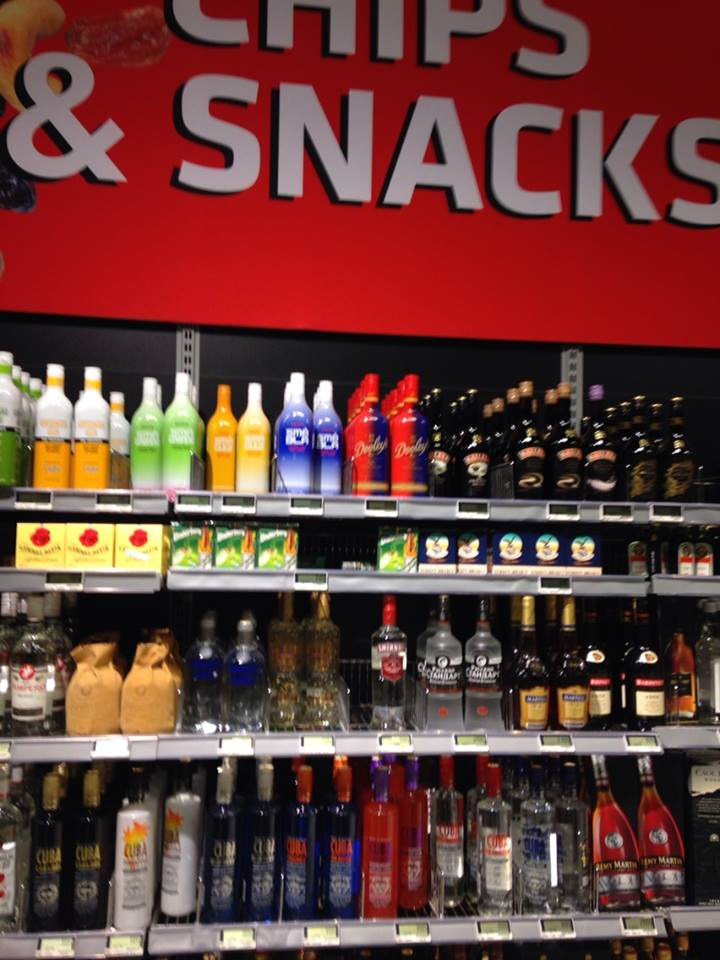 Today marked my… fifth time at the grocery store, I think.  I initially was going to this pretty awful one, but now I’ve switched to the Føtex, which is much better, because at least in this case the foods are found in logical, non arbitrary locations.  Exception, of course, being the third picture where alcohol is apparently considered “Chips and Snacks.”  The first several times I went were pretty rough, as I mostly wandered around the store, overwhelmed and disoriented, hoping that I might find something that looks like food to me.  At one point, I accidentally bought tortellini that had ham in it, which I gave to my roommate. 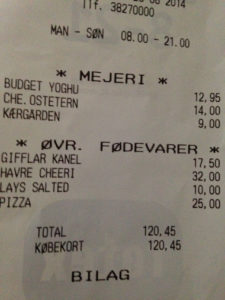 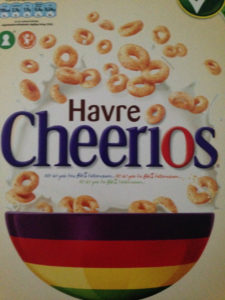 Today, however, was the most successful experience I’ve had at the grocery store yet.  After asking an employee (who had to go check with someone else), I learned that “havre” means oats, which meant that I found normal Cheerios!  And, better yet, I actually managed to pay for my groceries without the cashier realizing I was an American.  I now have most of the important staples, like bread, butter, apples, pasta, frozen pizza, and cereal.  What I really need to do is start getting up earlier and actually making time for breakfast, because getting through class without that is a huge struggle.  Overall, though, I’m managing.  Just finding frozen pizza was probably the best thing that’s happened to me with regards to food.

New Danish word of the day: fødselsdag (pronounced few-suls-day).  It means birthday, and is super fun to say.  In one of the sentences we practiced in Danish today: Jeg har fødselsdag i september.