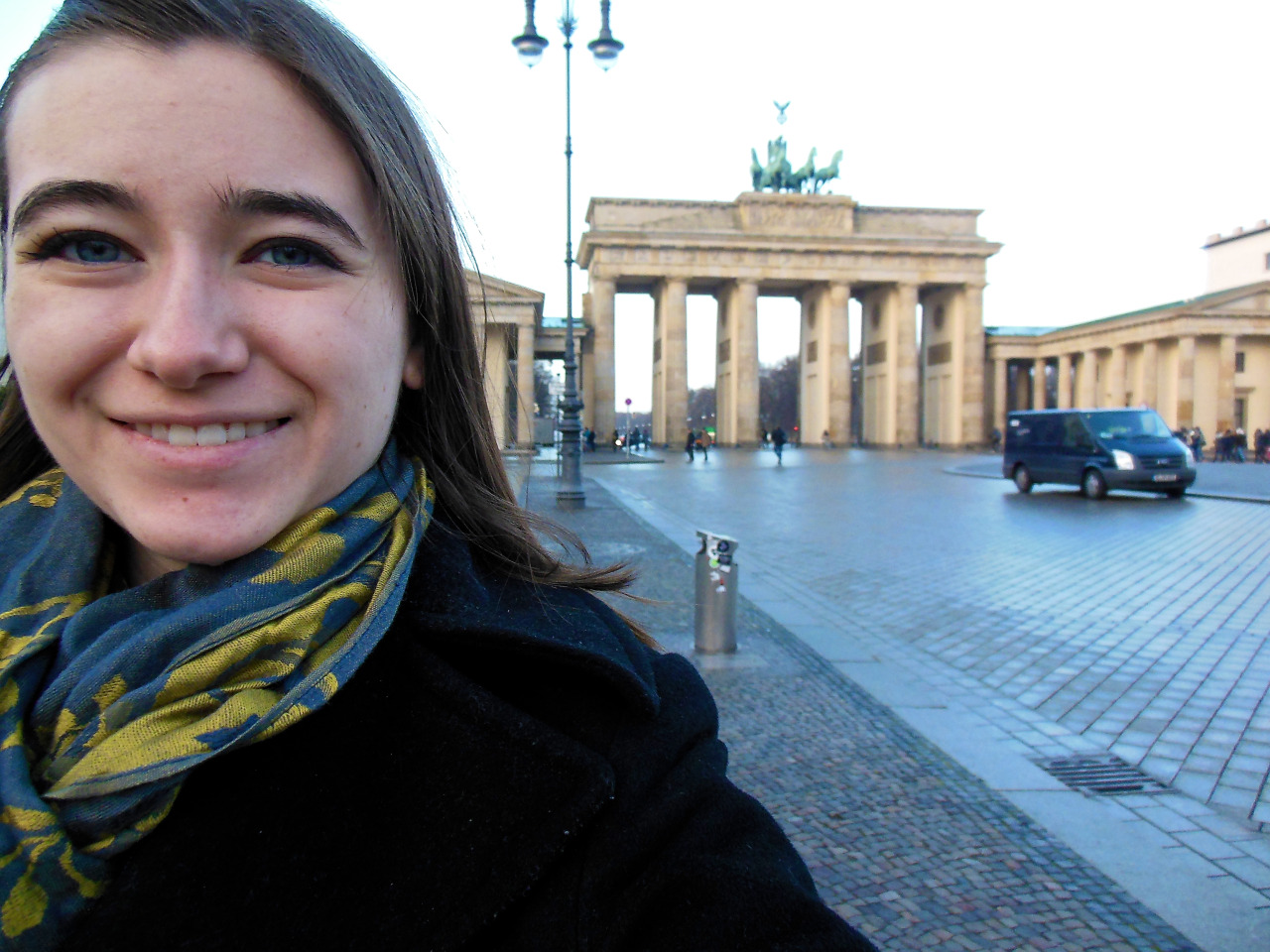 For those of you who read this blog with any regularity, you may have caught that I said Berlin wasn’t going to be “exactly as planned.”  Initially, this trip was supposed to be with my friend from school Andrew, before he caught what appears to be the Italian superflu and was stuck in bed for a week.  So, Berlin ended up being my first real solo trip.

The amount of history that happened in Berlin is crazy.  There are memorials and museums everywhere.  I feel like I went to so many museums, and in reality I barely scratched the surface.  It’s also fascinating to be in a city that is actively rebuilding.  As I went back through my pictures of the cityscape, most of them had a minimum of two cranes in the background.  It’s incredible to think of how recent the fall of the Berlin wall was, and how big of a difference those 25 years can make. 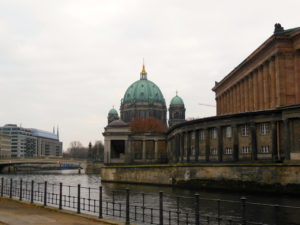 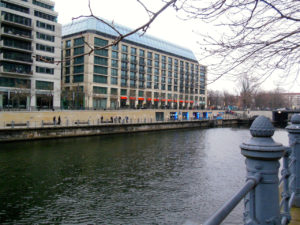 I arrived Sunday, and spent the afternoon walking around near my hostel.  I went to the DDR museum, which is interactive and shows the realities of life in East Germany, with spying, housing lotteries, and keeping up the appearance of the good communist.  I would definitely not have wanted to live there.

Monday I started with the more iconic aspects of the city: the Brandenburg Gate, the Reichstag (which I sadly did not climb), and the Memorial to the Murdered Jews of Europe.  I also went into the Tiergarten and checked out the memorials for homosexuals and Roma/Sinti murdered during the Holocaust as well.  I appreciated that my trip to Poland happened before this one.  I think seeing Auschwitz and discussing how to best memorialize the victims gave me a deeper understanding of the different perspectives that must be considered.  Looking at how Polish guides present the Holocaust also differs from the way that it is framed by the museums with a Jewish focus, and so on. 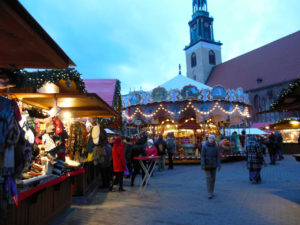 Continuing on the theme of touristy Monday, I went to the Topography of Terror next, which is a very cool partially outdoor museum that has both a chunk of the Berlin wall and some ruins from the headquarters of the SS and the Gestapo.  The museum itself is fantastic, with a lot of pictures and detail on the rise and fall of the Nazi regime, their policies, and documents that I couldn’t fully appreciate due to my lack of German skills.  From there, I walked to Checkpoint Charlie and went to a museum near there.  Since the information was in English, French, German, and Russian, there was a massive amount of text, which got a bit overwhelming.  The stories about both successful and failed escapes, however, were totally worth it.  After the museum, I went to my first German Christmas market, which lived up to the hype.  I went to Christmas markets a total of four days, and I love the lights and decorations and ice skating.  Also, if you are related to me, there is an extraordinarily high chance that your gift will come from those markets. 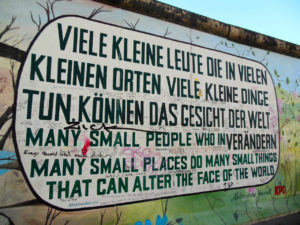 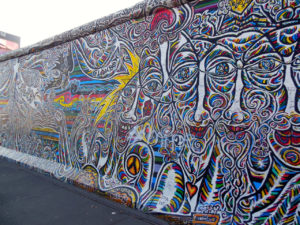 Tuesday, I started the day at the longest piece of the wall, the East Side Gallery.  The paintings are incredible, with amazing quotes and images related to the struggle for a free Berlin.  Although I was freezing by the end of the walk, I highly recommend going to see it if you’re in Berlin!

I went back to the hostel to warm up, and met the newest roommate in my hostel, an Australian who was going to be studying in Hamburg starting in January.  She invited me to come to the Jewish museum with some of her friends, and after that we went to another Christmas market and had spiked hot chocolate and glühwein (which is German mulled wine) and enjoyed the atmosphere.  We ended up stopping for more glühwein on the way back to the hostel, where we met an older German couple and ended up having a lengthy discussion on our three countries.  It felt very hyggeligt! (even though it feels weird to apply that word outside of Denmark)  Plus, I learned a lot about Australia and their slang, so that was cool. 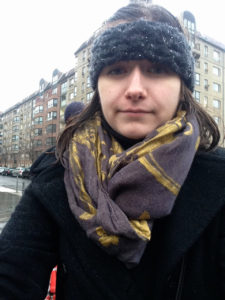 Wednesday I did a bike tour, which was…. really cold.  It started sleeting on us in the morning, and then turned to snow.  Nevertheless, I’m glad I got a real guided tour because I did learn a lot.  Biking is a really cool way to see a city.  Something to look for next time I travel in Europe, I think.  The tour took most of the day, so afterwards I went to… yet another Christmas market!

Thursday I decided to hit a couple more museum exhibits that I wanted to see, and I also did last minute Christmas shopping at… you guessed it, another Christmas market.  I went to the museum at the Memorial for the Murdered Jews of Europe, since it’s closed on Monday and so I hadn’t been.  Then, I went to the German History Museum because they had an exhibit on the RAF!

A bit of background for this: I spontaneously took a German History class freshman year, which turned out to be political extremisms in Germany since WW2, and we spent almost half a quarter on the RAF and the left wing movement.  I found it fascinating.  We watched a film on it, The Baader-Meinhof Complex, and when I went to the exhibit I could see the images of the crimes they committed playing in my head.  I got to see the motorcycle where they shot someone’s bodyguards before kidnapping him, the sketch of them in the courtroom, and even the wanted posters where the police X’d out their pictures when they were captured or killed.  It was so amazing to see history that I’d learned about so in depth come alive.

I apologize that this is turning into the world’s longest blog post.  Basically, Berlin was awesome.  I definitely want to go back, because I feel like there’s still so much to do and see there.  (And Andrew, if you read my blog, I wish you could have come too and I’m glad you’re finally starting to feel better)

I have two more full days in Europe, so it’s going to be a whirlwind of packing and saying goodbyes and seeing anything else I need to see in Copenhagen before I go.  Tomorrow I’m doing a half day trip to Sweden with my lovely friends Courtney and Joey and Amy, who are featured in some of my Russia pictures.  And on that note, I should go to bed so I can be awake and functioning for our foray into a different country.

or as the Germans say, tschüss!