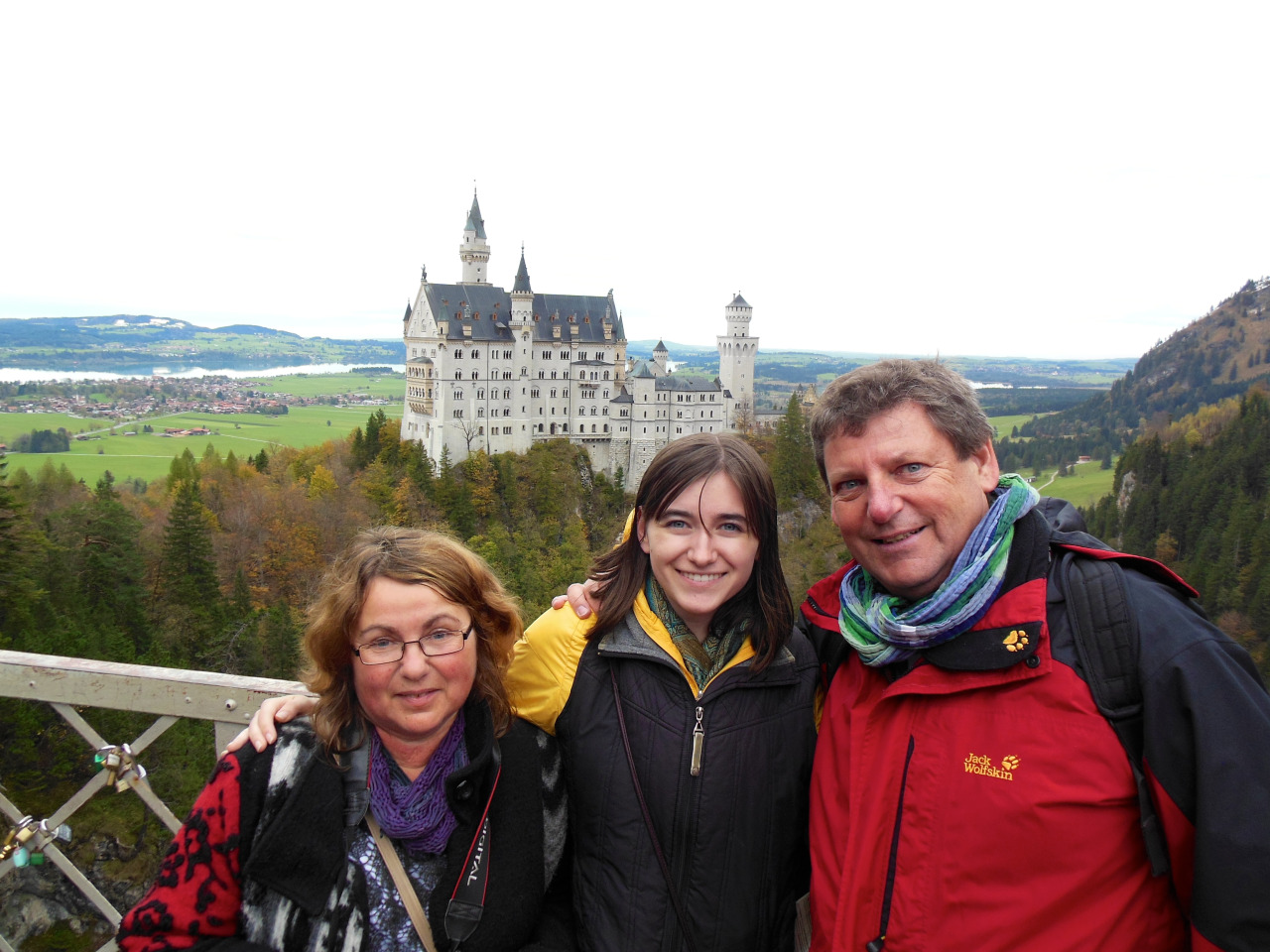 After Romania, I traveled to Munich (via Copenhagen) to meet up with my German family!  Quick background: shortly after WW2, a portion of my family moved to the US (I think somehow as refugees but it’s a bit unclear), and so the part of the family I met is my dad’s father’s family.  I believe I met my second cousin once removed, but since my United States family is so tiny I really don’t know the terms very well. 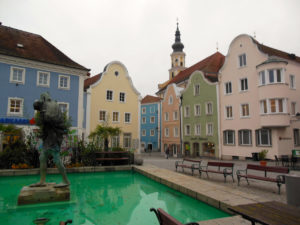 Regardless of our technical relation, Gerhard and Marina were so welcoming to me!  The first night we stayed in Passau, which is right near the Austrian border.  I was exhausted from the hiking trip, so I went to bed early the first night and tried to get up reasonably early for the next day.  We went into Austria for an hour, where I ordered a pastry without knowing what was in it that luckily turned out to be pretty delicious.  Then we went to a different part of the Austrian border and did a little hiking around at an area that used to be an old castle.  For the rest of the day, we walked around Passau, and they took me to a concert with the world’s largest cathedral organ.  Then we drove to Weißenhorn that night, and Gerhard and Marina even put me up in a hotel since the apartment was too small to have my room. 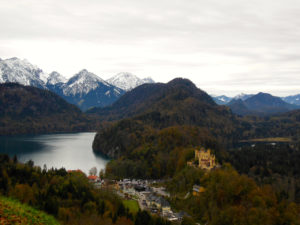 The next morning, we went to Neuschwanstein!  Seeing this castle was pretty much on my all time bucket list.  The inside was pretty strange though, which is how it goes when you have an insane king I would imagine.  One room was pretty much entirely swan motifs, and there was an artificial cave that he had added because he really liked an opera! 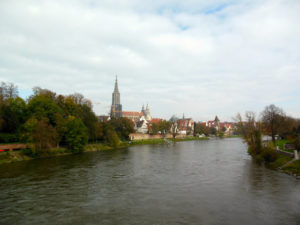 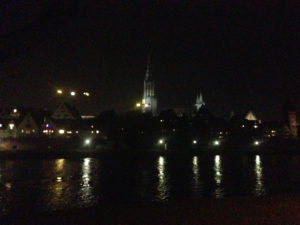 When we got back to Weißenhorn, we had dinner with the whole family.  It was basically me and eleven Germans, with only four speaking English.  Thus it was definitely the most acutely I’ve felt the whole language barrier thing.  But despite my confusion, being at a family dinner was so lovely.  It’s a much nicer atmosphere than sitting in my dorm.  If it’s appropriate to apply a Danish word to an interaction between Germans and an American, I would describe it as hyggeligt.  After dinner, we went to Ulm and walked around for a while.  We also tried to get ice cream before realizing that 9pm on a Saturday in late October is not a particularly popular time for this craving, but we did find some at an owl themed café back in Weißenhorn! 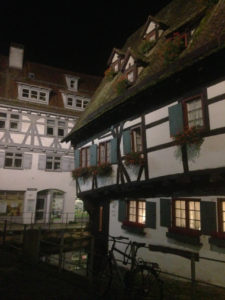 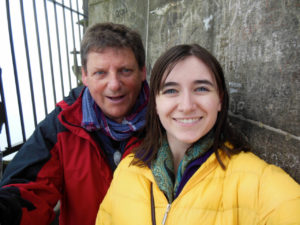 On Sunday, we went back to Ulm so that Gerhard and I could climb the world’s highest church tower, the Münster.  Sadly, it was pretty foggy, so the views weren’t as cool… apparently on clear days you can see the Alps from the top!  We spent the rest of the day walking around Munich before my flight.  I got a beer and a pretzel in the Hofbrauhaus, which feels like pretty much the epitome of German stereotypes. 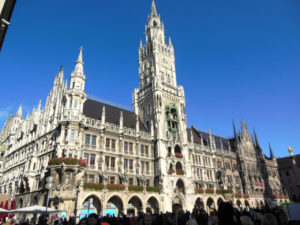 The whole weekend was incredible.  The German side of my family was so welcoming, and I had so much fun wandering around Bavaria with them.  I’m so glad that we managed to reconnect, and look forward to staying in contact with them.  I would love to try to come back and visit again!

I leave for Helsinki in two days, so look for those pictures next week.  Vi ses!