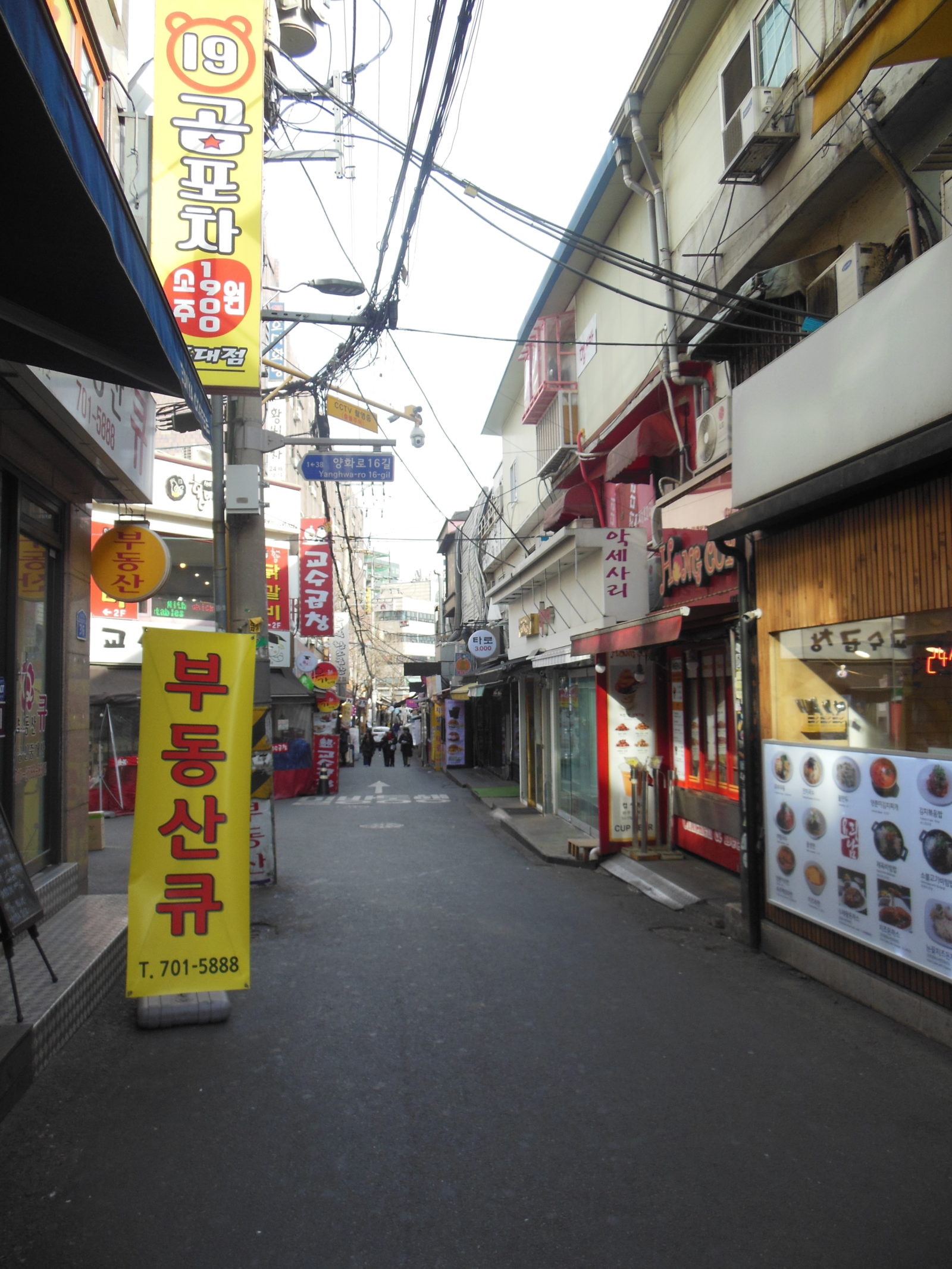 You know my biggest regret about my visit to Seoul?  That I had such a short time there.  I loved it immediately.  I took a red-eye from Chengdu and landed at about 5 a.m.  The flight over was amazing, actually, they gave us full meal service despite the fact that we were only in the air for about three hours.  When the stewardess asked me if I wanted food, I assumed it was that overpriced snack food they sell on American flights of that length.  When I saw a bunch of people eating dinner, I asked the girl next to me if it was free.  She said yes but gave me that “wow, you’re such a dumb American” look. 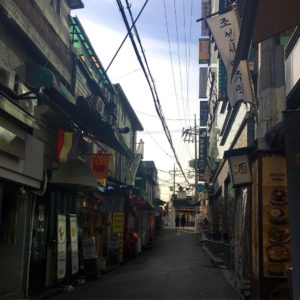 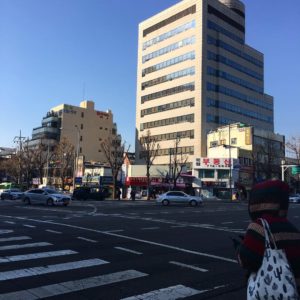 After I stored my luggage in the airport, I headed into the city!  It was amazing to not need to carry around luggage while I was there.  There was a slight wrinkle in getting transportation, because it turns out that you can only pay for their metro in cash.  Which wouldn’t have been an issue at all if it hadn’t been for the limit placed on my debit card back when I was sorting out the issues with my bank in China.  I managed to get $20 out of an ATM and celebrated like I was a broke college student.  For everything else, I had the wonderful experience of having my credit cards work again.

My first stop was a Korean bathhouse.  It was similar to the one I went to in Osaka, which made it less awkward because I actually knew what I was doing.  I spent a lot of time in the one with massaging jets, got some sleep, took a shower, charged my phone, and got to the point where I felt like a real person again.  Getting into a new country at 5 a.m. does make things more interesting. 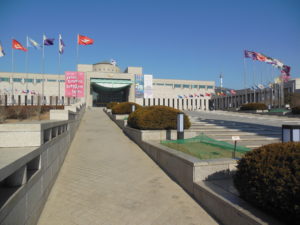 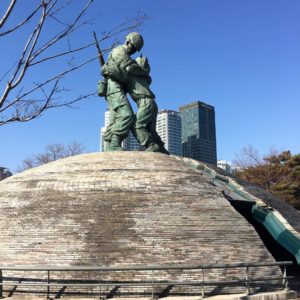 Once I had gotten refreshed at the spa, I headed over to the Korean War Memorial.  It was free, which is always a nice bonus, and it was fascinating.  They had tons of information about the Korean War, but beyond that, there were exhibits about Korea through the ages and military technology.  Romy tells me there’s an even area where they talk about the “comfort women” problem from their invasion of Japan, although I didn’t see that part. 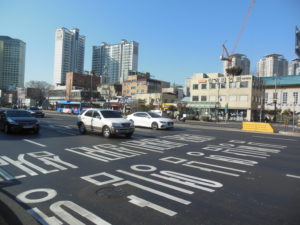 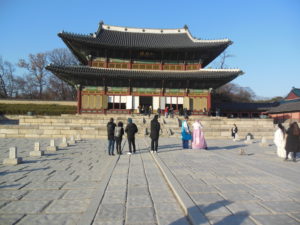 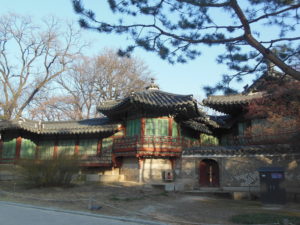 From there, I went to check in to my hanok.  I went back and forth over staying in a hotel or staying in the traditional homestay-style place that I found online and went with the latter, which was a great choice.  It was the home of a nice Korean woman who lent me slippers and made me tea, and I slept on a mattress pad on a heated floor.  In recovering from my sleepless night on the plane, I slept very well that night.  But before I went to sleep, I took a quick tour of my neighborhood and headed to Changgyeongung Palace.  It was a much more extensive palace complex than I expected.  I had dinner in the area and walked around the neighborhood until I was exhausted. 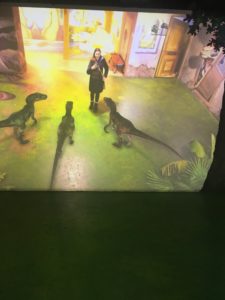 The next morning, I went to the Trick-eye Museum.  In hindsight, going there as a solo traveler was not my best move, because it is much better if someone can take pictures of you.  It wasn’t exactly what I thought it would be.  But!  It was absolutely worth it, because the neighborhood was really cool and I got to spend the rest of the day exploring it. 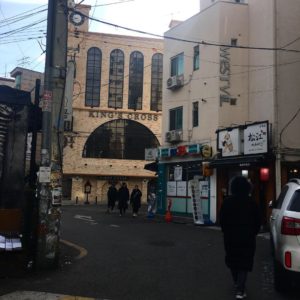 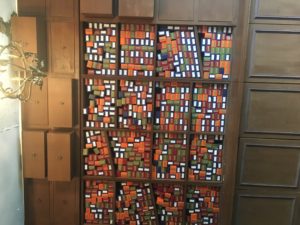 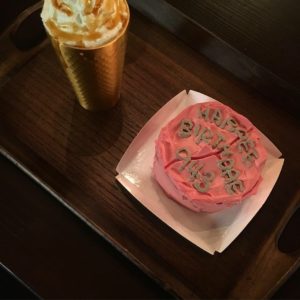 My favorite find was the Harry Potter café.  It had sections for the Great Hall, the dormitories, the common rooms, and a wizard café, and they had robes that people could try on.  I spent more than I’d care to admit to get a butterbeer and Harry Potter birthday cake, as pictured above.  I absolutely loved it! 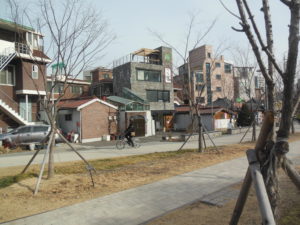 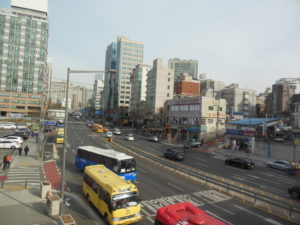 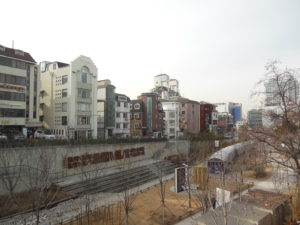 A few other notes from South Korea: (1) They have heated seats on their metro!  Which means they might even beat Japan on the metro front. (2) I met so many South Koreans, as they were very friendly and would start talking to me in English.  Several of them asked me if I was living in Korea – do they not get tourists?  Was I just not there in tourist season?  Either way, I’ve decided that if I did want to move to East Asia, I would pick Seoul. (3) I want to go back already.  At least it’s a good stopover back to the US.  Next time, I’d like to take one of the tours of the demilitarized zone, and I’d like to get down to Busan as well.  As always, there are so many places to travel and so little time and money.